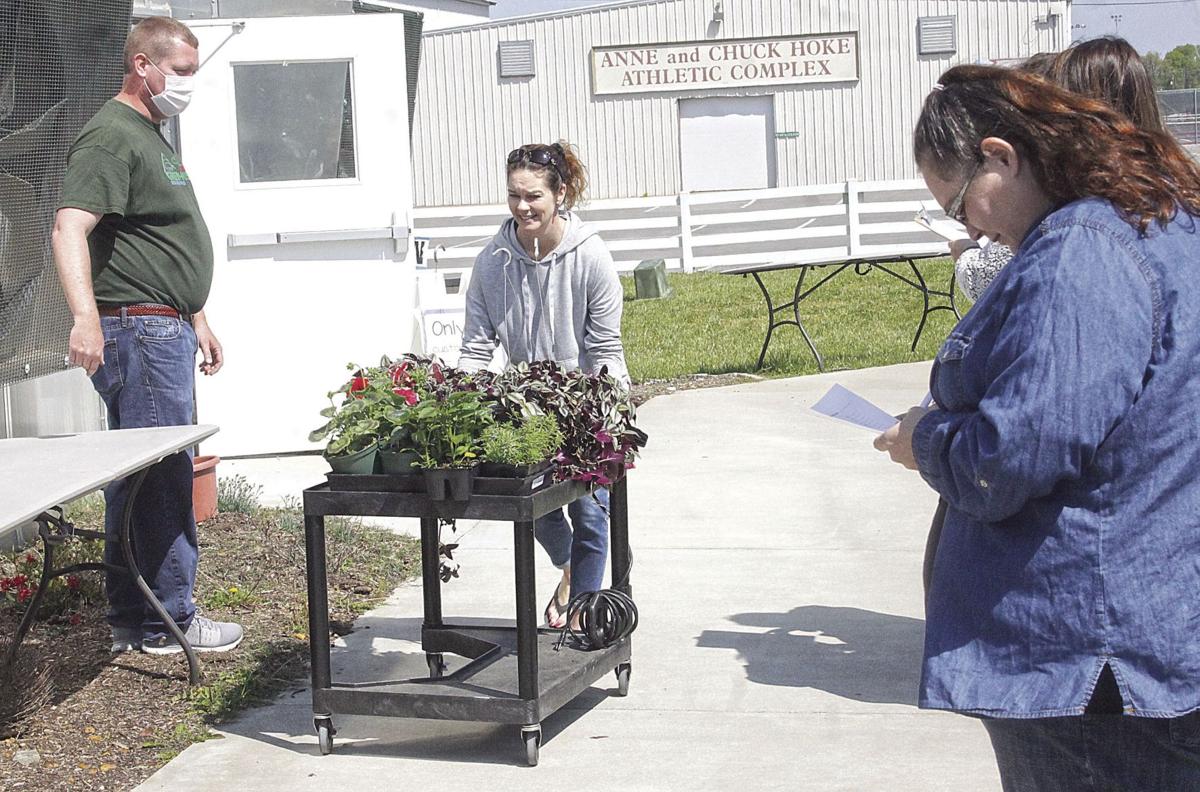 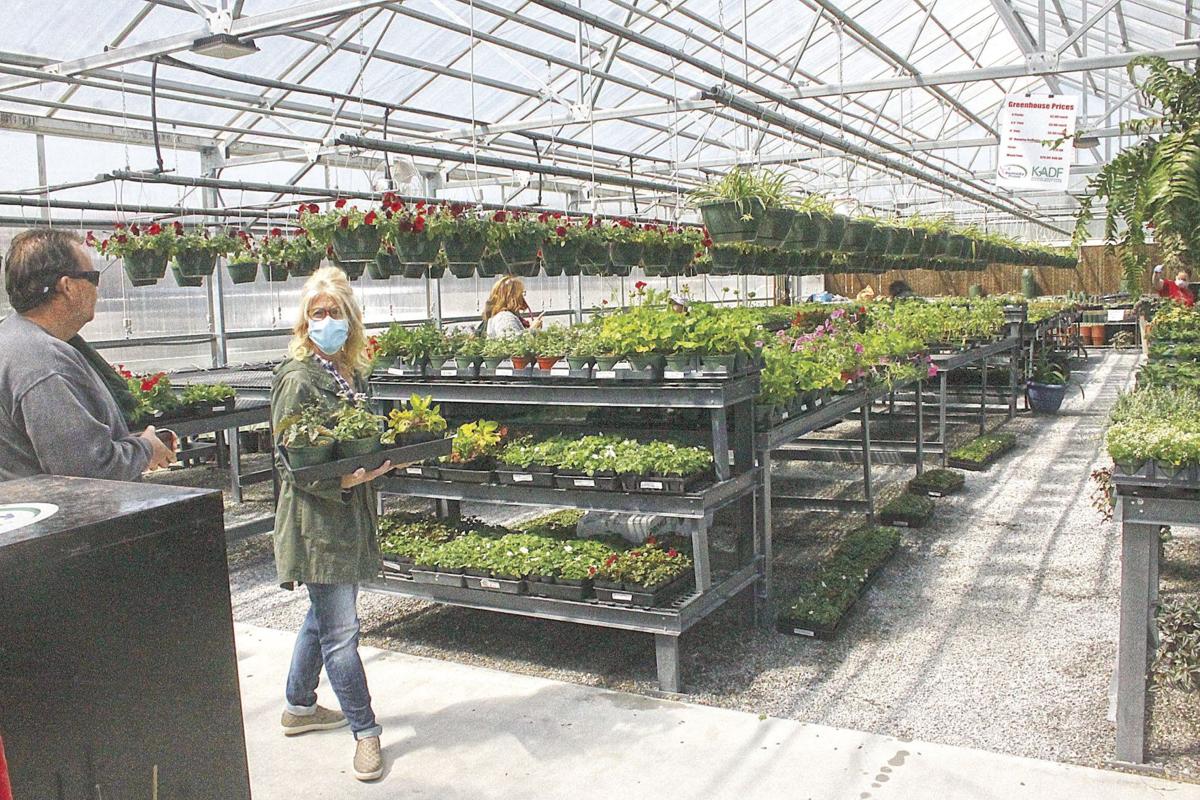 Customers, some wearing protective masks, were limited to four at a time during Saturday's annual Calloway County High School FFA plant sale at the campus' greenhouse.

Customers, some wearing protective masks, were limited to four at a time during Saturday's annual Calloway County High School FFA plant sale at the campus' greenhouse.

MURRAY — Perhaps it was fitting that Saturday’s 2020 Calloway County High School FFA Plant Sale was hosted across the street from the Cherry Expo Center at Murray State University.

It had been inside the Cherry venue that the last event or activity that had appeared on a calendar and had progressed as scheduled. That was the federal Bureau of Land Management Wild Mustang and Burro Adoption that ended a three-day run on March 22.

Then the COVID-19 pandemic shut everything down. Businesses, recreation facilities, government agencies and  schools all were casualties, ceasing their operations in the face of government-ordered closures aimed at stopping the spread of the coronavirus.

That was why Saturday was a pretty big day in a community that usually is chock full of events this time of year. It had been nearly a month since any event of any kind had happened, and the plant sale was the perfect time to gather, while social distancing of course.

“It was great,” said Calloway’s FFA advisor Jacob Falwell, who said about 100 customers came to the sale in a three-hour period. “Now, we did open at 9 and closed at noon, but anyone who has had a yard sale knows that we actually had customers lining up at 8 and we still had them coming in at 1:30 that afternoon.

Falwell said social distancing was a requirement, but he said it did not have to be strictly enforced. Customers made sure of that.

“We wore masks and limited the number of people who could go inside the greenhouse (to four customers at a time), but we didn’t have any problems at all,” he said.

“Not a single person was rude or impatient with us about having to wait their turn, and that’s what kind of community we have, and I wouldn’t have thought it would’ve been any other way. Sometimes, you see these negative things on social media, but I think everyone understands that we’re in a strange situation and we need to support each other. We’re trying to build  the plane, so to speak, as we’re also flying it and just trying to do our best.”

Lori Noel of Murray was one of the customers who came to the sale Saturday and, as she prepared to load her vehicle with a large batch of just-purchased plants, she remarked how nice it was to be able to do something outside her house or place of business after COVID-19 had held the community hostage for so long.

“This time of year, I love getting out in the yard. It puts some normalcy back in the day, so it’s nice to be able to get out here and also support the Calloway County FFA,” Noel said, observing that, at her place of business, people coming through the doors has not happened for awhile. “I work at a bank and it’s very empty in there right now. We’ve been very busy, but it’s primarily on the phone or electronic, so it’s good to be out here with people for a change.

“We come to this every year and we’ve got some Hanging Jews, some petunias, begonias, several things.”

Darren Lamb of Calloway County also said he hopes the plant sale is the first of several things he and others will be able to do over the next several weeks and months as the community emerges from the virus.

“It’s encouraging to get something to happen where people can actually go to it instead of having to drive through and get something,” Lamb said. “So we came today to get a couple of plants and support our local school.”

The only thing missing, though, was students. They grew it all,” said  Calloway’s FFA advisor Jacob Falwell, who said 96 of his students had a hand in producing plants for the sale this year. “Usually, we have around 60, so that was a much higher number for us. I just think there was something about having the chance to do something hands-on and see something grow from it.

“They enjoy being in the greenhouse and the fact that it’s a state-of-the art facility. We’ve had it now for three years (after a less modern facility was destroyed in a 2015 fire), and we’re still learning. Honestly, with the slowdown on things, I’ve learned a lot more about that greenhouse because I’m taking time to see what kinds of plants grow better inside and which ones don’t, and what performs better under what kind of irrigation. I think that is going to help us more in the future.”