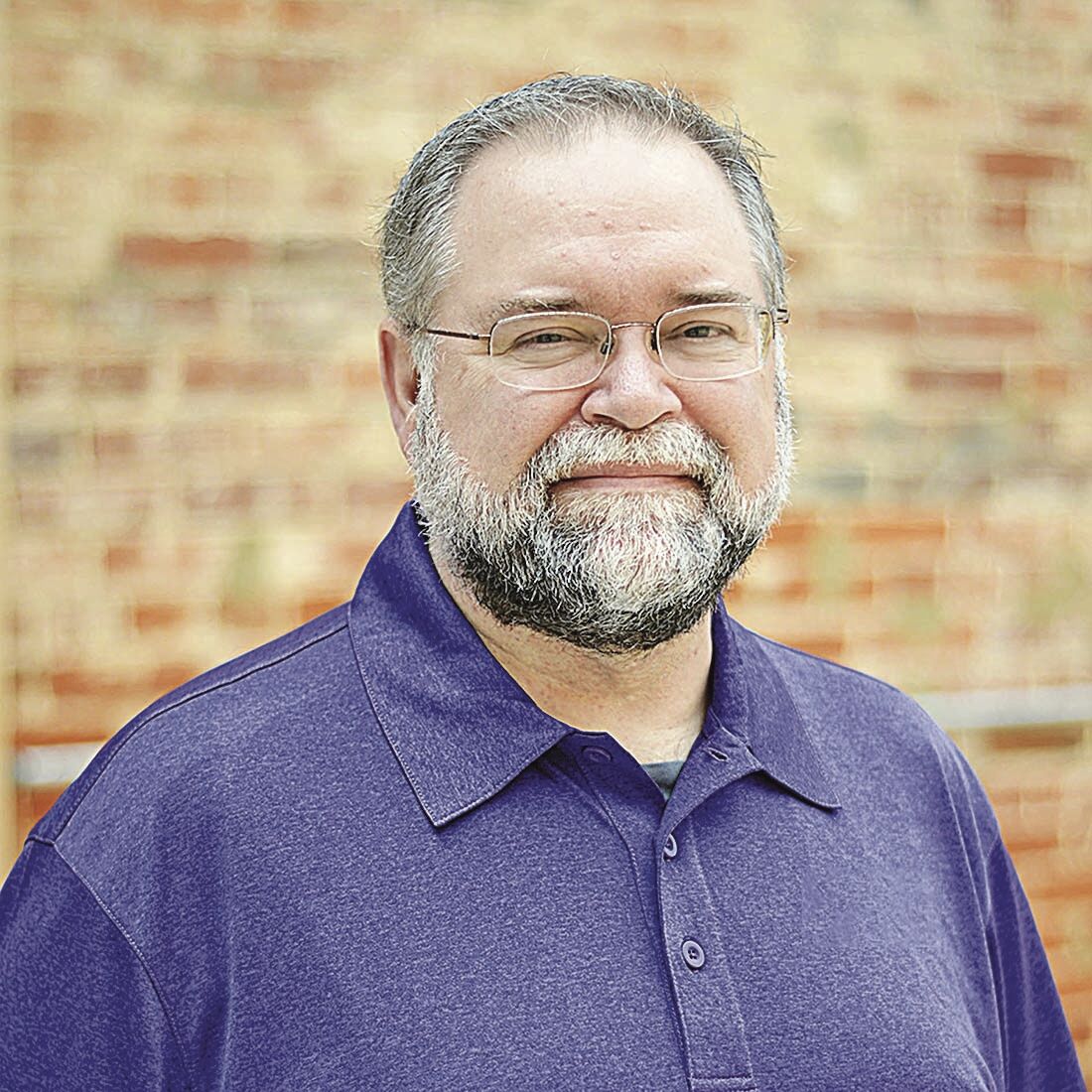 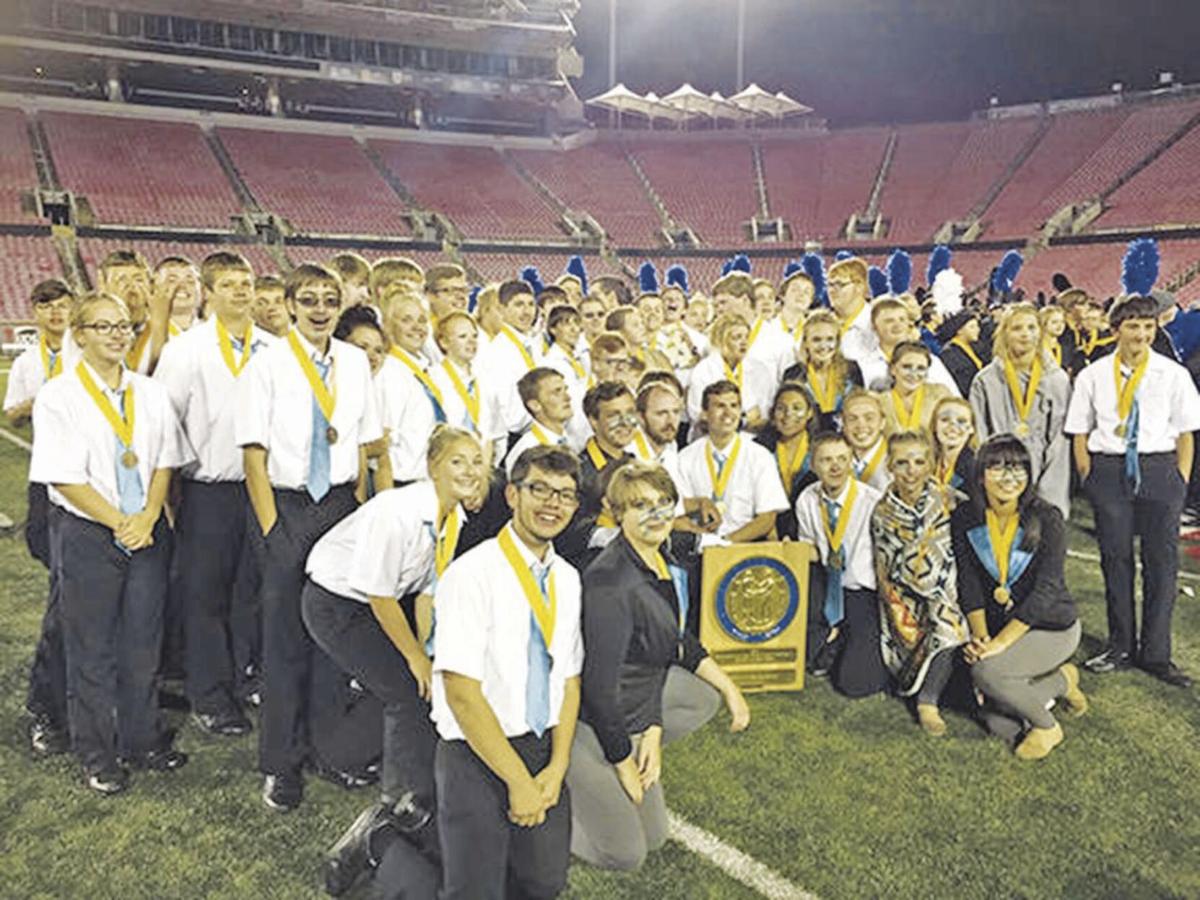 Members of the Calloway County High School Laker Band posed for this photo on the night of Oct. 28, 2017, just after they learned they had placed fourth in Class 3A at the Kentucky Music Educators Association State Marching Band Championships at Papa John's Cardinal Stadium on the campus of the University of Louisville. The Laker Band was under the direction of Derek Jones, who was named new director of bands at Bethel University in McKenzie, Tennessee a few days ago.

Members of the Calloway County High School Laker Band posed for this photo on the night of Oct. 28, 2017, just after they learned they had placed fourth in Class 3A at the Kentucky Music Educators Association State Marching Band Championships at Papa John's Cardinal Stadium on the campus of the University of Louisville. The Laker Band was under the direction of Derek Jones, who was named new director of bands at Bethel University in McKenzie, Tennessee a few days ago.

MURRAY — Call it a matter of an opportunity coming along at an imperfect time.

A few days ago, Derek Jones was preparing for the opening of the 2021 season as the director of the Calloway High School Laker Band. Band camp was approaching and, with this being the first year since the COVID-19 pandemic for a marching band to be able to play, it was a time he was very much anticipating.

Then the director of band’s position at nearby Bethel University in McKenzie, Tennessee suddenly became available. Jones looked into it. Then he applied. Then he was selected for an interview.

Then he was given the job.

“It kind of came about quickly, not the greatest of timing it seems, either,” said Jones on Wednesday. He was officially introduced as Bethel’s new director on Monday.

“That seems to be how the job market works sometimes. In fact, it seems like that’s how it is a lot lately.”

However, it appears this story is going to end well on all fronts. Jones said one thing he wanted to make clear was that Calloway would be in good hands, and he said the fact that applications include those of some very reputable directors, leaving him to feel confident.

That means he can head to Bethel with a clear mind.

“I love Calloway. It will always be a part of my life,” he said. “Obviously, I love the kids there, love the parents and it was a program that was really supported. But, at my age (51), I’m not getting any younger, and this was just a great opportunity for me to return to what I did before and I really loved that.”

What Jones did for 10 years before arriving at Calloway in 2010 was direct the band program at Lambuth University in Jackson, Tennessee. When he arrived to take over the Calloway band, he was 40 and said, at that time, that a move to the high school level provided a perfect fit.

Now, barely into his 50s, he said not only is he returning to a level that he said he really enjoyed at Lambuth, but it is also a chance to prove something.

“When high school or colleges are looking for a new band director, typically, they go for a younger person. I don’t know how to put it more delicately than that,” he said, snickering a bit. “You know, a lot of times, a place would want to get somebody a little more spry than I am, but I tried to impress upon (Bethel officials) that, ‘Hey! The older I am just means I’m a little more experienced.’

“They are great people over there … just phenomenal, phenomenal people and musicians. This is kind of the same situation I had when I went to Calloway. This is just too good of an opportunity to pass up. I just love teaching band and I want to do that as long as I can. You never know what path God puts you on, but I’m going to try to stay on this one as long as I can.”

Jones said he has lots of fond memories from his Calloway tenure. However, one is the gold standard, the fourth-place finish the Laker Band achieved in the 2017 Kentucky Music Educators Association State Marching Band Competition in Louisville.

“That was a great night,” he said, remembering how his players were dressed in uniforms that consisted of white button-down dress shirts with the sleeves pulled up to the elbow, offering little to no protection against quite cold conditions. “I remember we were standing out there (on the field during the awards ceremony) and most of the kids said they didn’t even feel it. I guess adrenaline was just flowing through them.

“Now, for me on the other hand, I had pants on that had the width of a paper towel, probably. When we got back to the hotel, my lips were blue and my hands were frozen. But we were thrilled to death, and that was the year Murray (High School’s Tiger Band) won their first (Class A) title, so it was just a great night all around.

“It’s going to be a different vibe with a college, where you’re going more for the crowd response and you don’t compete or anything like that. The one thing, though, that I hope we can accomplish is that we can make that football crowd happy so that they stand and clap and sing along with us. That’s what I’m looking for.”