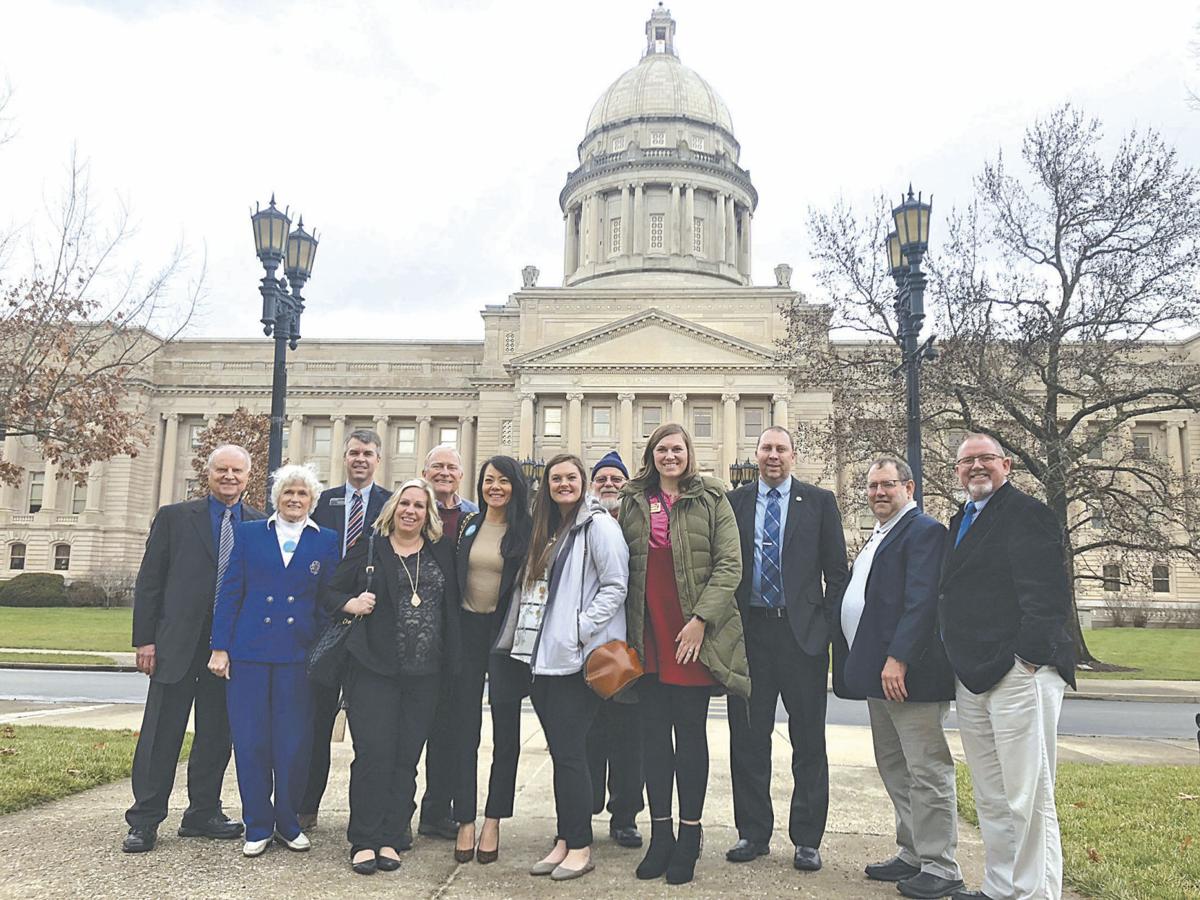 Some of the delegation from Calloway County stands in front of the Kentucky State Capitol on Thursday. The group traveled with the Murray-Calloway County Chamber of Commerce for its Calloway to the Capitol bus trip in conjunction with West Kentucky Day in Frankfort. 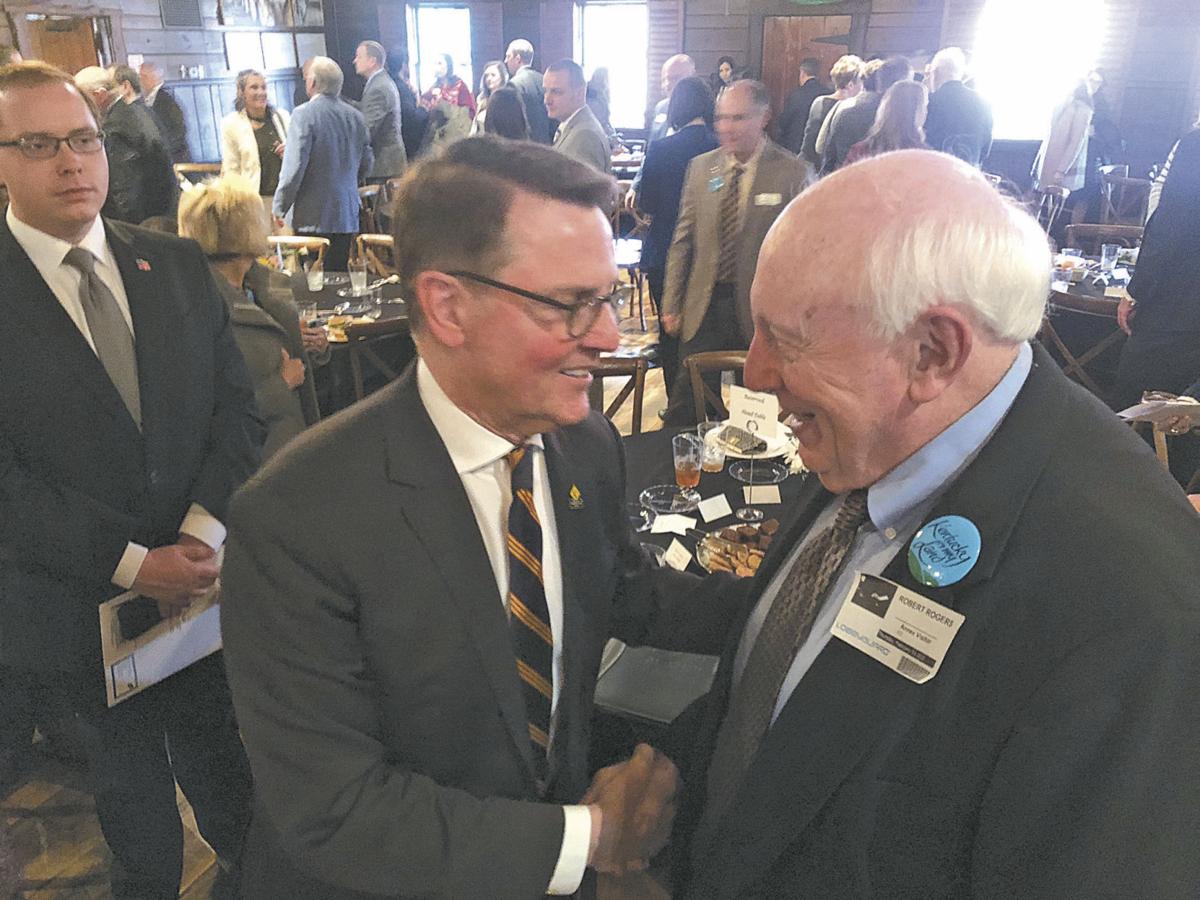 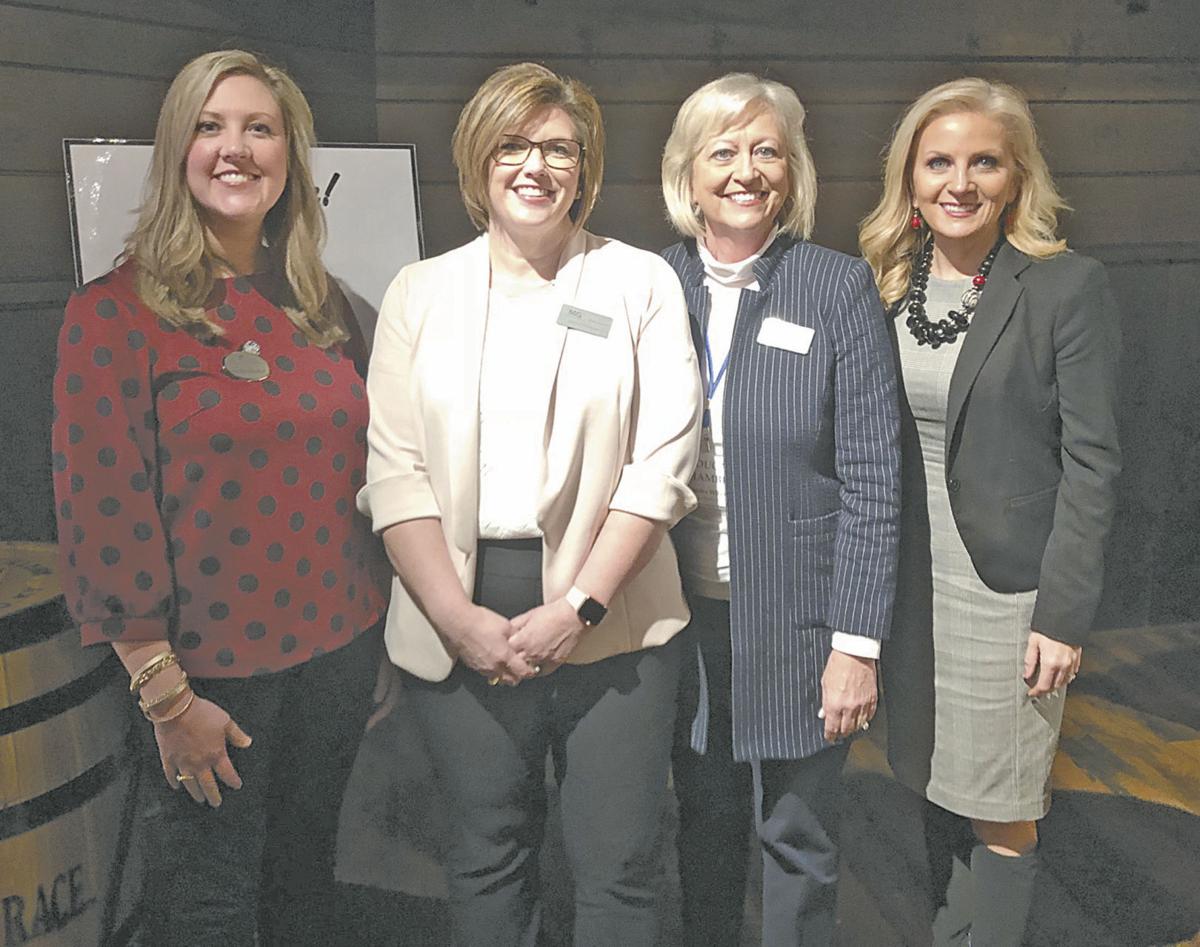 The four heads of chambers of commerce that came together to Frankfort for West Kentucky Day are pictured together Thursday. From left to right are Murray-Calloway County Chamber of Commerce President/CEO Michelle Bundren, Mayfield-Graves County's Denise Thompson, Paducah Area's Sandra Wilson and Christian County's Kelli Pendleton. 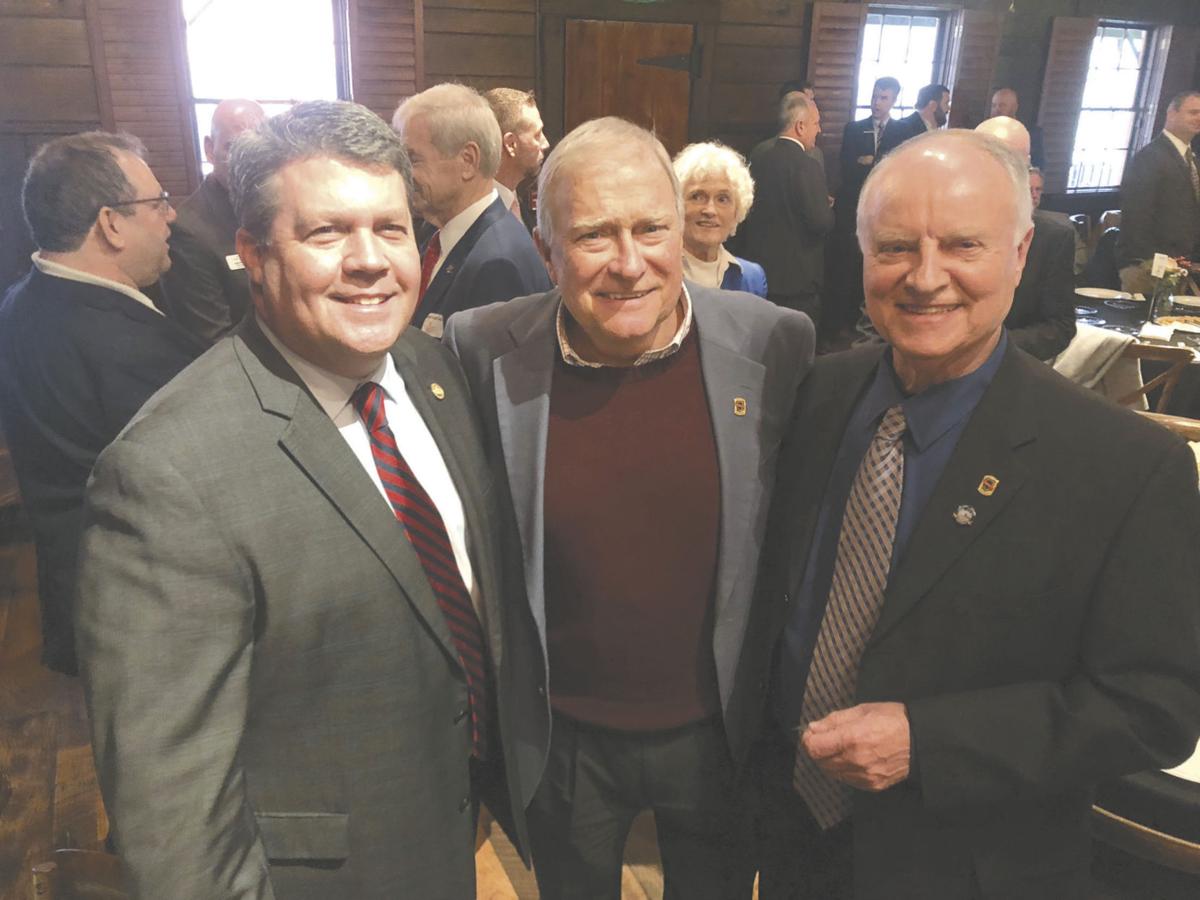 Some of the delegation from Calloway County stands in front of the Kentucky State Capitol on Thursday. The group traveled with the Murray-Calloway County Chamber of Commerce for its Calloway to the Capitol bus trip in conjunction with West Kentucky Day in Frankfort.

The four heads of chambers of commerce that came together to Frankfort for West Kentucky Day are pictured together Thursday. From left to right are Murray-Calloway County Chamber of Commerce President/CEO Michelle Bundren, Mayfield-Graves County's Denise Thompson, Paducah Area's Sandra Wilson and Christian County's Kelli Pendleton.

FRANKFORT – Every year, Calloway County’s representation as part of the annual West Kentucky Day in the commonwealth’s capital city gets larger.

Thursday, nearly 50 people – from small business owners to retirees to government officials – chose to participate in the Calloway segment, known as “Calloway to the Capitol.” As the name suggests, most of the day’s activity centers around the building where the Kentucky General Assembly conducts its business. Spearheaded by the Murray-Calloway County Chamber of Commerce, the idea is that heavy participation can send a message that the community’s citizens are interested in state business and are willing to drive four hours to demonstrate that point.

“It makes me pretty proud. It’s just encouraging to see so much support from our community,” said Murray-Calloway Chamber President and CEO Michelle Bundren, whose “Calloway to the Capitol” group was joined by 10-15 other Calloway residents who came separately.  “They are interested in the legislative process and policies.

The day’s festivities started with a luncheon at Frankfort’s Buffalo Trace Distillery, where an audience of about 165 people from throughout western Kentucky gathered. Those citizens had, of course, made roughly the same long drive as the Murray-Calloway delegation to represent their communities.

The day’s keynote speaker was new Kentucky Transportation Secretary Jim Gray, who spoke about a variety of issues, but also touched on what was the undisputed theme of the day, the need for an area to band together.

He told of how shortly after he took office, the judges-executive of the four westernmost counties in Kentucky – Ballard, Carlisle, Hickman and Fulton – came to Frankfort to talk to him about various transportation issues they are having.

“There needs to be more of that,” Gray said.

Bundren said the Calloway group demonstrated this as well.

“You look at the group we had here today; we had both the city and county governments represented, we had bankers, Realtors, small businesses, international businesses, just a wide variety. But they came together for a common cause,” she said.

The Calloway contingent then spent the afternoon meeting with state officials. One was a person who knows Calloway County quite well, Kentucky Education and Workforce Development Cabinet Deputy Secretary Josh Benton. He has been heavily involved with the ongoing issues surrounding the closing of Murray’s Briggs & Stratton plant and told the group of how that cabinet continues to stay in tune with the situation.

That was to have been followed by what appeared to have been a coup, a meeting with Gov. Andy Beshear. That was arranged by a Murray resident, John McConnell, who was appointed by Beshear to be the new executive director of boards and commissions. McConnell still made an appearance, but Beshear had to cancel to tend to a developing flood emergency in the eastern part of the commonwealth.

In Beshear’s place, though, was another person very familiar to the Murray area, Beshear’s senior advisor, and former longtime state legislator Rocky Adkins of Dry Ridge.

“This house is truly your house,” Adkins said as he met the Calloway group inside the Capitol’s press room. “It’s the people’s house. And we need you to be engaged. We need to know what is important to you, the things going on. You need to see him and he wants to see you. And that goes with something I learned long ago ... you’ve got to get out of here (Frankfort), get out of this bubble.”

McConnell also took the opportunity to address the throng that occupied nearly every seat in the room where press conferences are conducted. He quickly noted the large crowd.

“It feels fantastic to see this,” McConnell said. “I’ll tell you, and I see this every day, it takes a big effort to be involved. Hearing Rocky talk about things from over the years, it has made a difference (when people from across the commonwealth come to Frankfort). You have to be here to be involved.”

Beshear later did appear at the West Kentucky Thank You Night event that was expected to receive about 800 visitors at Kentucky State University. Also there, after a long day of legislative work was 1st District state Sen. Stan Humphries (R-Cadiz). This marked his last West Kentucky Day as a lawmaker, as he is not seeking a third term.

He said he always looks forward to this time, if for nothing else, to see people from his area.