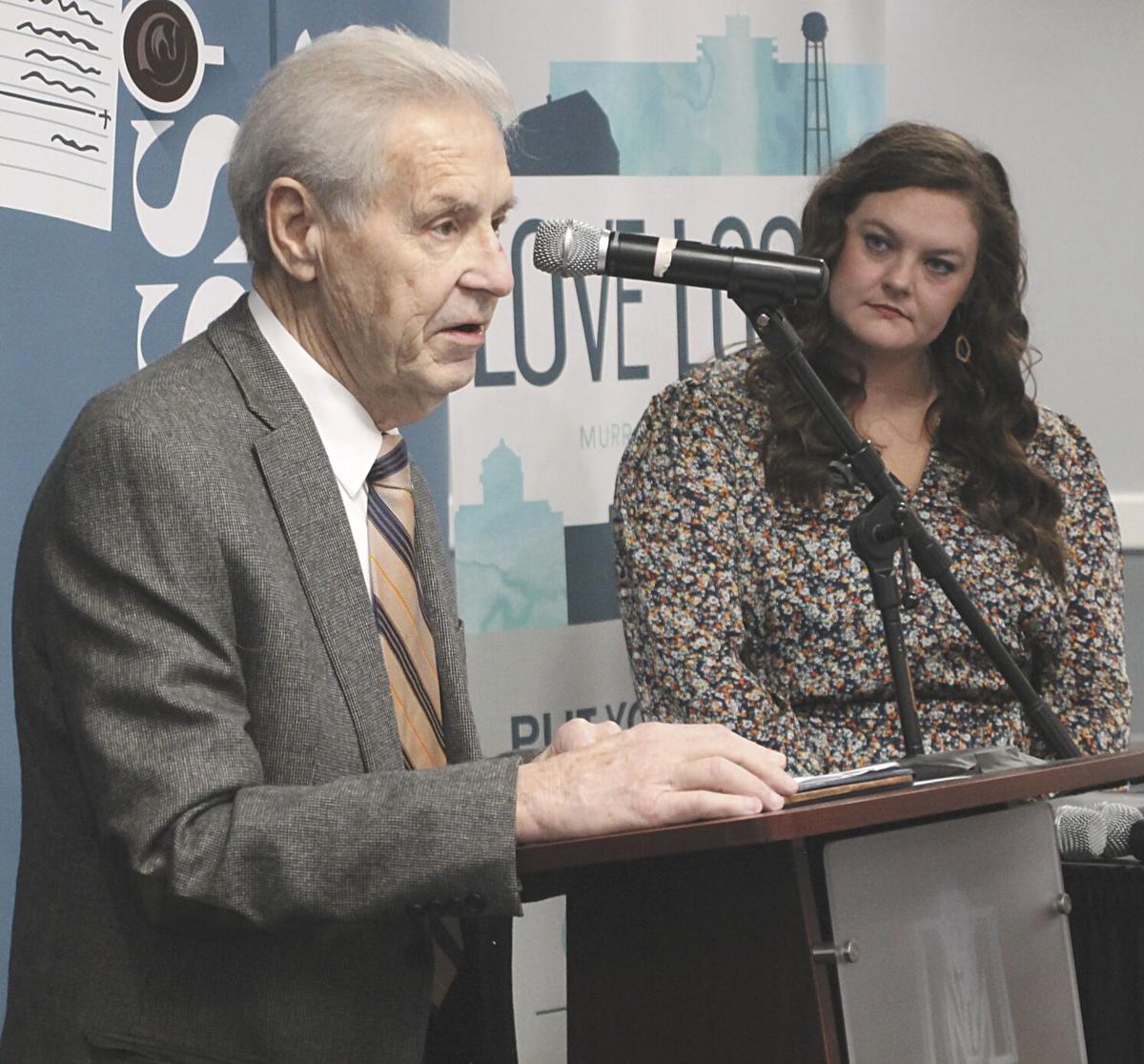 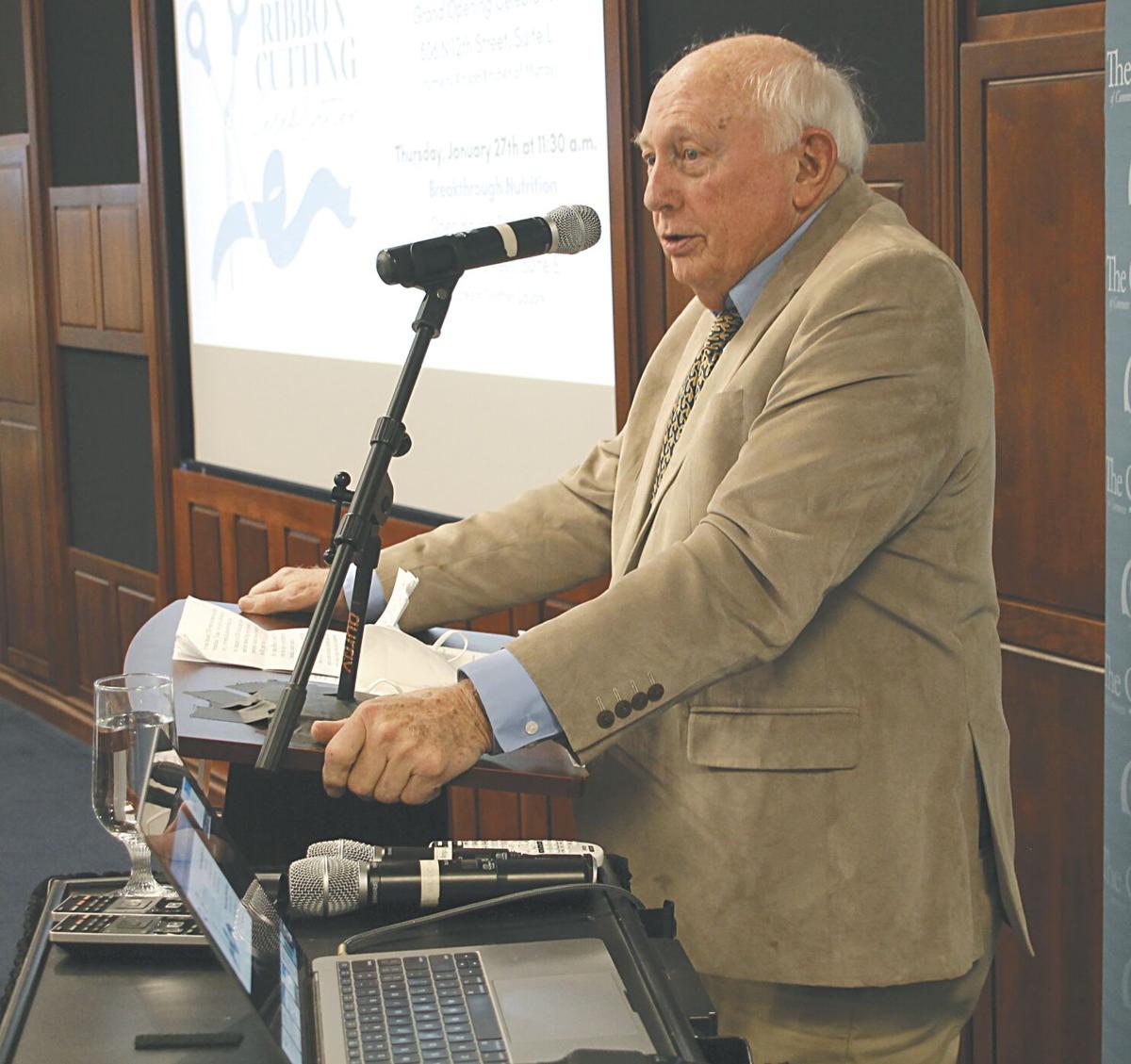 “The last time I spoke here was January 2020,” Rogers said in his opening remarks at the breakfast. “I had just finished my first year as mayor, and most of that year was spent trying to learn a little bit about the job and about all that goes into running the city. We had five new council members, and we all learned together. And when I spoke to you in January 2020, we had just learned that Briggs & Stratton was shutting down the plant and 628 people had lost their jobs. We were devastated and we thought, ‘Surely it’s going to get better.’”

Obviously, fate had other plans, and the city soon had to adjust to dealing with the coronavirus. City Hall shut its doors to the public for a period of time, but Rogers said staff continued serving the public

“Our job at City Hall is to keep the services coming to the people,” Rogers said. “That’s what we tried to do, and I’m going to tell you, it wasn’t easy because we had a lot of people with COVID too. And if the COVID people were sick, they were home, and if their children or family members were sick, they also stayed home. So trying to provide all the utilities – all the gas, water, wastewater, all the things the city tries to provide – was quite a challenge. In fact, with all the things that happened the last two years, the thing that I’m probably the most proud of is that the services continued. Never at any time did they cease. We might have been late picking up limbs one time, but that’s the only thing I can think of. So I’m very proud of our people at City Hall and the services they provided.”

Rogers said that amidst protests last summer and controversy over the Confederate monument downtown, he commended Murray Police Chief Jeff Liles and his officers for keeping things from getting out of control. With the pandemic continuing, staffing problems continue to be an issue, with firefighters occasionally having to work multiple 24-hour shifts in a row, he said.

Rogers said he and Imes plan to appeal to the U.S. Census Bureau about Murray and Calloway County’s results because they don’t believe they are accurate. He said that with 9,000 households, even if there were only two people living in each house, that would still be 18,000, which is still slightly more than the official number the bureau has released for the city. He said Murray continues to grow and the city is in the process of trying to run a sewer line out toward KY 80 because it looks like that is where much future growth will occur.

During his portion of the presentation, Imes talked about how 2021 started with the Calloway County Fiscal Court bringing in Belinda Steward Architects from Eupora, Mississippi to examine the courthouse and make recommendations for improvements through a grant with Murray Main Street. The following month, the Calloway County Health Department worked with Murray State University and the state to set up a COVID-19 vaccination clinic at the CFSB Center.

Unfortunately, later in February, five inches of rain fell in six hours, necessitating the need for Imes to declare a state of emergency, he said. He said the flooding caused major damage to 126 county roads and several structures, but he was proud of the work the county road department, Calloway County Sheriff’s Office, Murray Police Department and work release inmates from the Calloway County Jail did to close roads, clear debris and maintain public safety.

Imes discussed COVID relief money the county received last spring, allowing the fiscal court to approve a $23 million budget with $7.5 million in American Rescue Plan Act (ARPA) funding for one-time projects. Some of that money has been partially earmarked for broadband and water projects, and he said he is looking forward to improving internet service for county residents.

Other 2021 highlights included the county receiving more than $500,000 for road repairs and receiving a grant to digitize county records. Although not a joyful moment, Imes said that when the Dec. 10 tornado destroyed large portions of surrounding counties, he was proud to see so many come to the aid of Calloway County’s neighbors. This included Calloway County Emergency Management, CCSO and Calloway County Fire-Rescue immediately providing aid to other first responders, and CCFR’s drone being used to assess and document tornado damage, he said. He also mentioned the housing and other accommodations Murray State provided to Federal Emergency Management Agency and Kentucky National Guard personnel.

Imes said that with the county’s bicentennial, Murray State’s centennial and Murray Independent School District’s sesquicentennial all occurring this year, 2022 should be a year of celebration for local residents. He said the bicentennial book the county is putting together and publishing with the help of Calloway County native Bobbie Smith Bryant will be a great keepsake, and to date, it has received more than 300 individual submissions for historical information to be included. He said the county has received more than 100 orders so far, and he hopes to have copies of the book sent out two weeks before Founders Day arrives on Nov. 3, the day the state legislature officially brought Calloway County into existence.