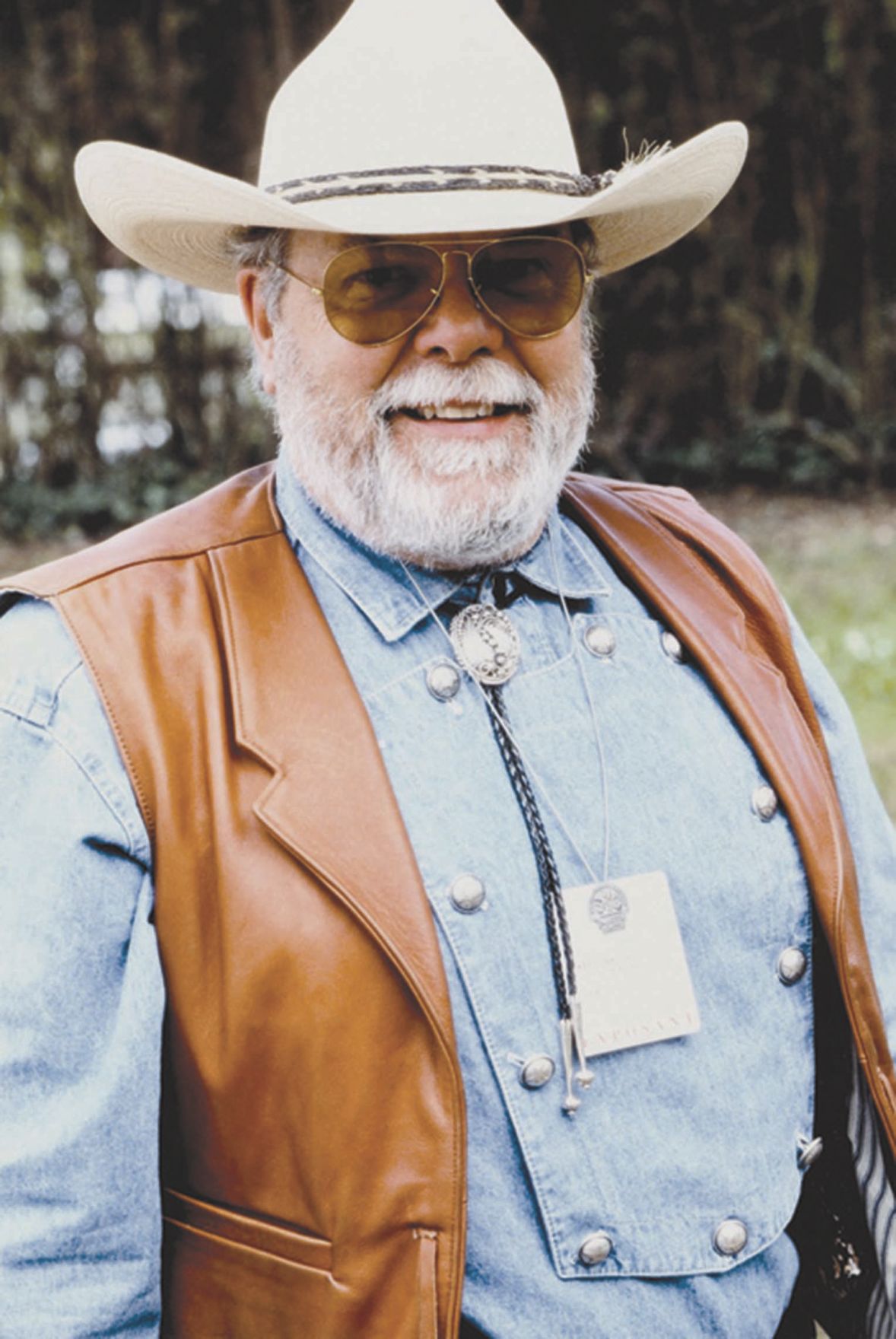 Almo resident Joe Keeslar will be one of two new inductees to the BLADE Magazine Cutlery Hall Of Fame this August. 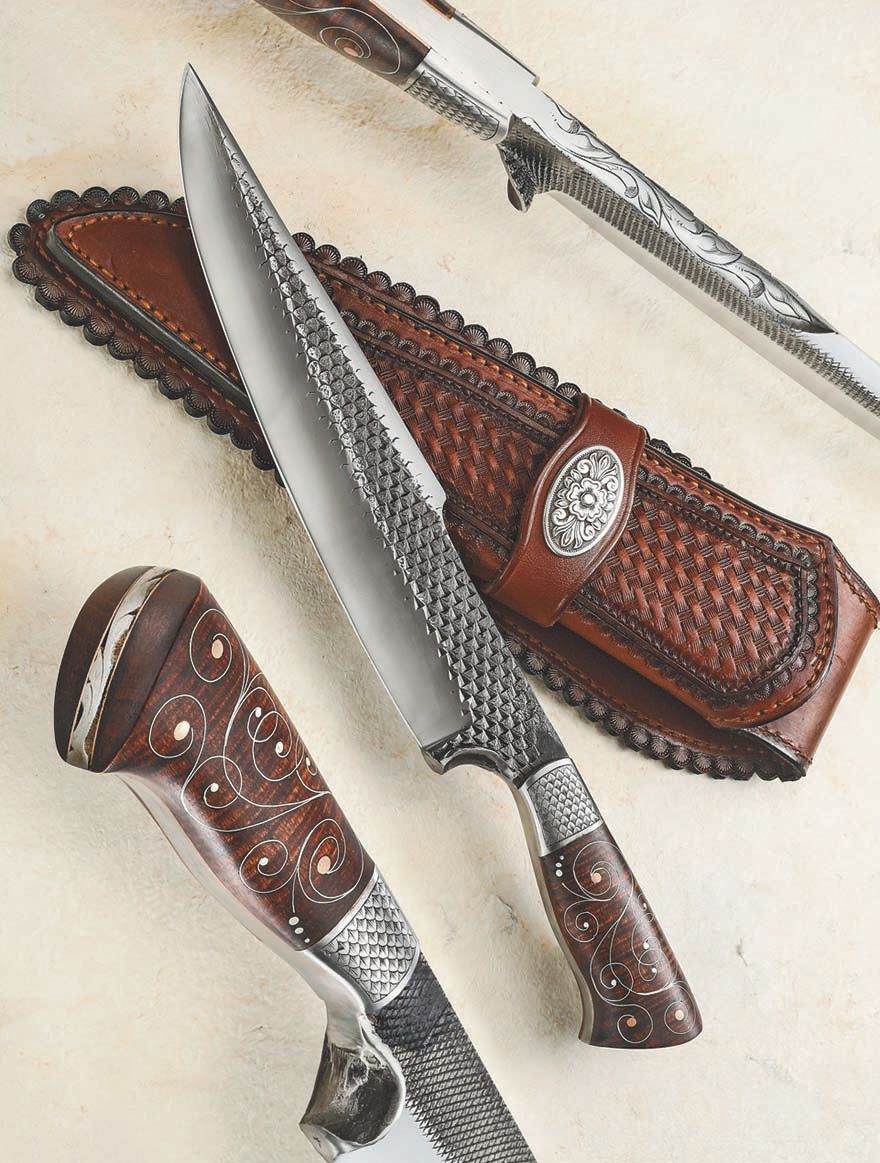 BLADE magazine said Almo's Joe Keeslar is known for his gorgeous brut de forge fixed blades in silver wire inlay and sheaths to match. It is one of the reasons he is being inducted into the magazine's Cutlery Hall of Fame this August.

Almo resident Joe Keeslar will be one of two new inductees to the BLADE Magazine Cutlery Hall Of Fame this August.

BLADE magazine said Almo's Joe Keeslar is known for his gorgeous brut de forge fixed blades in silver wire inlay and sheaths to match. It is one of the reasons he is being inducted into the magazine's Cutlery Hall of Fame this August.

ALMO – A Calloway County knifemaker will be one of two new inductees to the BLADE Magazine Cutlery Hall Of Fame this August.

According to the magazine’s website, www.blademag.com, BLADE is the world’s No. 1 knife publication. Joe Keeslar of Almo, who is an American Bladesmith Society master smith, will be one of this year’s nominees, and the other is knifemaker Jim Sornberger of Volcano, California. Both are military veterans, with Keeslar having served in the U.S. Marine Corps and Sornberger in the U.S. Army. They were selected in a vote of the sitting members of the Cutlery Hall Of Fame after an extensive nomination and final ballot process, BLADE said. They will be formally inducted at theBLADE Show 2020, which is scheduled for Aug. 7-9, at the Cobb Galleria Centre in Atlanta.

“In honoring me and my  bladesmithing career, they are also honoring the American Bladesmith Society and what it stands for – preserving the art of the forged blade through education,” Keeslar told the Ledger & Times. “Because of my teaching background and strong interest in handcrafts, I found the ideal organization to get involved with.

“I consider selection to The Cutlery Hall of Fame to be the most prestigious honor in my field and am humbled to have my work, publications, teaching and leadership in this organization recognized at this level.”

BLADE said that in order to qualify for the Cutlery Hall Of Fame, the inductee must have demonstrated extraordinary service to the knife industry; displayed honesty, character and integrity; advanced the industry by the creativity and originality of their works or contributions; as ambassadors or outstanding contributors furthered the positive impact of the knife industry on the world at large; and “in summary, demonstrated a worthiness to be a member of such a prestigious group.”

“A resident of Almo, Joe has had an extensive, storied career in the American Bladesmith Society, earning his ABS master smith stamp in 1989,” an article on BLADE’s website said. “Known for his forged fixed blades, many in the brut de forge style, he also is noted for his beautiful handles with silver wire inlay and matching leather sheaths, the latter often adorned with conchos and other rich embellishments.”

BLADE said Keeslar joined the ABS board of directors in 1991, served as ABS president from 2003 to 2007 and completed his second term as president in 2015. The magazine said he has had a dramatic influence on bladesmithing in Europe, where he was chiefly responsible for the first modern hammer-in held in France. He is also a frequent demonstrator at the Thiers Knife Show, one of Europe’s largest knife shows, in Thiers, which BLADE referred to as “the knifemaking capital of France.” He is the only American knifemaker to receive an honorary membership in the Confrerie du Couteau de Thiers, a French knifemaking organization.

BLADE quoted one nominator as writing, Joe is “the most effective maker in the USA to extend forged-blade activity in Europe,” and is the most active in spreading the ABS’s “high level of information.” He has taught knifemaking at the William F. Moran School Of Bladesmithing and at Haywood College, at hammer-ins in Alabama, Arkansas, North Carolina and Ohio, and at the first four renditions of BLADE University at the BLADE Show. He has written three books on the craft, which can be found at www.americanbladesmith.com: “Handles and Guards,” “Forging and Finishing the Brut de Forge Knife,” and “Making Leather Knife Sheaths.” He also is primarily responsible for the rapidly expanding ABS youth program, which holds an annual hammer-in at Smoky Mountain Knife Works.

According to another nominator, Joe “embodies the calm and consistent leadership, knifemaking skills, education and friendship that is so valuable to the entire world of knives.” According to another, “Joe has done more for the ABS than any person besides the late, great W.F. ‘Bill’ Moran.”

Keeslar was also awarded the inaugural Aldo and Edda Lorenzi Award at the 2015 BLADE Show for his many contributions as a mentor to bladesmiths worldwide.