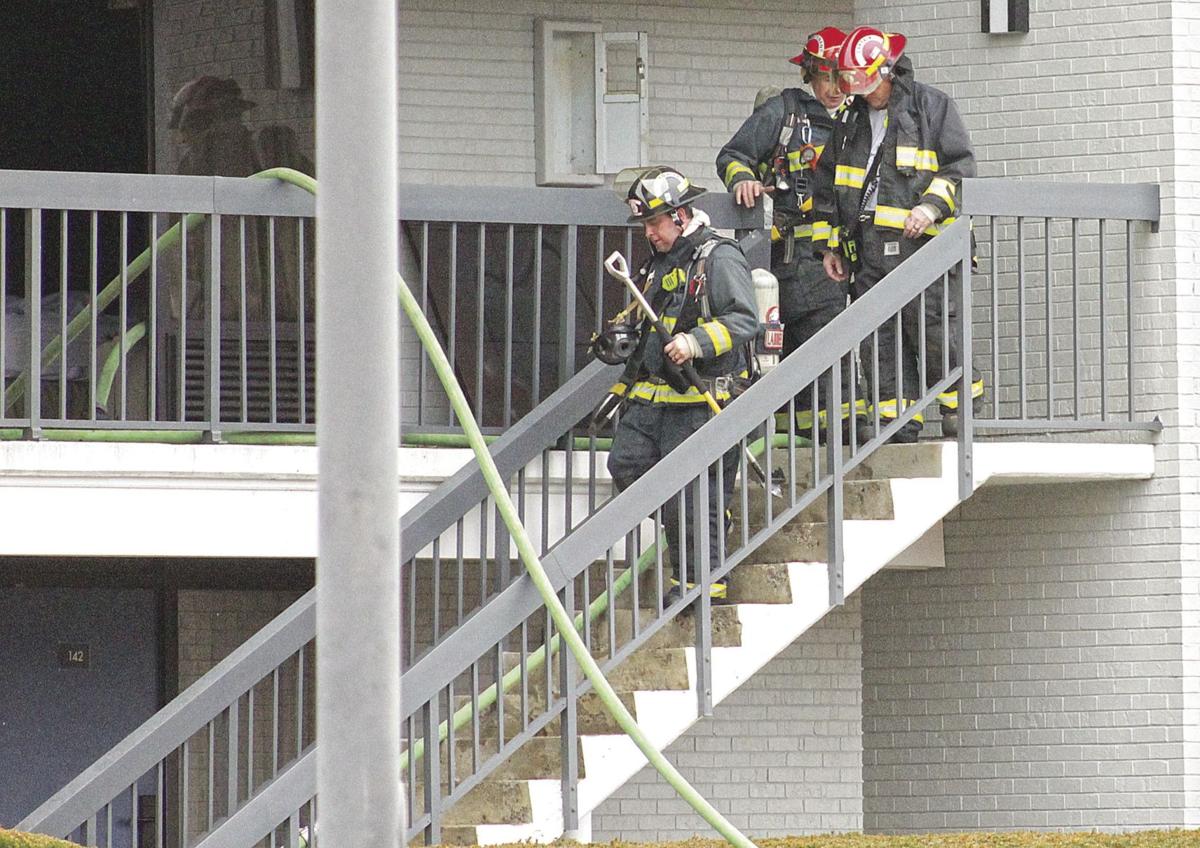 Three firefighters with the City of Murray Fire Department begin walking down flight of steps Tuesday morning at the rear portion of the Best Western hotel on the city's north side. A fire was reported inside one of the second-floor rooms of the complex. 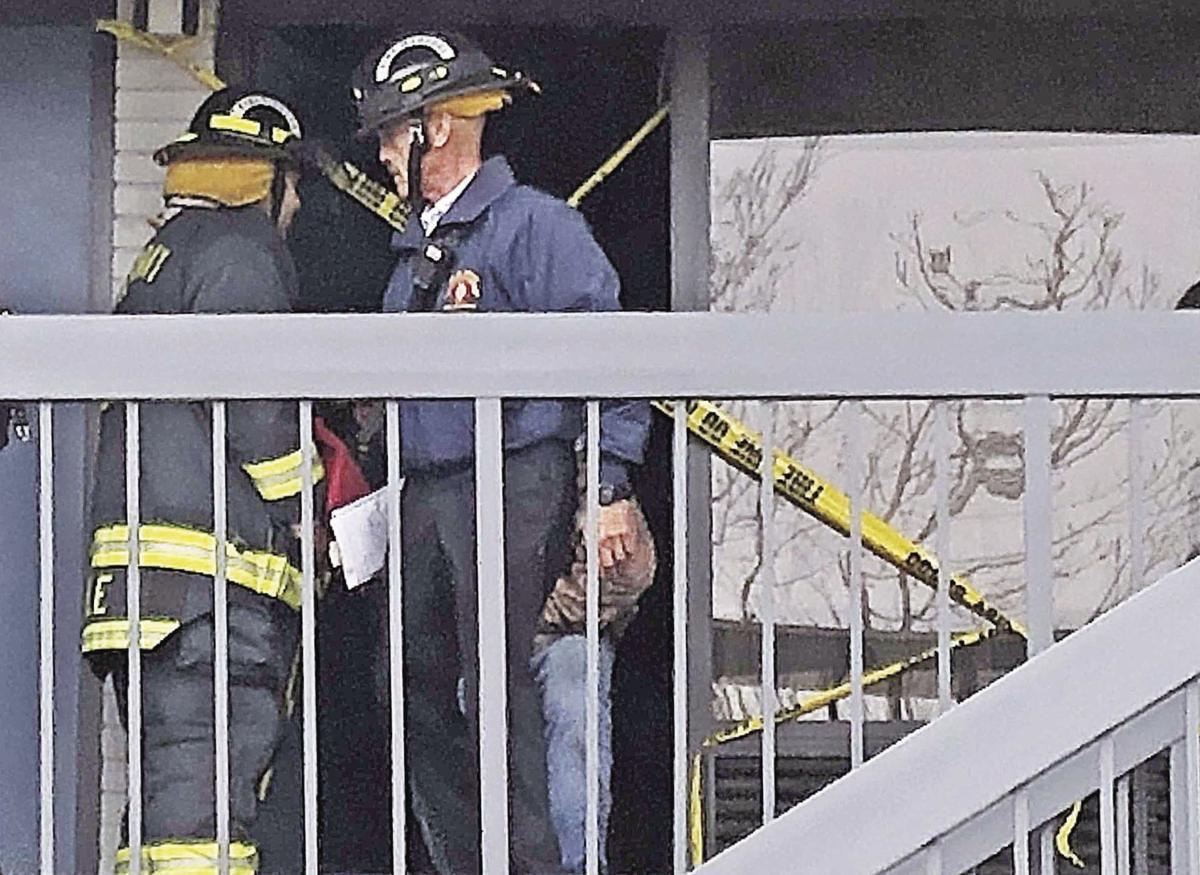 City of Murray Fire Marshal Greg Molinar emerges from inside a room at the Best Western hotel Tuesday morning after a fire had been extinguished.

Three firefighters with the City of Murray Fire Department begin walking down flight of steps Tuesday morning at the rear portion of the Best Western hotel on the city's north side. A fire was reported inside one of the second-floor rooms of the complex.

City of Murray Fire Marshal Greg Molinar emerges from inside a room at the Best Western hotel Tuesday morning after a fire had been extinguished.

MURRAY — No injuries were reported after a fire in an upstairs room of the Best Western hotel Tuesday on Murray’s north side.

“We had our first units advising that we had smoke showing from one of the rooms at the rear of the hotel, so, from there, we had to stretch a hose line up to the second floor and (firefighters) made access and found the fire,” Pololgruto said. “Once that happened, they were quickly able to contain the fire.

“We were able to have a very good response time once we got the call and, fortunately. that helped us keep (the fire) contained to the room it started in.”

No injuries were reported to either guests or firefighters, Pologruto said.

City of Murray Fire Marshal Greg Molinar said Tuesday afternoon that an investigation of the scene indicated that the fire started in the area of the twin bed farthest away from the room’s door. He said no cause had been determined and the fire was remaining under investigation, though he said, at this time, there is no reason to suspect anything suspicious.

“There were a couple of contractors staying in that room who have been working on the DAE-IL plant (at the nearby Murray West Industrial Park). They told me they left the room at about 6:45 in the morning, which is their routine every day, and they reported nothing unusual at that time,” said Molinar, who, ironically, was at the DAE-IL site when the fire was reported. “Yeah, I was doing an inspection out there, so I left there and was on the scene within a couple of minutes. I was the first on the scene for us and the rest of the units were right behind me.

“So the routine with the contractors is that they take a break at about 8:30 or so and they come back to the room and, again, they reported nothing out of the ordinary when they came back or after they left, which was just before the fire was reported.”

Molinar said housekeeping workers discovered the fire. They had greeted the contractors as they left to return to DAE-IL, reporting nothing unusual.

“Yeah, everything was fine. They didn’t sense anything wrong at that time,” Molinar said. “Then, one of them told me she started to smell smoke and she and some others looked toward the south from where they were and they could see some smoke coming out from under the door. So one of them went to the get the supervisor, while others stayed upstairs. They felt the door and it wasn’t hot and they noticed a fire extinguisher just outside the door and decided to pick it up.

“By that time, they were noticing more smoke and it was getting heavier, so they opened the door and one of the (housekeeping workers) attempted to use the extinguisher and she wasn’t successful in knocking down all of the fire.”

Pologruto said the dispatch call of a hotel fire immediately caught his and the firefighters’ attention because they all knew time was of the essence.

“That’s exactly right, because we know that it doesn’t take much time for a fire like this to go from a room itself into the roof,” the chief said, noting the architecture of the hotel. “With us having a smaller department like we have, once it’s in that roof, often times, you can lose the whole building and you have a common roof here that connects the entire building.

“It would be very, very hard to stop if it had gotten in that roof because, as long you have a common space, it could spread horizontally very easily.”

Molinar reported the damage to the room as being minor, but he said the hotel would remain open as no damage was reported beyond the room where the fire occurred.