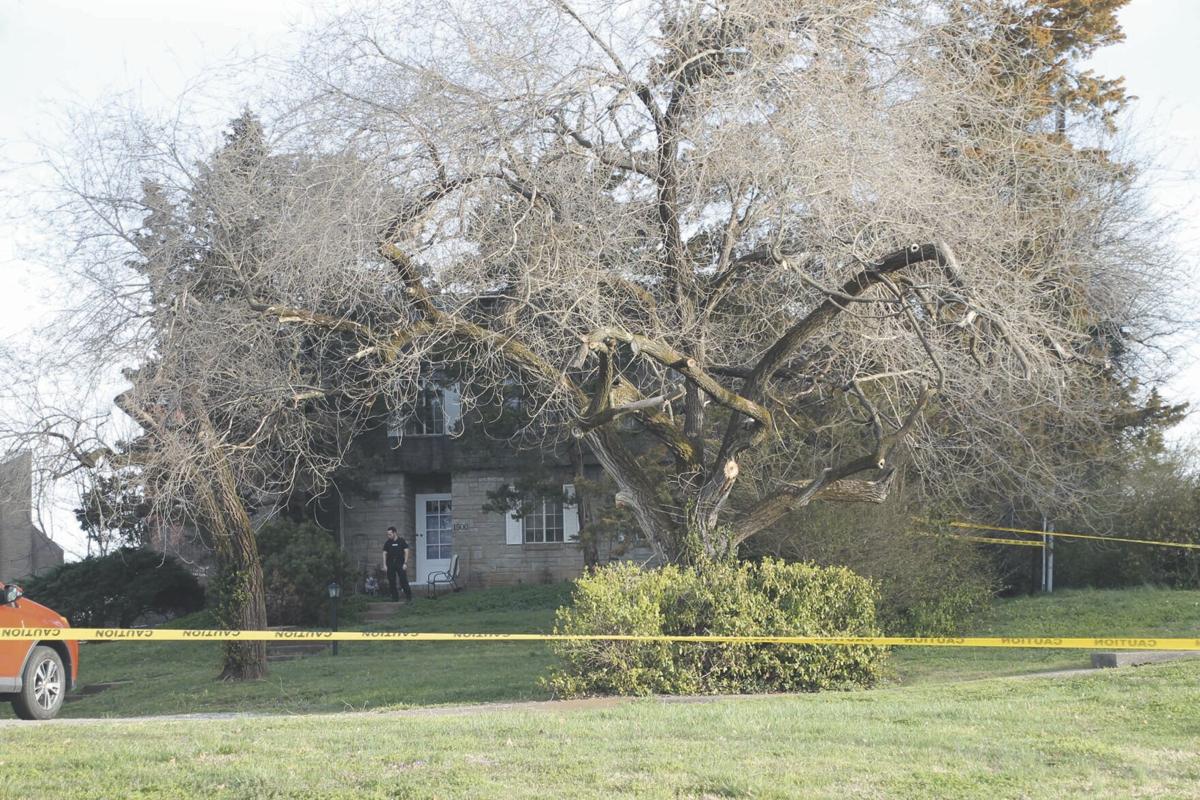 The scene of a reported shooting at 1500 Chestnut Street is surrounded by police tape Tuesday morning as the Murray Police Department investigates. 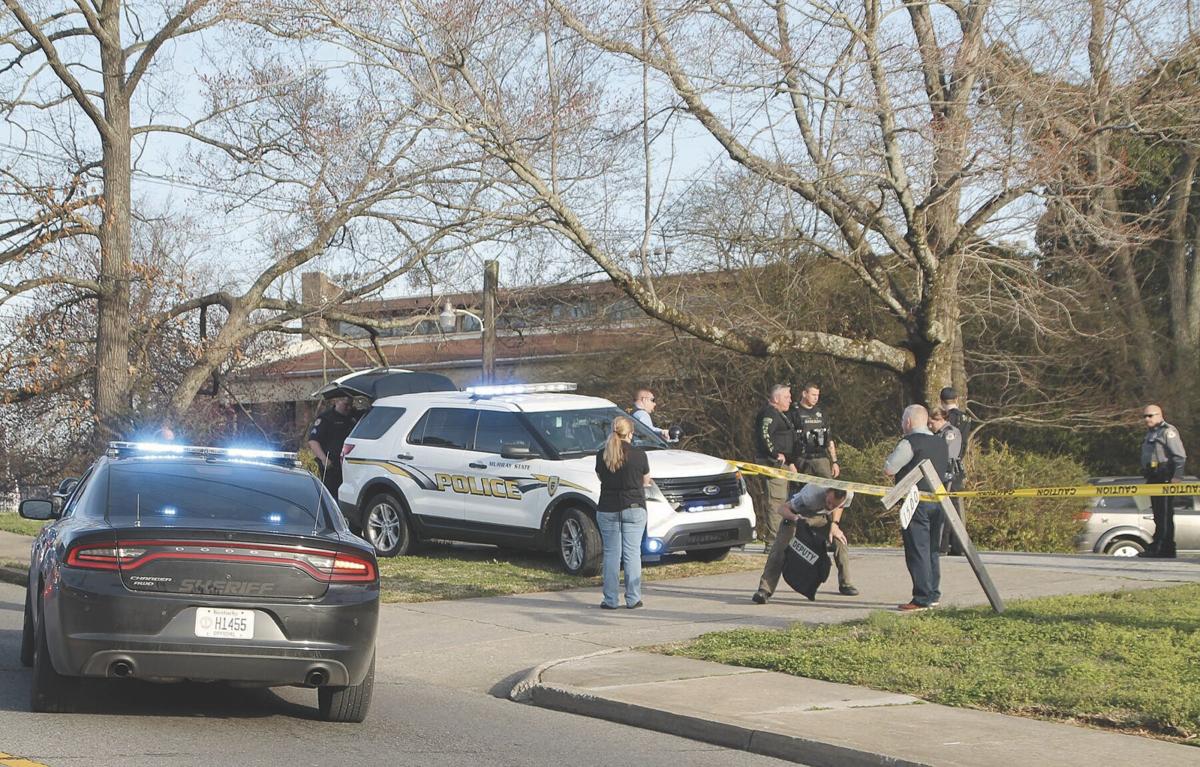 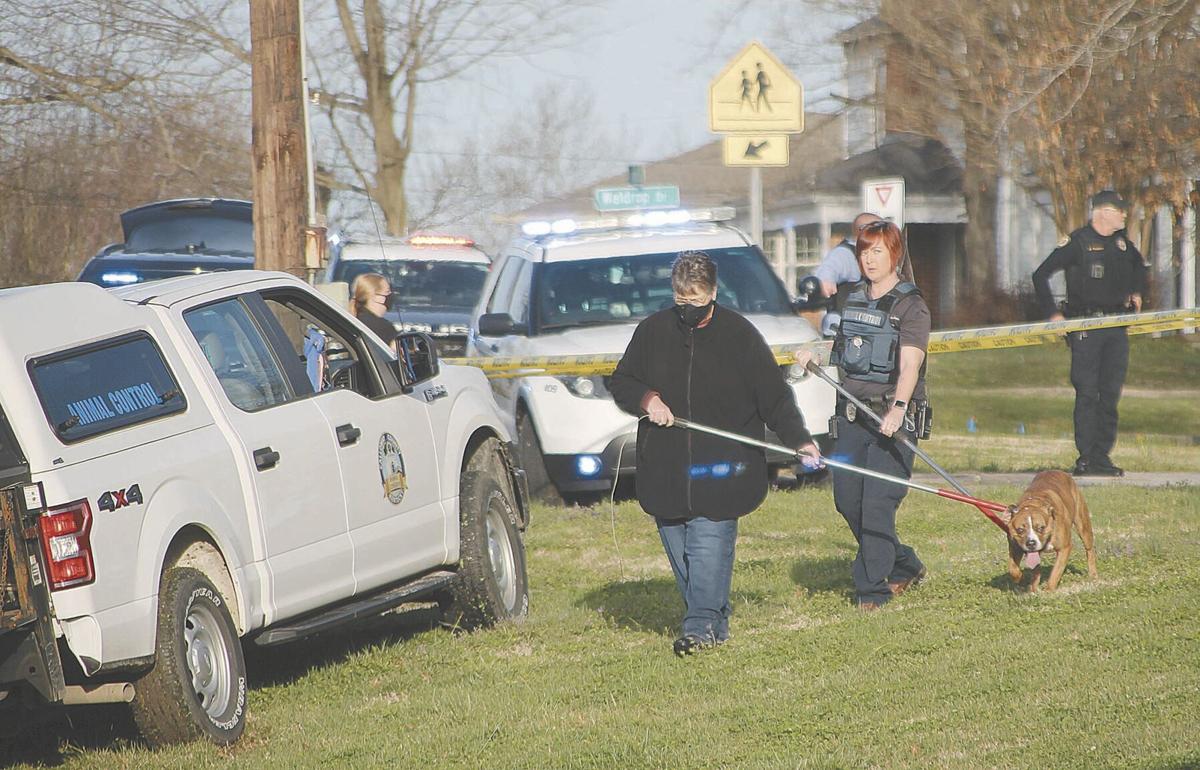 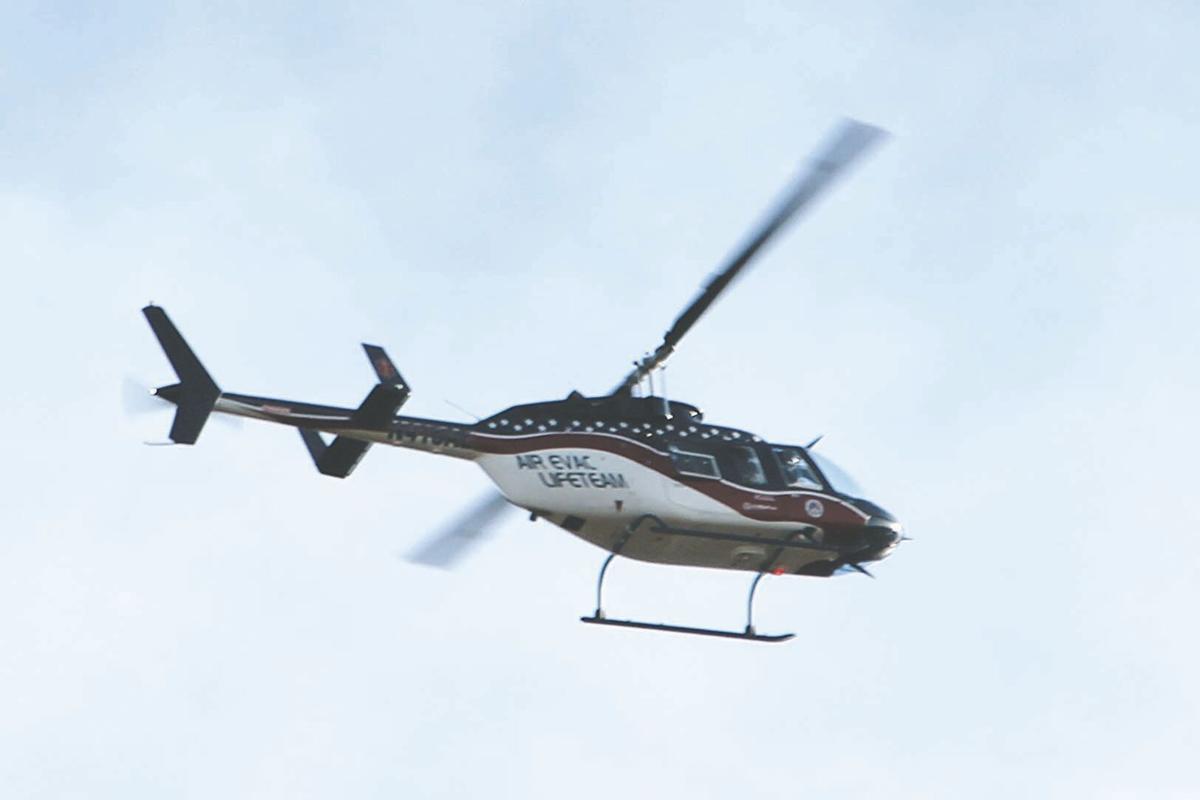 An Air Evac Lifeteam helicopter is seen flying over Murray State University's campus after law enforcement agencies and the Murray-Calloway County Ambulance Service responded to a reported shooting near the campus.

The scene of a reported shooting at 1500 Chestnut Street is surrounded by police tape Tuesday morning as the Murray Police Department investigates.

An Air Evac Lifeteam helicopter is seen flying over Murray State University's campus after law enforcement agencies and the Murray-Calloway County Ambulance Service responded to a reported shooting near the campus.

MURRAY – The Murray Police Department is investigating a shooting that was reported near the Murray State University campus Tuesday morning.

According to MPD spokesman Sgt. Andrew Wiggins, MPD responded at approximately 7:36 a.m. to the 1500 block of Chestnut Street in reference to a report of shots fired. As of 9:46 Tuesday morning, Wiggins said MPD was actively investigating the shooting in that area and was requesting that people avoid that area throughout the day. He said, at that time, that an update would be provided as the investigation continues, though the MPD did not issue any official statements later in the day.

After the shots were reported, Murray State issued several emergency alerts via text, email and Twitter to keep the campus community informed of what was happening. Shawn Touney, Murray State’s executive director of marketing and communication, said the first alert was sent at 7:46 a.m., saying, “There has been an incident reported next to campus. Residential colleges need to shelter in place at this time. All others avoid the area of Chestnut and the foot bridge.”

At 8:22 a.m., Murray State sent a second alert saying, “An All Clear has been given. You may resume activities as normal.”

At 9:17 a.m., Murray State President Bob Jackson issued the following statement: “Earlier this morning, the Murray State Police Department and Murray City Police responded to a shooting incident at a property adjacent to campus and a shelter in place message was sent immediately thereafter. The shooter is no longer a threat to the campus community. Multiple victims have been transported to the local hospital. At this time, we do not believe that the individuals were students or had any affiliation with Murray State University. There is no threat to the Murray State campus.

“Counseling services are available to our campus community at Elizabeth Residential Hall, as well as University Counseling Services at 270-809-6851 or msu.counselingcenter@murraystate.edu.”

Touney reiterated Tuesday afternoon that based on what they know now, university officials do not believe that the individuals involved in the shooting were students or had any other affiliation with Murray State. He said that in a situation like Tuesday morning, it is extremely important for the university to communicate with students, faculty and staff to make sure they are able to take the proper steps to stay safe.

“This was an extremely fast-moving situation that developed,” he said. “It was imperative, obviously, to communicate timely and accurate information for the safety of our campus community as part of our emergency communications plan. We’re very grateful to those first responders and law enforcement agencies involved, including our Murray State Police Department.”

Touney said University Counseling Services was made available for on-site counseling at Elizabeth Hall soon after the all-clear was issued since it was one of the residence halls closest to the shooting. He said he did not know if anyone took advantage of those services on Tuesday.

Touney said the university communications plan is a collaboration between many university officials, including the administration and Murray State Police.

“It came down to executing that plan in place when circumstances like this come up,” Touney said.

Wiggins said the MPD would like to remind everyone that any person charged with a criminal offense is innocent until proven guilty in a court of law. “If you have any information on this or any other crimes and would like to leave an anonymous tip, you can contact the Murray Calloway County Crimestoppers at 270-753-9500,” he said.

When contacted by phone Tuesday afternoon, Wiggins said he could not release any more information than he had that morning. Specifically, he said he could not comment on questions from the Ledger & Times asking if he could confirm that any people were shot; if or how many people were transported to the hospital; or whether or not anyone was flown to an out-of-town hospital by helicopter.

“At this time, we’re not releasing any other information due to the ongoing investigation,” Wiggins said.

“We responded this morning, and then we left,” said Calloway County Sheriff Nicky Knight. “Once we were confident and Murray PD was confident that the scene was secure, we left.”

The Ledger & Times observed Animal Control transporting a pit bull from the scene, but Wiggins said he could not comment on the matter.

The Ledger & Times was also unable to reach Calloway County Coroner Ricky Garland to ask if he was called to the scene or not.