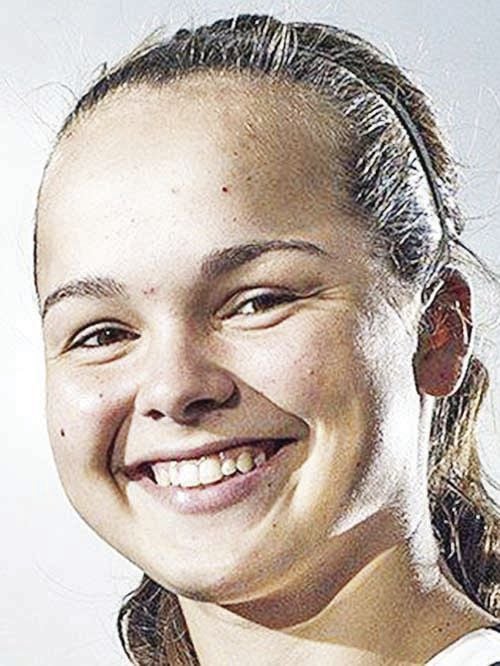 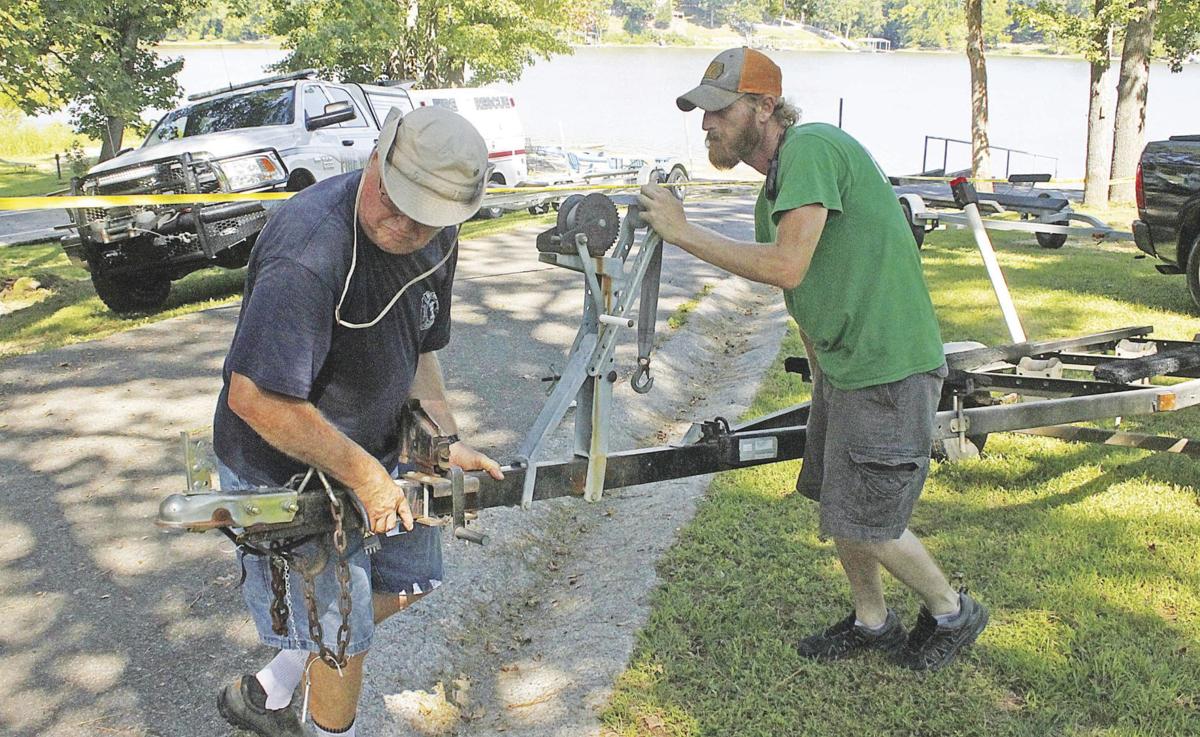 Calloway County Fire-Rescue firefighters Charlie Forberg, left, and Adam Wilson move a boat trailer to an awaiting truck Tuesday morning along Kentucky Lake in eastern Calloway County. Crews were engaged in their second day of searching for a Missouri woman who was reported missing Sunday night after she fell from a boat into the lake.

Calloway County Fire-Rescue firefighters Charlie Forberg, left, and Adam Wilson move a boat trailer to an awaiting truck Tuesday morning along Kentucky Lake in eastern Calloway County. Crews were engaged in their second day of searching for a Missouri woman who was reported missing Sunday night after she fell from a boat into the lake.

Samantha Brooke Ratledge, 22, of Scott City, Missouri, went missing at approximately 8 p.m. Sunday after she was thrown from a boat. Ratledge was a passenger aboard a pontoon boat that was headed south on Kentucky Lake near mile marker 48 out from Paradise Resort. According to witness statements, Ratledge got out of her seat and crossed the safety rail on the front of the vessel while it was still in motion and fell overboard. The vessel was stopped, but Ratledge was unable to be located.

The Region 1 Law Enforcement Division of the Kentucky Department of Fish and Wildlife responded to the scene alongside Calloway County and Marshall County Fire-Rescue. Calloway County Emergency Management Director Bill Call said emergency crews began their search Sunday night around 10:30 p.m. and terminated their first search efforts at 1 a.m. the following morning. Searching resumed Monday at about 6:30 a.m. and those efforts continued until about 8 p.m. Monday.

The search resumed Tuesday morning until Ratledge’s body was discovered around 10 a.m.

Call said the body was located in the general area Ratledge was reported to have gone overboard. He said her body washed up on shore after surfacing overnight.

Call said that members of CCFR found the body around 10 a.m. and that the body was removed from the scene sometime around 12:45 p.m. after the scene was processed. Call said that he was thankful to the many volunteers who came out and contributed to the search.

“We are grateful for the volunteers from Calloway County and Marshall County who put so much time into the search,” Call said. “We are also thankful for the support that Paradise Resort and Lynnhurst Resort gave us. They fed and encouraged the volunteers, and were very hospitable to the family members that had come in as well.”

Ratledge was a senior at Murray State. Tuesday, the university issued an official statement.

“On Tuesday afternoon, Murray State University was made aware of the tragic off-campus death of Samantha Ratledge, a student pursuing a degree in occupational safety and health from Scott City, Missouri. The University community extends its thoughts and prayers to Samantha’s family and friends during this very difficult time,” the statement read.

“Any students in need of assistance may contact University Counseling Services at 270-809-6851, while faculty and staff needing assistance are encouraged to contact the University’s Employee Assistance Program at 800-441-1327.”

Also on Sunday, James T. Nance, 49, of Calloway County, was arrested for boating under the influence in the first degree, and was lodged in the Calloway County Jail. A release from KDFWR Law Enforcement said alcohol was a factor in the incident.