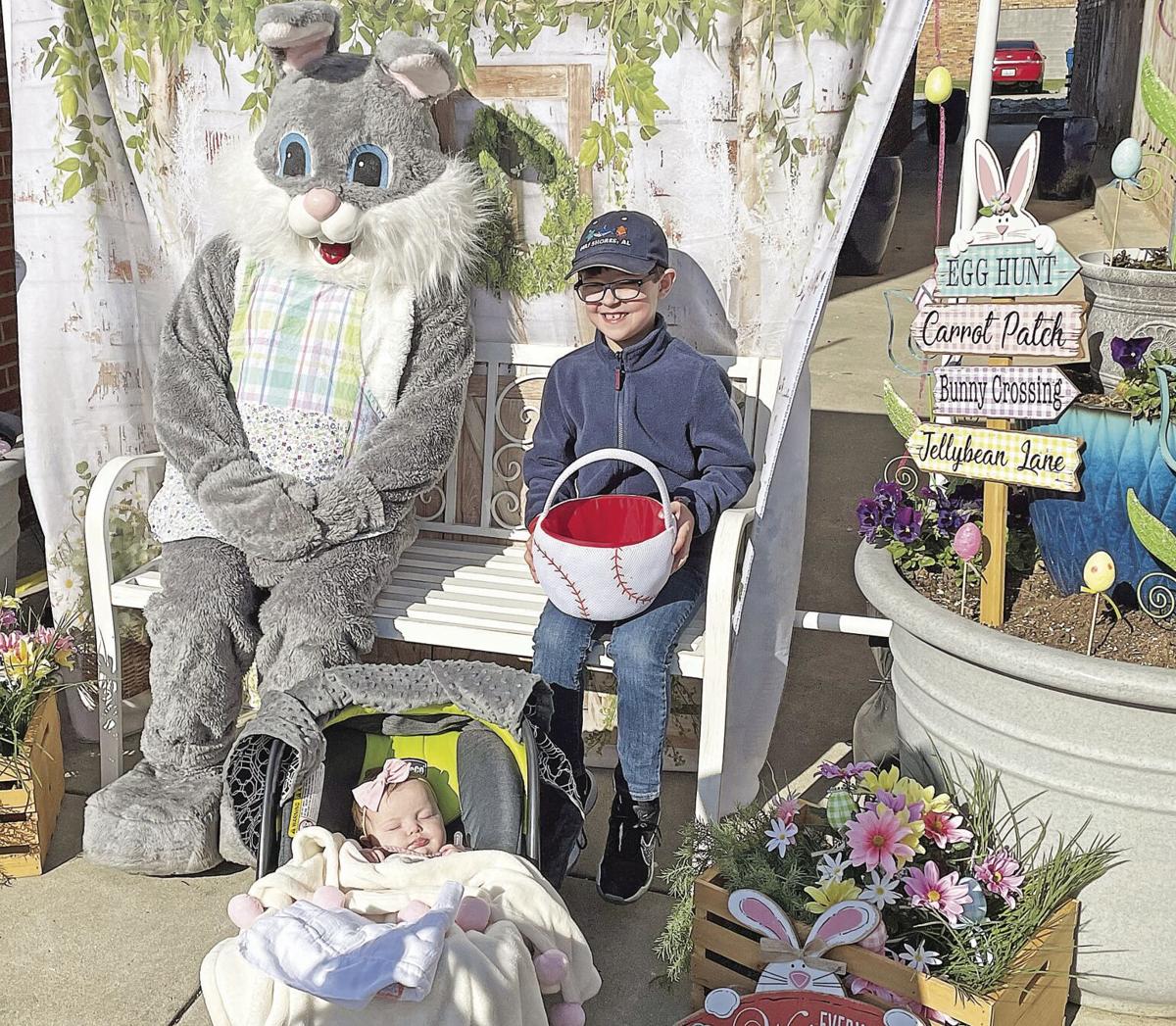 Collier Crane, 7, of Murray, and his infant sister, Opal, pose with Jelly Bean the Easter Bunny earlier this month during the return of the Easter on the Square event in downtown Murray. Collier and Opal are the children of Tripp and Lindsey Crane. 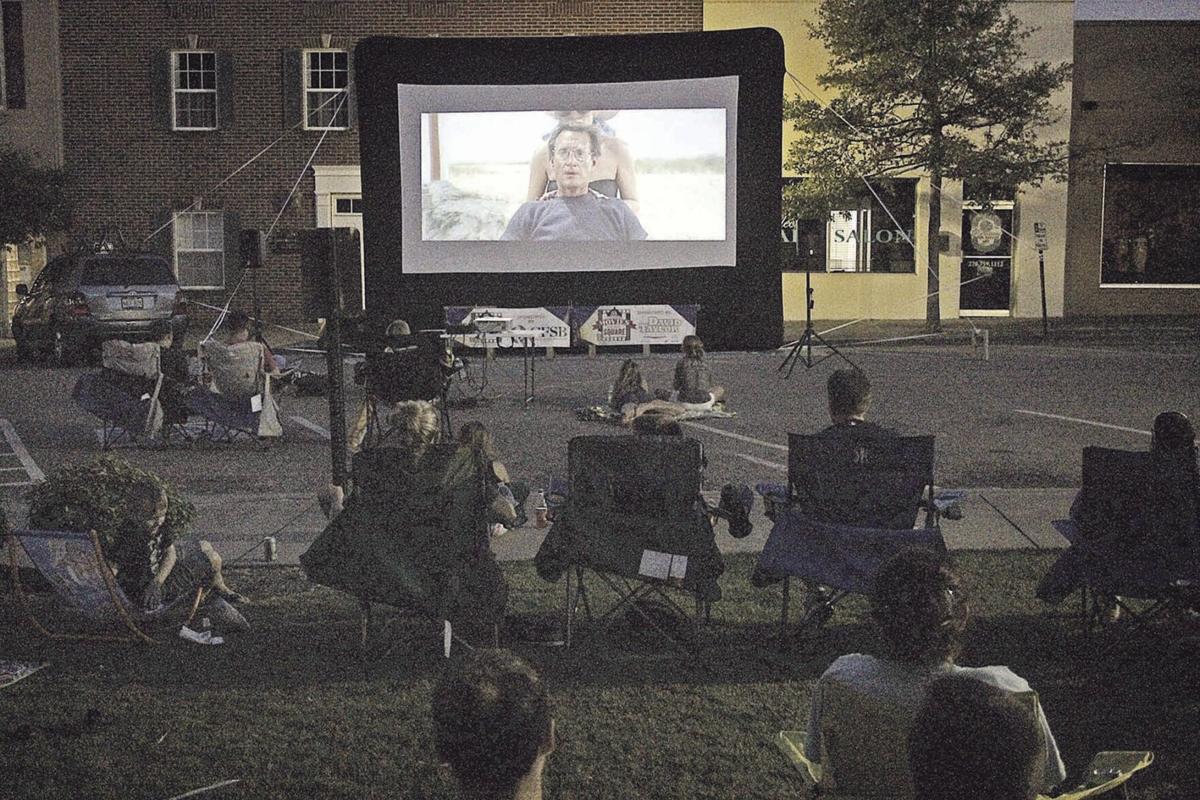 In a scene from Steven Spielberg’s classic 1975 thriller “Jaws,” Amity Police Chief Martin Brody (played by Roy Scheider) watches in horror as a child is fatally attacked by a shark. This was part of the Movies on Main program that was started by Murray Main Street in 2019. That program will return this year after being canceled in 2020.

Collier Crane, 7, of Murray, and his infant sister, Opal, pose with Jelly Bean the Easter Bunny earlier this month during the return of the Easter on the Square event in downtown Murray. Collier and Opal are the children of Tripp and Lindsey Crane.

In a scene from Steven Spielberg’s classic 1975 thriller “Jaws,” Amity Police Chief Martin Brody (played by Roy Scheider) watches in horror as a child is fatally attacked by a shark. This was part of the Movies on Main program that was started by Murray Main Street in 2019. That program will return this year after being canceled in 2020.

MURRAY — The COVID-19 pandemic has caused several organizations to have to take a year off when it came to activities that are scheduled to happen each year.

One of those was the annual report that Murray Main Street Inc. Executive Director Deana Wright is asked to delivery to the Murray City Council. Usually, this is in person at City Hall. Last year, it was emailed because the council was not meeting in person because of the pandemic.

Last week, wearing a mask, Wright made her return to City Hall, for the first time since early 2019. And, as could be expected, she had plenty of material to cover.

So 2020 was kind of where obviously everything changed. We started out really well, then, in March, it just kind of went downhill.”

However, while, as expected, Wright said it was a tough year for Main Street, there were more than a few positives that resulted.

“Now, when COVID hit, you would think that would’ve stopped everything. We were lucky. It did not,” she said. “We had almost $445,000 of investment in our downtown, which is really good, considering the year that we had. We also had a net of five new businesses that came to downtown, which is also interesting because a lot of businesses were closing up around the country and around the world. So that was great to see.

Murray Main Street also was on the front line, Wright said, of trying to help downtown businesses navigate the pandemic.

“We had a downtown incentive grant program (to attract new businesses) we were going to fund and we were going to get donations for to help with that. Well, when COVID hit, we kind of took a 180 and changed our thought process,” she said of how Main Street began asking for assistance from local sources, such as banks. “We got $6,500 and then we added some more to that, so we gave out over $8,100 to our downtown businesses, and that money was donated by March 31st (of 2020). By April 10, it was in all of our downtown business owners’ hands and, by April 17, we had checks to 16 businesses in downtown Murray to help them with everything from rental assistance, utilities, whatever they were needing help with. We did our best to help them out.

“We also tried to keep them informed about (the federal Paycheck Protection Program and Economic Injury Disaster Loans) and those types of opportunities to hopefully help them move forward out of this situation.”

Wright also talked about how Main Street, in a joint effort with the Murray Convention and Visitors Bureau, went to the airwaves in an effort to circulate information related to the pandemic. The result was the “Meet Us on Main” podcast.

“We created that to make sure everyone knew what was going on in our community,” she said, noting how this included talking about events, namely ones having to take a break. “We did have to take a little turn on events. We couldn’t do our Easter Egg hunt, so we did Sidewalk Selfies with (Eastern Bunny) Jelly Bean and we did the same thing with Santa Claus during Christmas.

“The former Wallace building (on the court square) is now called the ‘Wallace Lounge,’ which we’ve fixed up a little bit to help our community have a place to have meetings, and maybe get some income. We also managed to have our annual Market to Menu (which features food products from the Downtown Farmers Market) and we turned that into a take-home event with over 70 meals being purchased, created and taken home to eat.”

As for 2021, it appears, with COVID-19 having loosened its grip, and barring a major resurgence, Main Street’s calendar is going to return to being quite full. Already, the Easter on the Square egg hunt has happened in April. Also, in the past few weeks, the return of the Business of the Month honor has happened and will continue the rest of the year.

Wright also said another activity that had to be scrapped last year because of the pandemic is returning, Movies on the Square.

“We’re going to do a change, though. We’re only going to do one a month,” she said, also noting the return of the Kids Club program to market.

Some things, though, Wright said did not change. This included annual assessments for which her office is responsible.

“Every building in our historic district, and there are over 200 buildings, we have to do building inventory. Within that, we have to keep up with how many square feet there are. Is it used properly? Is there unutilized space? What’s the price per square foot? What’s the rent?” she said. “This is what I have to fill out for the state and this actually goes to the federal government as well.

“But we’ve got to keep up with that for the City of Murray and for downtown to make sure those statistics that are there are similar to the (U.S) census. If they don’t know what we have, we’re not going to be eligible for grants in the future that we need.”