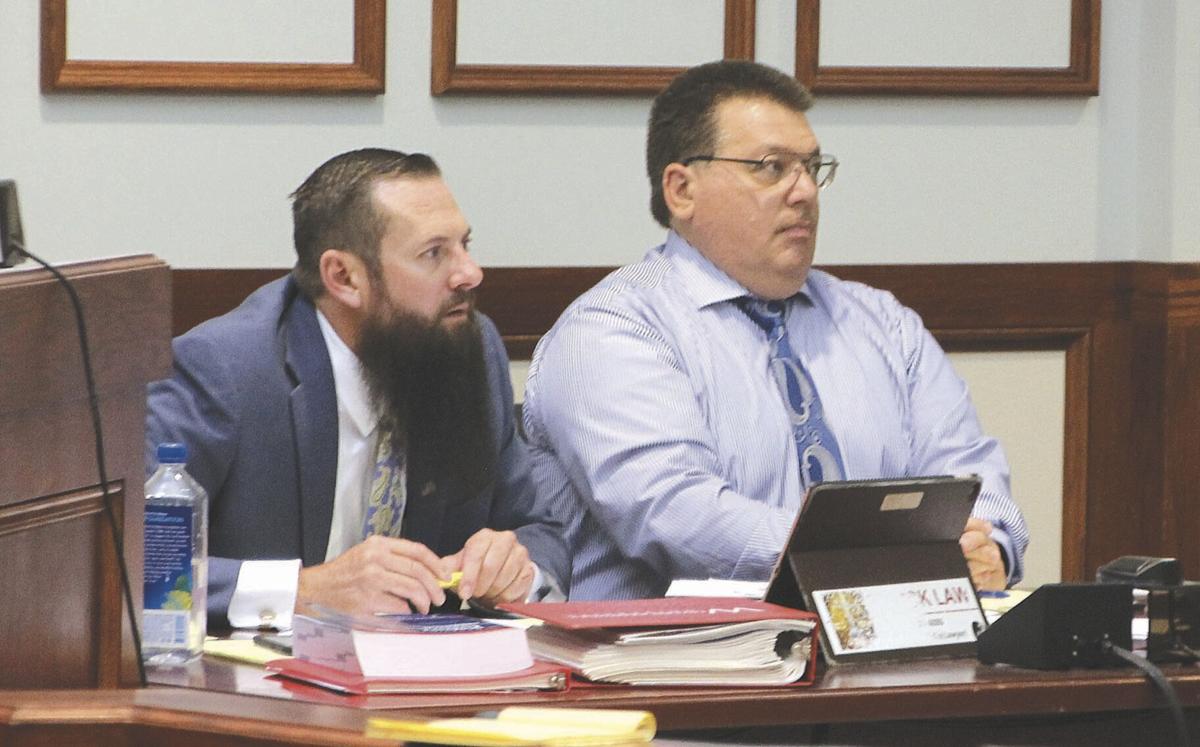 Kevin Fleming, right, sits with his attorney, Travis Lock, in Calloway Circuit Court Monday prior to closing arguments for his criminal trial. Fleming was charged with first-degree sodomy, sexual misconduct and first-degree sex abuse, but the jury acquitted him on all charges. 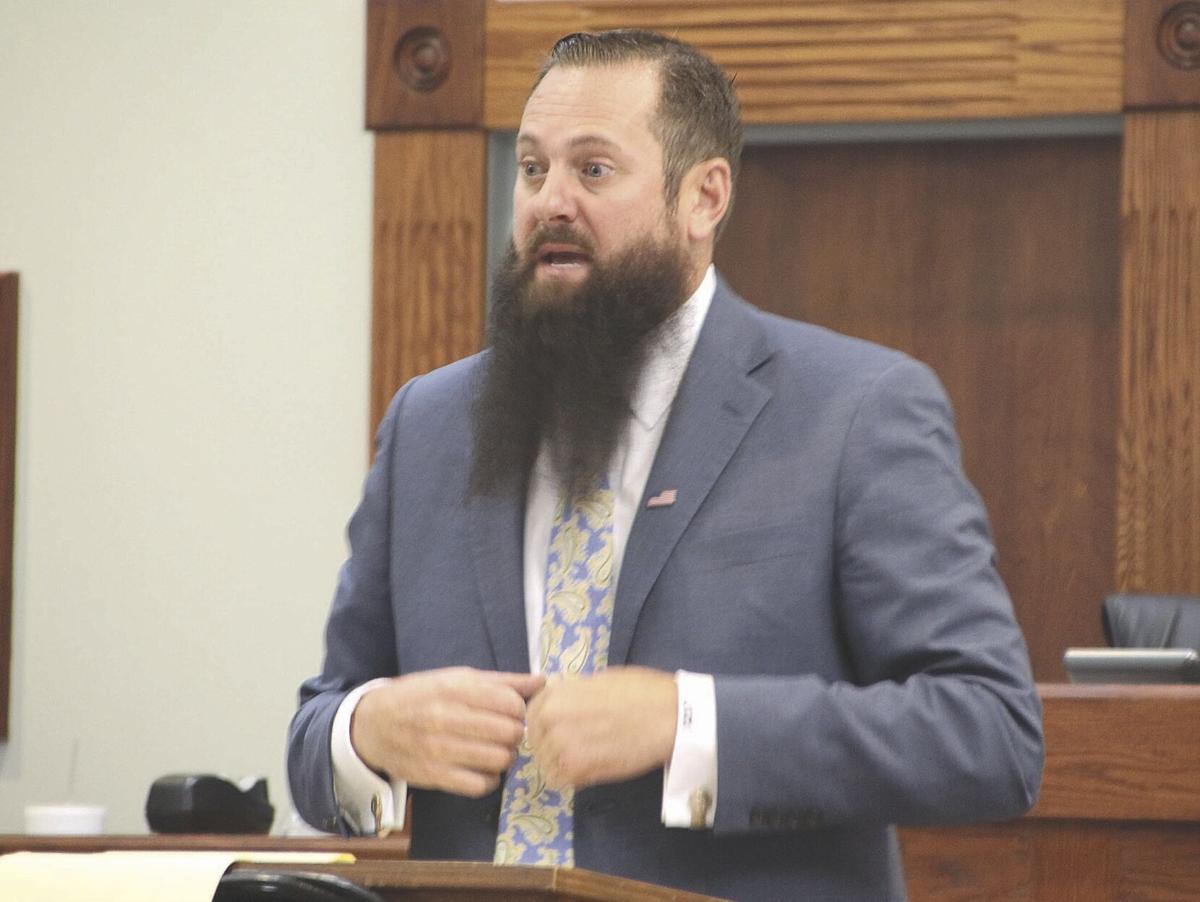 Defense attorney Travis Lock, who is based in Bowling Green, delivers his closing argument to the jury Monday on behalf of his client, Kevin Fleming. The jury found Fleming not guilty on all three offenses with which he was charged. 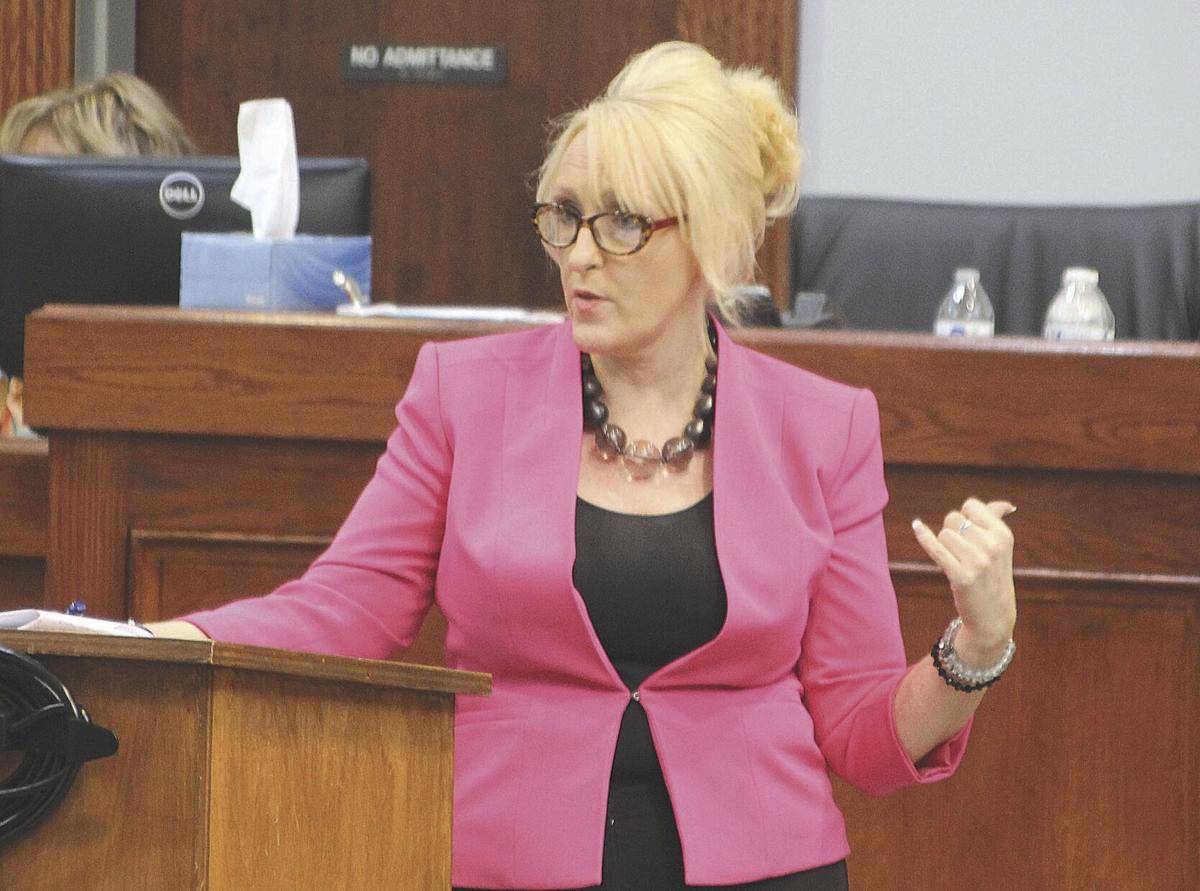 Kevin Fleming, right, sits with his attorney, Travis Lock, in Calloway Circuit Court Monday prior to closing arguments for his criminal trial. Fleming was charged with first-degree sodomy, sexual misconduct and first-degree sex abuse, but the jury acquitted him on all charges.

Defense attorney Travis Lock, who is based in Bowling Green, delivers his closing argument to the jury Monday on behalf of his client, Kevin Fleming. The jury found Fleming not guilty on all three offenses with which he was charged.

MURRAY – A Murray man was acquitted Monday in Calloway Circuit Court on all three charges he faced after a woman told police he had sexually abused her years earlier when she was 13 years old.

Kevin Fleming, 50, was arrested on Aug. 30, 2018, by Sgt. Andrew Wiggins of the Murray Police Department, who was then a detective. According to the complaint warrant, a woman – whose name is not being published – notified MPD Detective Angel Clere on Aug. 24 to report a sexual assault. Three days later, Clere and Wiggins, along with two representatives from the Purchase Area Sexual Assault Center, met with the woman, the warrant said.

The woman said she had for several years performed in productions at Playhouse in the Park, where Fleming worked on sets. She alleged that Fleming had sexually assaulted her in a back room after a performance one night when she was 13 years old. Fleming denied all allegations when questioned before his arrest.

Testimony for the trial began on Friday after several days of jury selection. In his closing argument on Monday afternoon, defense attorney Travis Lock of Bowling Green thanked the jury for their time and attention and asked them to keep their promise to hold the Commonwealth to the high standard of proving Fleming guilty beyond a reasonable doubt. Referring to Wiggins’ testimony, Lock said that when the alleged victim made her complaint at the police station, she brought a two-page, single-spaced typewritten statement she had prepared ahead of time.

“You heard from Sgt. Wiggins today that he did not record that interview with (the alleged victim),” Lock said. “Wouldn’t you like to see what (she) had to say on Aug. 27 of 2018 to compare that to what she said in this trial so that you could see for yourself what she said then and what she says now? But you don’t have that benefit, that ability, to be able to compare what she said then to what she says now because there was no recording made of that. And why was no recording made of that? We don’t know. What we do know is that the police officers recorded Mr. Fleming’s conversation with the officers, so clearly, police officers knew that recording a person’s story was an important thing to do to preserve what they say.”

Lock said there were several things in the alleged victim’s statement that she did not mention in her testimony, such as an allegation that Fleming made her sit on his lap in the spring of 2005, months before the alleged assault was said to have occurred in December 2005 after a performance of “It’s A Wonderful Life.” He said the statement also claimed she was made to sit on his lap again after the alleged assault, but no witnesses said they ever saw behavior like that when asked on the stand.

One point Lock emphasized was that the alleged victim testified that she remembered noticing Fleming’s “bright, white shoes” when he allegedly forced her head toward his lap during the alleged assault. He said the director of the show, Tova Shinall, as well as Fleming’s cousin, Don Fleming, and his brother, Dan Fleming, denied ever seeing Fleming wear white shoes. All three were present throughout the rehearsal production process and would have been around Fleming constantly, Lock said.

Lock also asked the jury to consider communication the alleged victim had with one of the witnesses via Facebook Messenger prior to making her complaint. He noted that the alleged victim said she had not spoken with the witness since they performed at Playhouse in the Park together, but when questioned during cross-examination, the alleged victim said she had sent the message a message a couple of days before she went to the police. He said that while it is possible that the alleged victim didn’t consider online communication “speaking” – as Wiggins had speculated in his testimony – he thought it was strange that she didn’t mention it before she was explicitly asked about the Facebook message. He said he also thought it was strange that the witness also didn’t mention the Facebook message until she was asked.

Assistant Commonwealth’s Attorney Crystal Thompson prosecuted the case. In her closing argument, she said the alleged victim didn’t tell any adults about the alleged assault at the time because she was afraid it would make her parents look bad. When she grew up, though, she began working with young people, and part of her job was telling them they should report abuse as soon as it happened. Thompson said this made her feel like a hypocrite because she hadn’t reported her own abuse, so she felt that she had to go to the police.

“(The defense has) not been able to explain to you why in the world would she run out, tell (the witness) that this happened if it was not true, and then take a 13-year break from this lie?” Thompson said. “And after she’s already graduated from college, working with (kids), helping people acclimate into life and teaching them how to recognize that they’re abused and things like that – why would she then … decide to up and resume a lie that she started when she was 13 years old, just out of the blue one day? That makes absolutely no sense.”

Thompson addressed the witnesses that had vouched for Fleming’s good character, including Tracy Rudolph, who had testified that Fleming was a “loyal, trustworthy and humble person” whom he had known for 35 years. Thompson said she had no doubt that Fleming seemed that way to them, but the alleged victim didn’t mean anything to him and was simply a young girl with whom he had no personal connection and found attractive.

Thompson also addressed what she called several “distractions” she believed the defense used to divert attention from the evidence. She said she had “just about had it up to here with these white shoes,” saying it didn’t matter if Fleming was allowed to wear white shoes because he wasn’t supposed to assault a 13-year-old girl, either. She also questioned the defense’s assertion that there was nowhere backstage where anyone could get privacy and commit a sexual assault.

“You’ve also heard that there just wasn’t enough room to get alone back there,” she said. “There’s enough room in places to get alone – if you want to do it, you can get alone. He built the sets. He knows every nook and cranny of that place.”