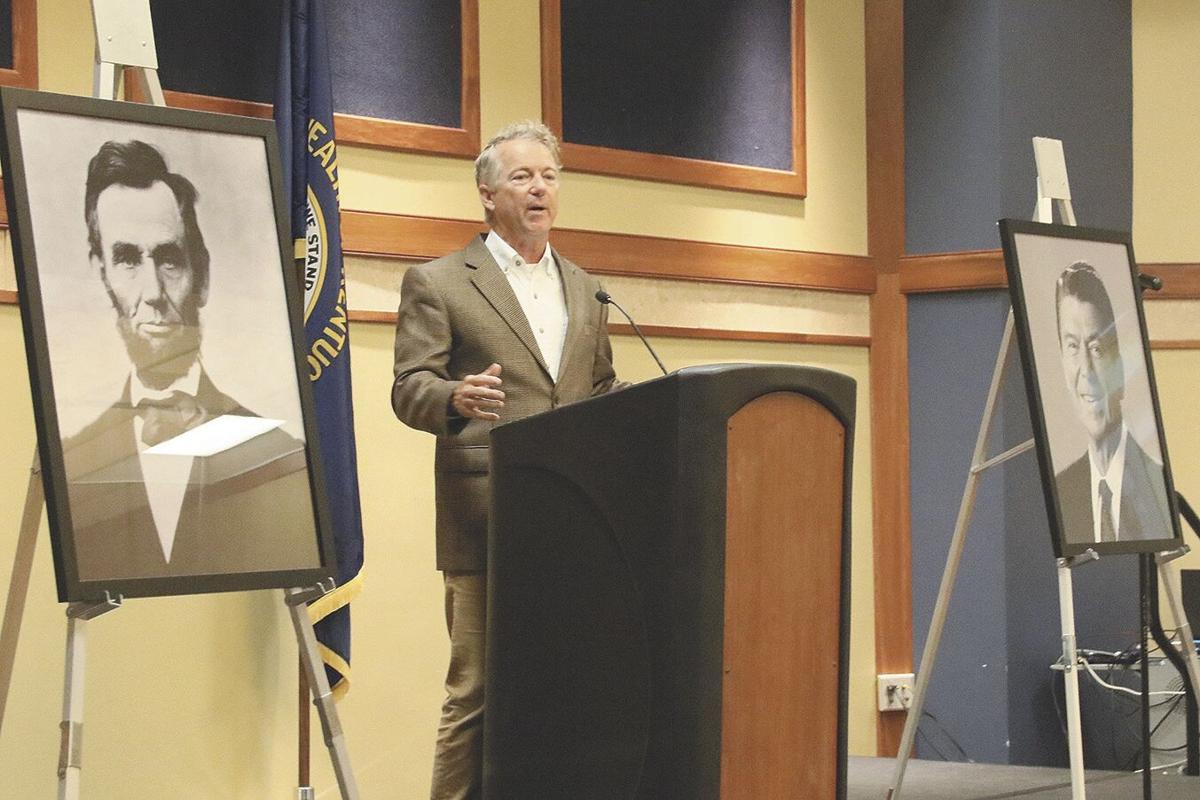 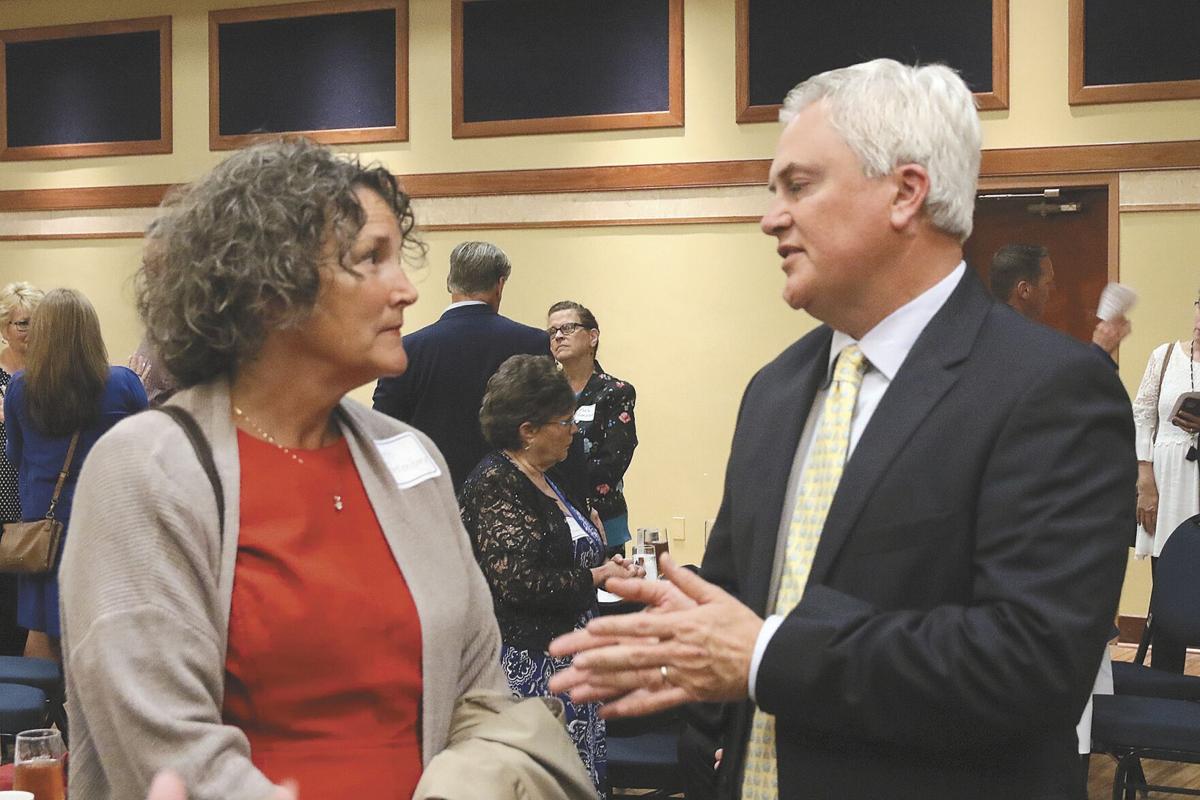 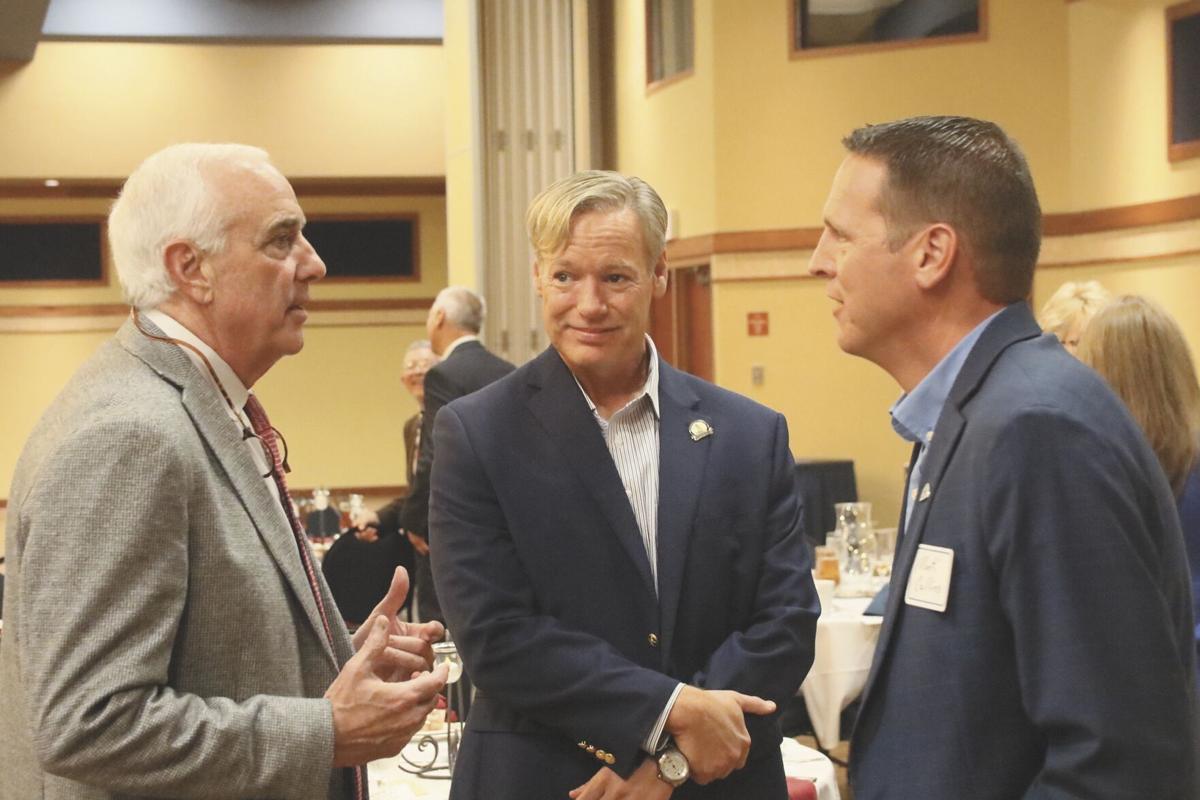 MURRAY – After a nearly two-year hiatus due to the pandemic, the Calloway County Republican Party was able to resume hosting their annual Lincoln-Reagan Dinner Saturday night at the Curris Center on Murray State University’s campus.

With a collection of over 125 constituents, the group hosted the dinner featuring state and local representatives who spoke on current national issues, headlined by Kentucky U.S. Sen. Rand Paul and Congressman James Comer. The evening was emceed by 1st District Chairman Greg DeLancey, and it was kicked off by the Tennessee River Boys singing a rendition of the national anthem and a prayer by Murray State Professor Emeritus Winfield Rose.

Paul engaged the crowd while speaking on issues such as the COVID-19 vaccine and his opinion on how the vaccine should be a personal choice, especially for people that have already had COVID. He said he firmly holds that belief because studies have proven their natural immunity to be as effective, if not more effective, than the shot in fighting the disease. He also strongly condemned the choices President Joe Biden’s administration has made in regard to the Afghanistan withdrawal, border security and other issues.

“We’ve become a party of Murray,” Paul said. “We’re a party of western Kentucky. We’re a party of people who live in small communities. So really the job in 2022 for all of us, and we’re doing better in Kentucky, but it’s the turnout, getting people to turn out. I think people are going to be upset enough out of what we’re getting out of the Biden administration that they will. But as we do, we have to remember what made this country great. What made us great is we are the ‘Leave Me Alone’ nation. Leave me alone to prosper, leave me alone to excel, leave me alone to aspire to create dreams. We’re not the party of equal outcomes, but we are the party of equality before the law. We are the party that has allowed this country to be so great, the heritage of Lincoln.”

Kentucky 1st District U.S. Rep. James Comer spoke next. He praised the House for blocking the passing of Biden’s infrastructure bill at the end of last week and sharply criticized the president’s son, Hunter Biden, as a national security threat due to overseas business dealings. Comer was optimistic about flipping the house and governor’s office in favor of conservatives in the next election and thanked the audience.

“The way we can do that is if we have people working every day on the front lines, to talk to their neighbors, to put signs in their yard, to make phone calls, and I know that every person in this room has done that so thank you for your support and friendship,” Comer said. “Thank you for all that you do for the Republican Party, and we’re going to continue to work together. We’re going to continue to fight. We’re going to lead and have an ideology like Ronald Reagan and Abraham Lincoln did for our country, and we’re all going to work together.”

First District Kentucky State Sen. Jason Howell of Murray spoke primarily on what the Republican Party has to do in the upcoming elections.

“We’ve got to hold serve with our houses in the state with a congressional delegation that I don’t think will have any trouble,” said Howell. “And then we have to turn our eyes to 2023 and right the ship in the governor’s office so that we can go back to governing together and with the proper focus for what we need to do.”

Fifth District Kentucky State Rep. Mary Beth Imes of Murray was in attendance and spoke to the crowd. She said she was excited for the opportunity for the event to be hosted again.

“I think it’s great,” Imes said. “I think everybody’s tired of staying in and we’re glad to be able to look at everybody’s faces and get together. It’s been a challenging 18 or 19 months, and hopefully we’re on the good end of it.”

An event regular, Kentucky U.S. Sen. Mitch McConnell, was not able to attend, but had a video message for the attendees.