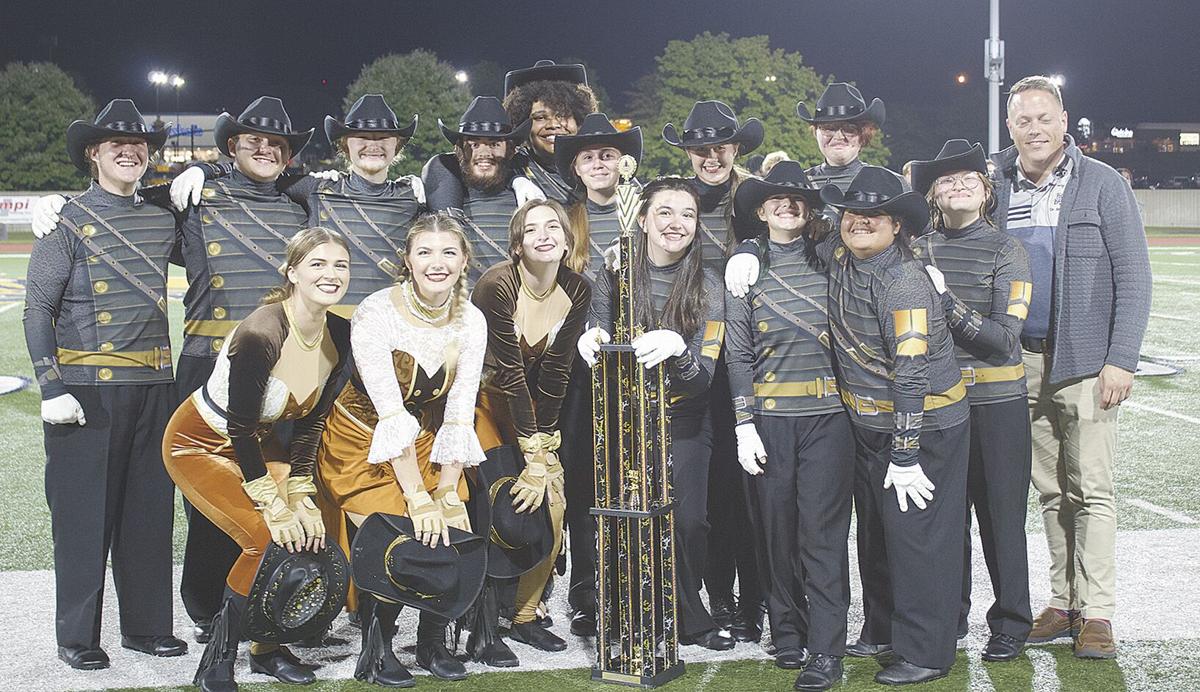 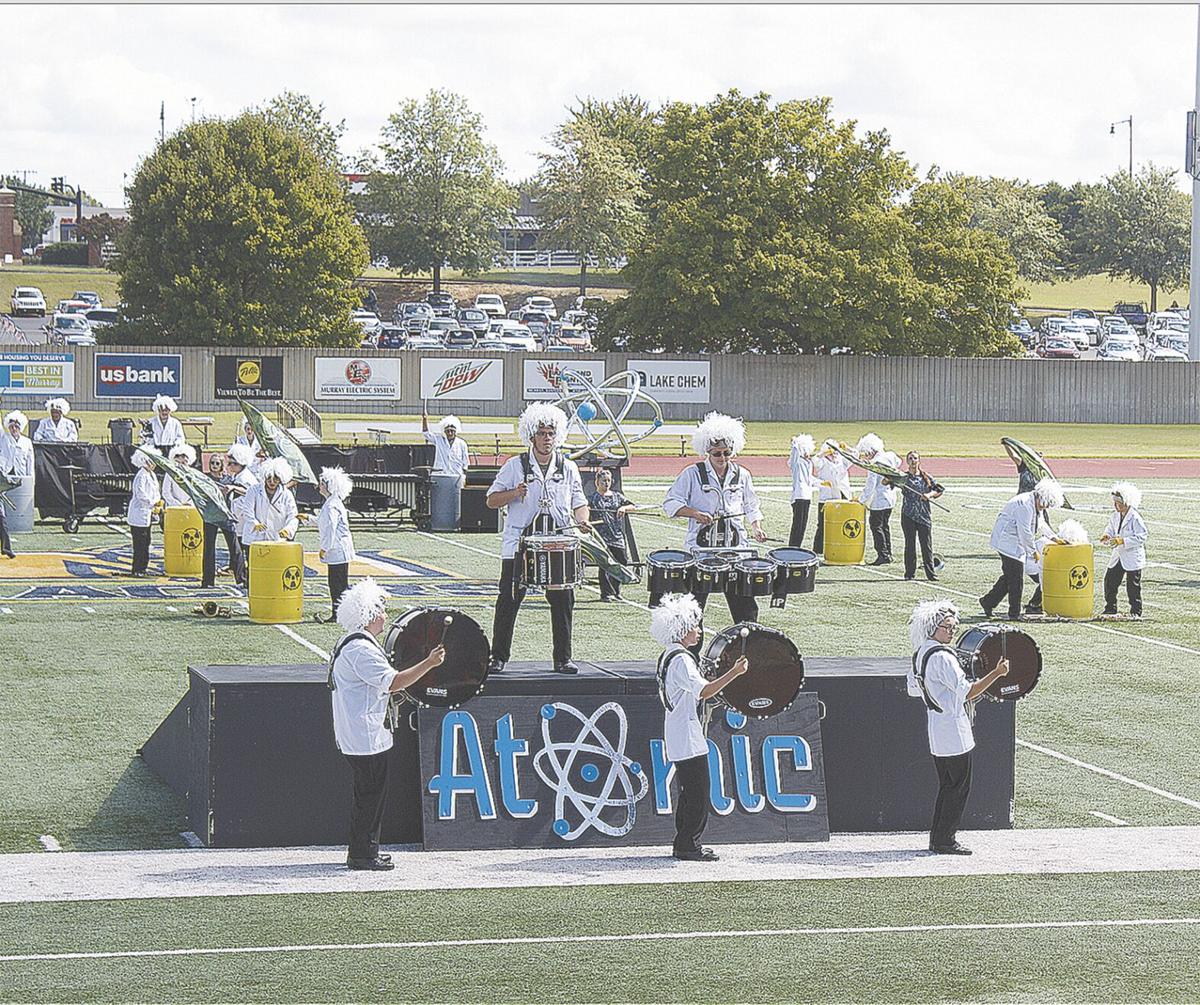 The Calloway County High School Laker Band’s percussion takes center stage for a drum break while the rest of the band joins in. The “mad scientists” are hitting barrels consisting of radioactive material.

The Calloway County High School Laker Band’s percussion takes center stage for a drum break while the rest of the band joins in. The “mad scientists” are hitting barrels consisting of radioactive material.

MURRAY –  The 46th annual Festival of Champions, hosted by the Murray State University Racer Band, was a huge success for the Murray High Tigers Marching Band. Thirteen bands competed for the grand champion title Saturday, and the line-up consisted of bands from all over Kentucky and one from Tennessee.

“Festival of Champions is open to any high school band in Kentucky or beyond that would like to participate,” said Brent Johnson, director of the Murray State University Racer Band. “There is no entrance fee for bands and we are happy to have as many as would like to come here and perform.”

This is Johnson’s second year as Racer Band director and his first time hosting FOC since it was canceled last year for the COVID-19 pandemic.

“I was a student at Murray State and I got to experience it as a student, and it is so much fun to be a director and see everything from a different perspective,” Johnson said. “It was great. The students basically run the contest and have done a great job hosting everyone and I couldn’t be prouder of them.”

“(The last performance) was good,” said Timothy Zeiss, director of the MHS marching band. “We had a pretty solid performance tonight, maybe a little leveled down from this morning. That’s just because of the long day, but it was still a good run. ”

The adjudicators must not have noticed any perceived lag in performance because, not only did the band place first in class 3A in preliminary competition, but they also received best in music, marching, overall effect, woodwinds, brass, color guard and grand champion in the finals.

The Tiger Band has been in class 1A for many years in the past, but that changed this year. Now the band has gone up two classes, moving them to class 3A. The change is a result from growth in membership, Zeiss explained. Zeiss has been the director for 12 years and said he has been to FOC every year. In those 12 years, the Tiger Band has won the grand champion title four times, according to kyband.com.

“It’s a really different experience after doing this for four years with Racer Band a while ago,” Calcamuggio said. “And now being back as a director is a pretty nostalgic moment, and being on the field with these kids is a cool thing. I think we had a great time, and the kids have definitely left all their hearts on the field tonight and that’s what matters.”

For the first time, the two high schools are competing in the same class. Some might think this would cause tension and rivalry amongst the two bands, but both directors said that is not the case.

“(This) absolutely has not caused any tension,” Zeiss said. “I think you’ll find that most band directors are very supportive of other groups and will even help each other out.”

Calcamuggio only had kind words for the Tiger Band, saying that Murray is a tough competitor and has a fantastic staff.

With COVID-19 still around, the topic of safety is on everyone’s minds and what precautions have taken place to keep students and staff safe.

“As a band, we will be wearing masks inside the ticketing areas and concession stands when working,” Johnson said prior to the event. “Also, in the changing areas inside the CFSB, masks will be required of participating bands while indoors. We will adhere to all the Racer Restart requirements as outlined by Murray State University. We are encouraging spectators to spread out inside the stadium seating area to allow for distance between family units.”

The high schools took measures to ensure the safety of students. Calcamuggio said his band was following the policies and procedures set forth by KEA and Calloway County Public Schools to keep students safe. Zeiss said that his band has been wearing masks indoors and on buses, as well as staying in smaller groups earlier in the season.