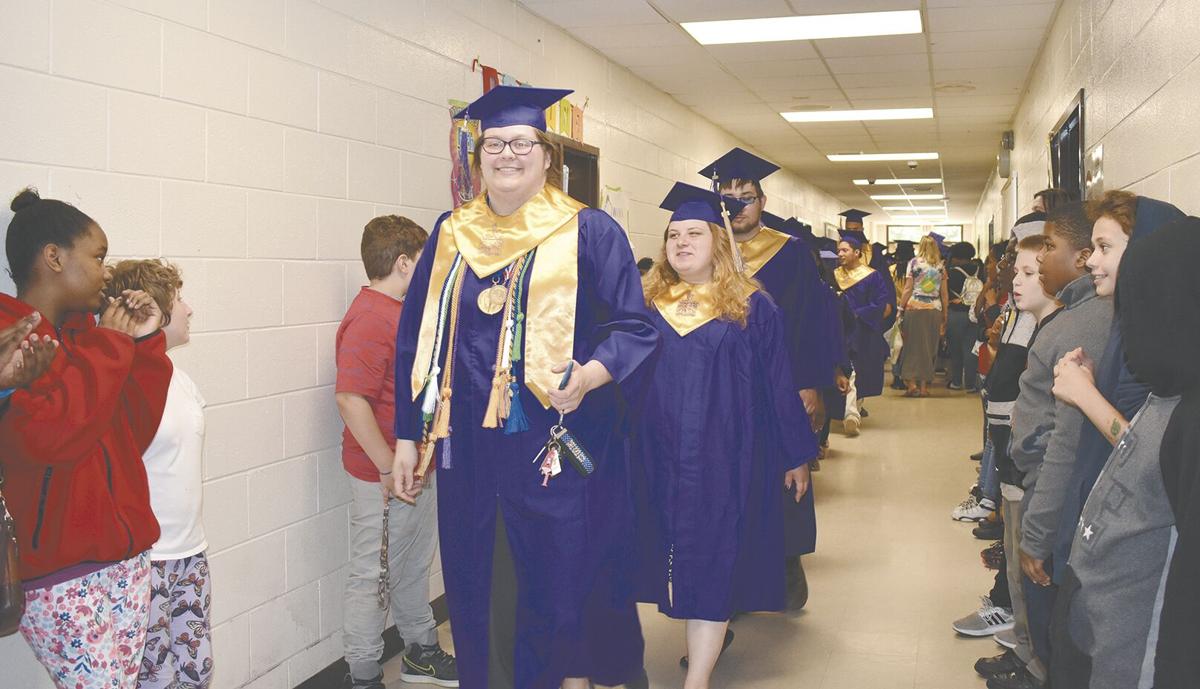 Sarah Townsend leads the line on her graduation day in 2018 from Prince Edward County High School in Farmville, Virginia. 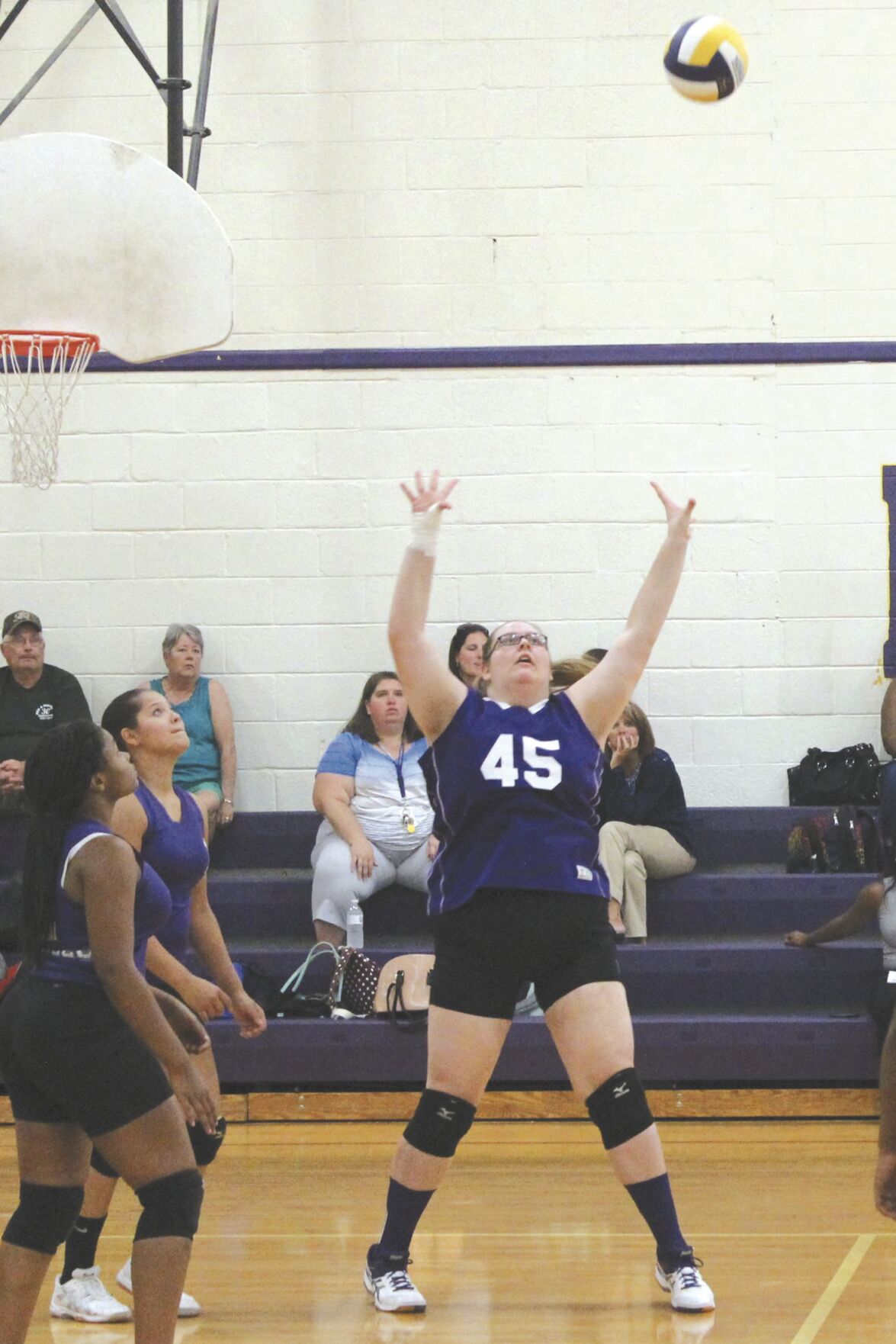 Sarah Townsend is seen here in 2016, competing as a member of the Prince Edward County High School girls volleyball program in Farmville, Virginia.

Sarah Townsend leads the line on her graduation day in 2018 from Prince Edward County High School in Farmville, Virginia.

Sarah Townsend is seen here in 2016, competing as a member of the Prince Edward County High School girls volleyball program in Farmville, Virginia.

FARMVILLE, Va. – Sarah Townsend, originally from Farmville, is remembered by coaches, mentors and friends as a genuinely positive, loving, outgoing and smart young woman who gave back to her community and who made the extra effort for her friends.

Townsend, 21, was found dead in southern Calloway County early Friday, March 26. Preliminary results from an autopsy indicate she died as a result of multiple gunshot wounds.

She was a student at Murray State University in Murray, where she was majoring in pre-veterinary medicine/animal/veterinary technology, and she was also a residential advisor at College Courts Apartments.

“I am deeply saddened to write this letter to you,” Jackson stated. “Last night, we received tragic news of the death of Sarah Townsend. … Murray State University is one Racer family, and this loss is felt deeply by all of us.”

Prince Edward County Extension Agent Jake Morgan, who is focused on 4-H youth development, noted Townsend was also quite involved in 4-H, even during her college years.

“She was on the summer staff at Holiday Lake 4-H Educational Center,” he said. “Prior to that, she was a camper for summer camp and was a teen counselor up until she was 18 and went off to school. And then she returned in the summers for summer staff, so she was really involved.”

Before his time as an extension agent, Morgan knew Townsend through Prince Edward County Middle School.

“I actually taught her in sixth grade when I was a teacher before I was an extension agent, and we’ve kept in touch through the years and everything,” he said. “She came to me and asked for guidance and consolement.”

He described her as someone who was selfless and willing to do anything for anybody.

“She was one of the most genuinely positive, outgoing and supportive people I’ve ever met, to be honest,” he said.

“I was lucky enough to know Sarah as her elementary school principal, so she was one of my students in the elementary school, and then I got to see her grow up into a young lady that played volleyball here at the high school,” he said. “So as an athletic director, I got to see her mature and play sports here, but it wasn’t just sports — she was involved with everything.

“If she wasn’t playing, she was supporting her other friends in the band or in other athletics or even the academic events, which she was involved in also. So she was a very well-rounded young lady.”

He said she was also involved in the religious organization, Young Life.

“I know she did a lot with Young Life, kind of like Bible studies and things like that with our kids, which was great,” he said.

Both Kane and Townsend’s former Lady Eagles girls volleyball coach, Rachel Harries, described her as exactly the kind of student-athlete a coach would want to work with.

“As a coach, she was a perfect kid to have on the team because she worked hard, she encouraged other kids, she wanted everyone to do well, never complained,” Kane said.

Harries, who is now an assistant volleyball coach at Trinity International University in Illinois, said Townsend was smart, coachable and engaged.

“She’d ask questions, and even if she wasn’t playing, she was a very supportive teammate,” Harries said. “She was excited for her teammates at whatever they did, and that definitely translates to who she was outside of the court.

“She cared a lot for her friends, you could just tell,” Harries added. “She just loved so intensely all her friends, everybody around her. She’s a smart kid, really awesome kid, and she talked to anybody. She’s polite to everyone.”

The coach’s wedding took place the summer after Townsend’s senior year, and Harries invited all of her players..

“(Sarah) was down in Kentucky, where we had our wedding reception, and she was the only player I had that was able to attend, so it was really awesome getting to see her there, and she makes those kinds of efforts for people,” Harries said. “She’s so special.”

“She really grew in that a lot,” Roach said.

She recalled Townsend as being sweet to everybody.

“No matter if she knew them or not, she talked to them, always gave them a compliment,” she said. “She was really caring. She had no negativity in her at all.”

A GoFundMe.com campaign has been set up named “Justice for Sarah.” The description on the webpage states that due to Townsend’s unexpected death, her family is asking for donations in memory of Sarah to cover her funeral expenses and other costs that arise.

Editor’s note: This story is reprinted with the permission of The Farmville Herald in Farmville, Virginia. Julius Sotomayor, 22, of Dexter has been charged by Kentucky State Police with Townsend’s murder.