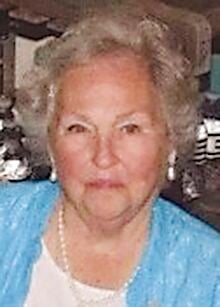 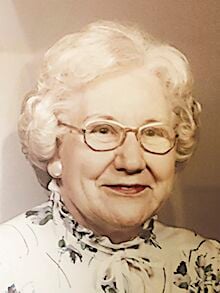 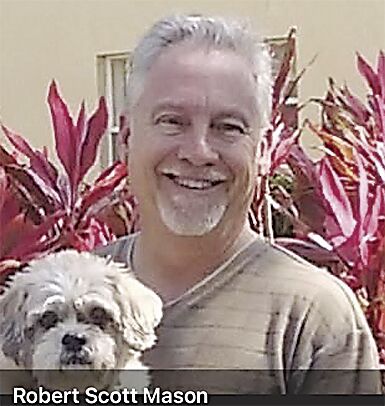 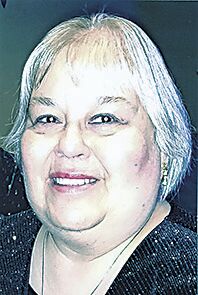 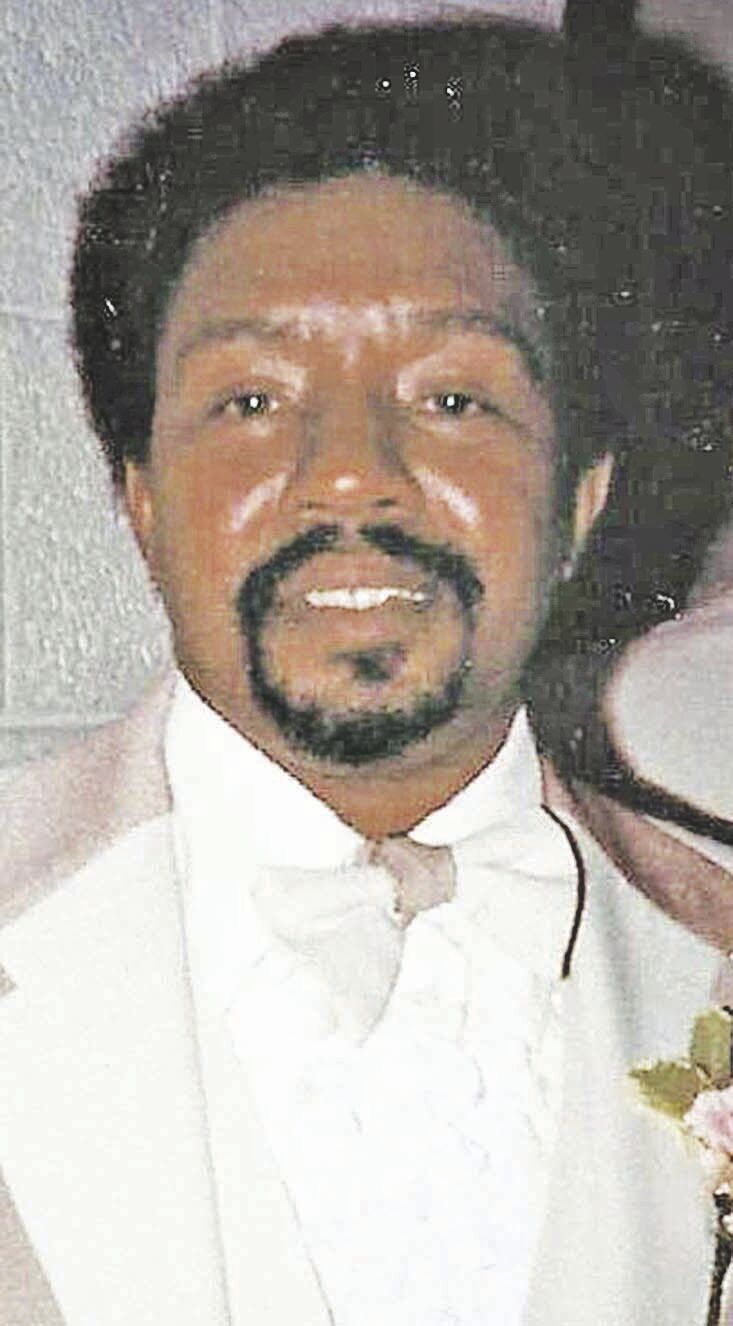 She was born Sept 2, 1940, in Calloway County, Kentucky, to J.L. Culpepper and Maggie Barnes Culpepper, who preceded her in death.

She retired from Murray State University after 31 years serving as the secretary for the cashier’s office. She was a member of Memorial Baptist Church.

A graveside service will be at 11 a.m. Thursday, April 8, 2021, at  Murray City Cemetery with Martin Severns officiating. There will be no public visitation held.

Expressions of sympathy may be made to the Anna Mae Owen Residential Hospice House, 803 Poplar Street, Murray, KY 42071.

Please join us in remembering Oneida Ahart Boyd, longtime resident of Murray, Kentucky, and most recently residing at Morrison Woods in Muncie, Indiana. She passed away peacefully Tuesday, March 23, 2021, after a long and truly wonderful life of 98 years.

The immediate days prior to her passing were spent on adventures with granddaughter Angela, enjoying sunset drives to see spring in bloom, cuddling with sweet Macy pup, savoring her favorite root beer floats while listening to the sounds of Elvis and Louis Armstrong, and visiting dear friends.

Mrs. Boyd was born to John S. and Stella Ahart on July 25, 1923, in Model, Tennessee, and moved to Murray when she was three years old. She attended Murray State University and was a member of the Alpha Gamma Delta sorority.

Mrs. Boyd and her late husband, Lloyd, to whom she was married for 58 years, had one daughter, the late Linda Boyd Cortwright, husband, the late Mike Cortwright, most recently of Muncie, Indiana, and granddaughter, Angela Cortwright of Charlotte, North Carolina.

She was the manager of the local Western Union office for many years, including throughout World War II, where she ultimately met the love of her life, Lloyd Boyd. Their union was the result of a chance meeting after Oneida had the harrowing task of delivering a telegram to Lloyd's family notifying them of his capture by the Germans, followed a few months later by a telegram informing the family of his release. Shortly after the end of the war, Lloyd visited the Western Union office to send a telegram to his unit, and the rest, as they say, is history. Their 58 years together were spent in the company of friends, playing cards, dominoes, and traveling both domestically and abroad with friends and members of their Sunday school class.

She attended First Baptist Church of Murray, where she was a founding member of the Pairs and Spares Sunday school class. While in Murray, she was active in her community. In addition to being a respected member of First Baptist Church, she graciously served the Murray Woman's Club as president from 1982-84, was a member of the Murray Tourism Commission, the Murray-Calloway County Hospital Board, Playhouse in the Park and the ladies bridge club.

She was most recently a resident of Morrison Woods Health Campus in Muncie, where she was surrounded by a loving staff who became extended family. During her time at Morrison Woods, she enjoyed playing cards, crafts, serving on the resident council, happy hours, and active trips within the community, including shows at Muncie Civic Theatre and a highlighted outing to the Colts Training Camp.

Known for her love of Kentucky and Murray State basketball, and her overall pride in Murray - she could usually be found wearing Kentucky blue!

She was preceded in death by her husband, Lloyd Boyd; a daughter, Linda Boyd Cortwright; a son-in-law Michael Cortwright; a sister, Elaine Ahart Brown (James); and her parents, John Ahart and Stella Ahart.

He was born June 6,1955, in Benton Kentucky, to Robert Alexander Mason and Ruby Nell Creason Mason.

He lived in Peoria, Illinois with a seasonal home in Florida.

He studied BA Management at the University of Illinois, Springfield, in the class of 1989. He graduated with the Class of 1973 from Farmington High School in Farmington, Illinois. He worked at Caterpillar in Peoria, Illinois, for 36 years from March 1974 until retiring in December 2010 as an engineering supervisor. He traveled extensively for his job, visiting Brazil, Spain, France, Germany and England, and many other parts of the world too numerous to mention.

He was preceded in death by his mother, Ruby Nell and father Robert A.

Scott loved his family and was a great source of information regarding the genealogy of the family. He had a memory like a steel trap and never forgot anything. There are those that say he remembered things before he was even born.

A graveside service will be at 1 p.m. Saturday, April 10, 2021, at the Lyles Cemetery in Benton. Burial will follow with Scott being buried beside his beloved mother and father. A celebration of life service will be held in both Peoria and Bonita Springs. Visitation will be from 10 a.m. until noon Saturday, April 10, 2021, at Collier Funeral Home in Benton.

She retired from Walmart in Murray and was a member of Hope Harbor Church.

She was preceded in death by her mother, Hilda Green; her husband, Darrell Beckwith; and two brothers, Paul and Jerry Webb.

Gloria is survived by two sisters, Kathy Palmateer of Holland, New York, and Shelly Vaughan of Canada, as well as many dear friends.

James Wallace McGehee was born March 9, 1943, in Murray, Kentucky, to Desiree McGehee and Everett Bradford, who preceded him in death.

He went to be with the Lord on Monday, March 29, 2021, at the Anna Mae Owen Residential Hospice House in Murray.

James was affectionately known as “Jimmy” by family and most who loved him. He grew up in a spiritual household and accepted Christ at an early age. He was baptized and was a member of St. John Missionary Baptist Church in Murray. He attended and graduated from Douglass High School in Murray in 1961. While in high school, Jimmy was an all-star football player. He was so fast on the field that no one could tackle him. Family and fans ultimately gave him the nickname “Rabbit” on the football field.

In 1961, James Wallace and Pearley Mae Foster married, and from their union welcomed a beautiful daughter, Patrice Michelle. After high school, James attended Murray State University. He was drafted by the U.S. Army and was on active duty, serving in the Vietnam War. After serving in the war for a few years, Jimmy returned to Murray.

James migrated north to Detroit, Michigan to pursue better job opportunities. He became employed by Chrysler Corporation – Sterling Stamping as a production operator and was with the company for 39 years until he retired in 2006. While in Detroit, he met Janise Beauford and they were joined in marriage in 1978. From that union, they welcomed a handsome son, Deon James, and a beautiful daughter Raquel Mishon. After he retired, he returned to Murray to assist with taking care of his late aunt, Betty Jean McGehee.

James worked as an auto mechanic his entire life because of his love of cars. He mastered just about everything he did. He was an excellent hunter, and very few people could outshoot him. There was no sport that James played that he could not master. He loved all sports, especially football and basketball. He had incredible strength like no other man that you could ever meet. He put those skills and love of sports to use when he became an assistant coach for St. Martin DePorres Catholic High School Boys Basketball team in Detroit and served in that capacity from the late 1970s to 1983.

He adored his children and there was nothing that he would not do for them. He loved life. His generosity, friendliness and kindness to people was a tribute to the beauty of his heart. His presence and infectious smile will be deeply missed by all who knew and loved him.