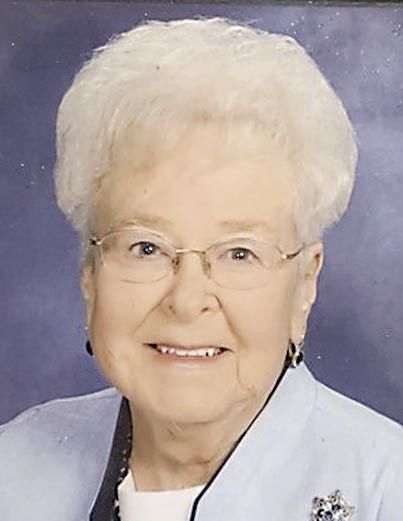 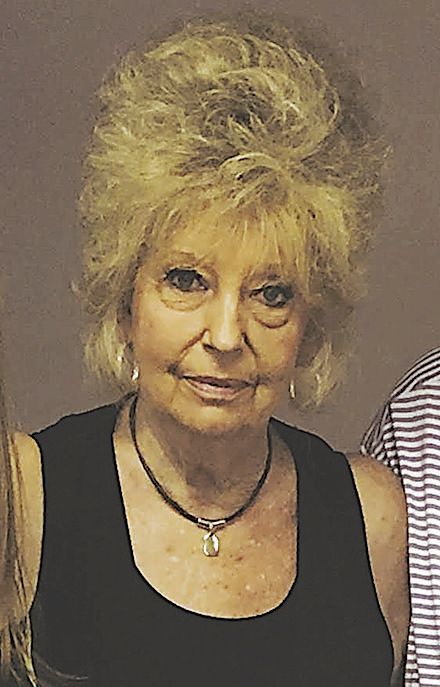 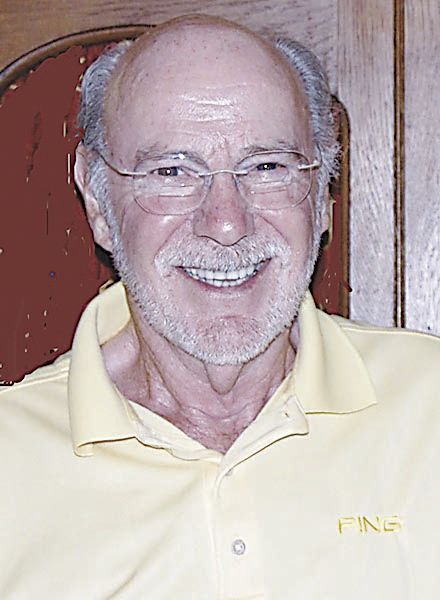 She was the oldest and longest member of Puryear Baptist Church, where she was a former Sunday school teacher, choir member, and WMU director. She also served as the WMU Director for the Western District Baptist Association in Paris. Betty formerly worked as an insurance clerk in Murray, for many years for Dr. J.R. Quertermous, Dr. Donald Hughes, and at the Houston-McDevit Clinic. She loved Monday afternoon dominos, sewing, and quilting with family and friends. She enjoyed visiting sick people, was a great cook, and was infamous for banana pudding and pimento cheese. Betty was an avid University of Kentucky basketball fan.

Betty was born Feb. 2, 1930, in Puryear, to James Dolphus Brannon and Loubie Dobbins Brannon, who preceded her in death.

Besides her parents and husband, she was also preceded in death by two brothers, James Thomas Brannon and Harold Brannon; and one grandson, Chris Gallimore.

Ridgeway Funeral Home of Paris is in charge of the arrangements.

Mrs. Grogan was born Oct. 23, 1944, in Murray, to Clifford Rogers and Kitty Helen (Mangrum) Rogers. She retired as a secretary for the Haverstock, Bell & Pittman Law Office in Murray and was a member of the University Church of Christ.

In addition to her parents, Mrs. Grogan was preceded in death by her husband, Isaac A. Grogan; son-in-law, Kelly Rogers; one brother, Joe Rogers; and one sister, Martha Hutchens.

Expressions of sympathy can be made to the St. Jude Children’s Research Hospital, 501 St. Jude Place, Memphis, Tennessee 38105-9959.

Jules was born in Milroy, Indiana on June 20, 1931 to Calla Vincent and Helen Mills Harcourt.  He was preceded in death by his parents; two brothers, Conrad C. and Allen Jay; and three sons, Brett Allen, David James and Paul Arthur.

Dr. Harcourt was an instructor in the School of Business at Miami University in Oxford, Ohio, from 1956-1959. He later became Business Manager for the International Headquarters of Phi Delta Kappa, located on the edge of campus at Indiana University in Bloomington, Indiana.

He earned a Doctorate in Educational Administration at Indiana University in 1965 and served as Business Manager for two years for the Downers Grove, Illinois, public schools and MOREL, an educational research organization in Detroit, Michigan.

In 1968, Jules joined the faculty in the College of Business at Murray State University.  While at Murray State he served in various capacities including faculty member, Associate Dean for five years, Director of the Center for Regional Services for two years, and Department Chair for 15 years.  During his 23 years at Murray State University, Jules enjoyed his work including administrative duties, the teaching and counseling of students, research activities, and the writing of educational and professional materials.

He was lead author of a textbook, BUSINESS COMMUNICATION, which is widely used in colleges and universities in the U.S. and Canada. He also published 23 articles in professional journals and presented 47 papers at professional conferences, including one in Umea, Sweden, and one in Heidelberg, Germany.  At Murray State he was the director of several research projects.

Jules was an active member and officer of St. John’s Episcopal Church. He served as a Hospice volunteer for 15 years and was instrumental in organizing and served on the original Boards of Directors of three local organizations: the MSU Federal Credit Union, Murray Calloway County Senior Citizens and Angels Attic.

Jules enjoyed traveling, camping, and boating with his family when his children were still at home. Following that time, he and his wife continued traveling in a camper and after his retirement spent the winter months in Florida.

His service in the United States Army was from 1951-1953. He was first stationed at Ft. Riley, Kansas and later at Butzbach, Germany.

A family service in Milroy, will be scheduled at a later date.

She was born in Carmi, Illinois July 19, 1937 to the late Richard and Erma (Edmonson) Tuck. She was a member of the Russellville United Methodist Temple. Mrs. Riley was a graduate of Murray State University and a home economics teacher having worked in Phoenix, Arizona and Russellville High School.

In lieu of flowers the family requests donations to the United Methodist Temple.

Young Funeral Home, Inc. of Russellville, Kentucky, will be in charge of the arrangements.

In addition to his parents, he was preceded in death by one sister, Bonnie Rogers.

There will be no public visitation or service. A private family service is planned for a later date.

The J.H. Churchill Funeral Home & Cremation Services is in charge of the arrangements.