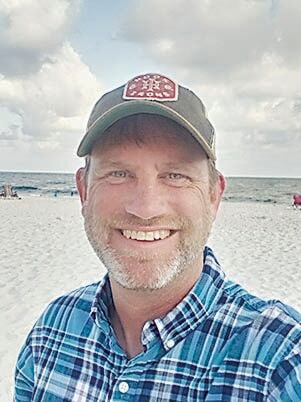 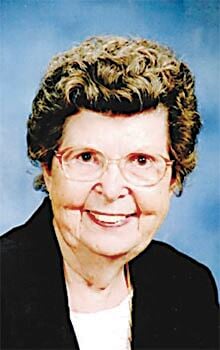 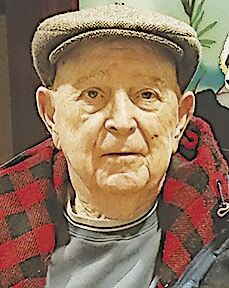 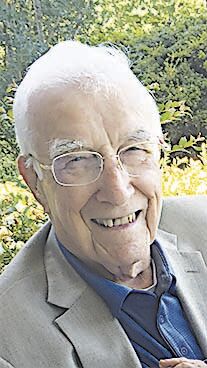 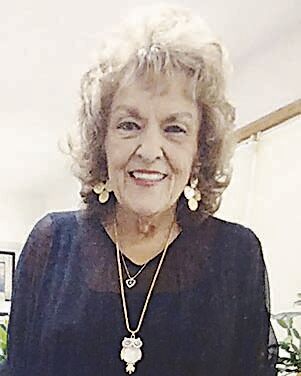 The funeral service will be at 11 a.m. Saturday, Jan. 23, 2021, at the J.H. Churchill Funeral Home & Cremation Services with Larry Salmon and George Culp officiating. Burial will follow in Salem Cemetery. Visitation will be from 5-8 p.m. Friday, Jan. 22, 2021, at the funeral home.

Expressions of sympathy may be made to the Calloway County Fire-Rescue, 101 E. Sycamore St., Murray, KY 42071.

She was born Nov. 29, 1930, in Indianapolis, Indiana, to Mason C. Wheeler and Alda Epperson Wheeler.

She was a retired certified public accountant. She was also a member of First Baptist Church, and active in the Phoebian Sunday school class and the M.A.G.I.C. group. She served on numerous boards, charitable foundations, and groups including the Sigma Department of the Murray Woman’s Club, Kentucky Federation of Women’s Clubs, Kentucky Society of CPAs, American Society of CPAs, and the Murray High School Band Boosters.

In addition to her parents, she was preceded in death by her husband, Bethel Richardson; a brother, Darrell Wheeler; and two grandchildren, Sina and Jennifer Hurter.

A graveside service will be at 10 a.m. Friday, Jan. 22, 2021, at Murray Memorial Gardens with Keith Inman and Boyd Smith officiating. Burial will follow. There will be no public visitation.

He went to a two-room schoolhouse through the sixth grade. He then walked a mile and a half to Atkins Porter in Paris, Tennessee, for seventh and half of eight grade. His family moved to Murray in 1941. He attended the Murray Training School for the end of eight grade, ninth and tenth, before transferring to Murray High School to complete his education. While at Murray High, he lettered in football, basketball and track, and placed second in the state pole vault. He graduated in 1945. He received a scholarship to Murray State and played basketball and football for one year. He was drafted into the U.S. Army Air Corps in 1946, where he played competitive basketball while serving his country for 18 months. He returned to Murray State College, graduating in 1950 with a degree in health and physical education. He earned a master’s degree in education in 1951.

Mr. Russell taught math and history in Union City, Tennessee, where he also coached football during the 1951-1952 school year. He then worked at the Paducah Gaseous Diffusion plant from 1952 - 1992. He showed his love for Murray High School by keeping the clock for football games from 1946 - 1982. He also refereed First Region basketball for 25 years.

He loved people, making friends in many travels. He enjoyed hunting and fishing, doing so in South Dakota, the Carolinas, Alaska and Canada. A member of First Baptist Church in Murray, he went on mission trips to Brazil and to Campbellsville College.

He was preceded in death by his wife of 65 years, Mary Ann Underwood Russell; his parents, Duell and Dollie Russell; and siblings, Ophelia Denton of Atlanta, Georgia, Cody Russell of Lebanon, Tennessee, and David Russell of Napierville, Illinois.

Mr. Russell is survived by his son, Mark Russell of Paducah; his daughter, Lisa Russell Hall; his son-in-law, Jim Hall; and grandsons, Samuel Hall and Jacob Hall, all of Murray.

There will be no visitation and only a graveside service for immediate family. The family requests no flowers.

Expressions of sympathy may be made to a scholarship fund Mr. Russell and his wife set up to assist students who are studying to become special education teachers - The Mark Allen Russell Scholarship Fund, Murray State University, 200 Heritage Hall, Murray, KY 42071.

At 95 years of age, he recalled traveling by horse and buggy and then by a 1929 Model-A Ford. He was a World War II veteran and served in the U.S. Navy for five years (1943-1948) on assignment in the Pacific Theater of New Hebrides and Guam. Among his favorite activities was traveling with his wife, Eva, and playing golf. As an active community leader during his long-term residency in Murray, he served as Calloway County’s Property Valuation Administrator for 28 years, the longest held elected office at that time. He served as First District Representative for the International Property Valuation Administrators and was later elected as president of the Kentucky PVA Association. Further community involvement included serving on the board of directors of the Calloway Chapter of the American Red Cross, chairman of the Calloway County United Fund Drive, a member of the Murray Lion’s Club, and coached Little League baseball.

During his Murray residency, he was an active member of First Baptist Church, serving as a trustee, deacon, and on various committees throughout the church body, as well as participated in mission trips. He was the founder of West View Nursing Home, now known as Spring Creek. In addition to his years of elected office, he ventured into home building and rental properties. For the past seven years, he has resided in Mt. Juliet, Tennessee, and attended First Baptist Church Mt. Juliet.

A memorial service will be held at a later date with a private burial beside his wife at Murray Memorial Gardens with Dr. Steve Hale, his son, officiating.

Donations may be made to the Steve Hale Evangelist Association, 11905 Highway 92, Woodstock, GA 30188 or at shea@fbcw.net.

The  J.H. Churchill Funeral Home & Cremation Services is in charge of arrangements.

She was born March 19, 1937, to William Aubrey Hatcher and wife Juanita Allbritten Hatcher of Murray.

She was a member of Southside Church of Christ in Somerset. She was a successful Realtor for many years, and retired as co-owner of Ron Jones Realty. Then she spent many of her retirement years as an active promoter of her adopted hometown of Burnside.

She was preceded in death by her parents and a son, William Wilson.

Emma Lou is survived by her beloved husband of 50 years, Ron Jones; daughters, Cynthia Ann Conner and husband David of Murray and Melanie Hatcher Adams and husband Kenneth of Clearwater, Florida; a grandson, Eric Clark of Tallahassee, Florida; and a great-granddaughter, Ava W. Wilson of Burnside.

In lieu of flowers, donations may be made to a favorite charity in her honor.

Southern Oaks Funeral Home in Somerset, Kentucky, is in charge of arrangements.

Mr. Lamb served in the U.S. Army where, among other assignments and locations, he served as an ambulance driver in Korea. After four years of service, he moved to Hawaii where he attended the University of Hawaii and earned a bachelor of arts degree in philosophy.

He worked many years for AT&T. Beginning in Hawaii, he relocated to Redwood City, California, and then to Ennis, Texas, where he continued with AT&T until accepting early retirement. From Texas, he moved to Wyoming. He moved there to experience the extreme winters — unlike other places he had lived. But after many severe seasons, he finally had enough of them and made the move to South Miami Beach where he lived the last 10 years.

Daniel was adventurous and he fearlessly traveled the world. He visited places less traveled. He sought the extremes. His goal was to visit every significant place in the world. He also had a love for writing. He had one book published and another in the works. He enjoyed good discussions on politics and philosophy. Daniel loved dogs. He always had a Terrier, Pomeranian, or Westie who would become his best friend.

Daniel is survived by his little white Westie, Miss Daisy, who was beside him every day, right up until the end; four brothers, Stephen Lamb and wife Gail of Mena, Arkansas, Michael Lamb and wife Linda of New Concord,  Amos Lamb of New Concord, and Phillip Lamb and partner Donnie Ann of Leitchfield; four sisters, Rachael Lamb Becker of Water Valley, Ruthie Lamb and husband Gerard Johnson of Murray, Mary Jo Farris and husband Buddy Farris of Murray and Martha Lamb and partner Kenny Donelson of Murray; and many nieces and nephews.

A celebration of life will be scheduled at a later date.

Jerry Bailey Lassiter, 73, of Dexter, Kentucky, died Monday, Jan. 18, 2021, as a result of injuries sustained in a motor vehicle accident.