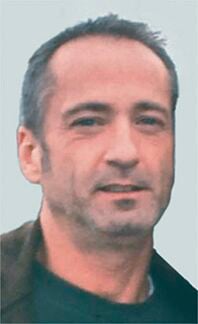 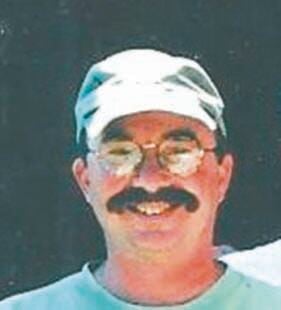 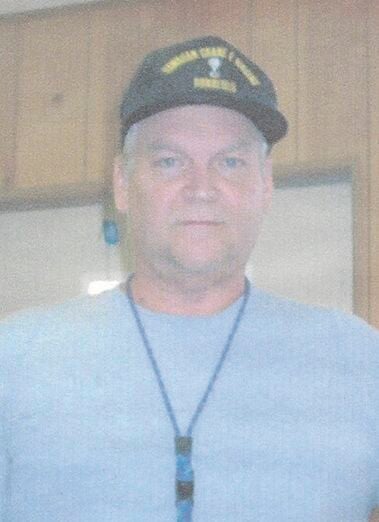 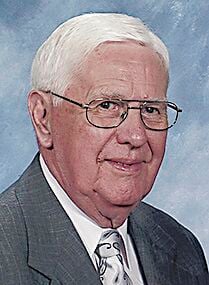 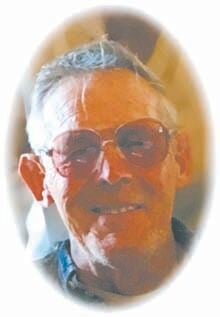 He had the ability to roll with the punches, go with the flow, and find humor in most every scenario, including his last few weeks battling the complications of cancer.

Phill took his last peaceful breath after saying he’d go first just to check things out for his family, because he looked out for those he loved. He loved his children more than anything. Devin Scott Thompson of Philadelphia, Pennsylvania, and Samantha Jade Thompson of Trenton, New Jersey, have survived him in death as well as in all of the embarrassing home movies he insisted on making of their accomplishments.

No one loved Phill more than his own mother, Jackie Graham, who is well and living in Murray. He loved and cherished his mother, and he always said he was her favorite child.

Phill is also survived by his three sisters, Felicia Fisher of Gulf Breeze, Florida, Sandy Butler of Clinton and Dana (John) Provo of Gulf Breeze. His intelligent and attractive sisters have collectively agreed to forgive him for torturing them as children and for contaminating them with cooties.

He was preceded in death by his father, John Daniel Thompson, from whom he inherited his unbridled curiosity, survival skills, unbeatable charm and huge ego.

His classmates from 1977-1981 at St. Mary High School in Paducah and Reidland High School probably remember an effervescent, handsome prankster who loved everybody and was a magnet of personality that always attracted people to him. Phill appreciated everything because everything had worth, like his jobs. He took his responsibilities and duties seriously at AugustaWestland. He had mentioned many times his fun and cool co-workers, who he considered great friends.

Phill dearly loved, and was loved by, his friends and family. He said he wants us to remember the good times, to be kind and to keep happy hearts.

No memorial service is planned, but a family reunion and celebration will be held at a later date.

Expressions of sympathy may be made to Penn Medicine At Home Development, Attn: Kelly McBride, 3535 Market Street, Ste. 750, Philadelphia, PA 19104.

He was born March 11, 1952 in Murray to Frelon and Francis Rose Pierce.

He was a member of Kirksey Baptist Church and served in the U.S. Navy.

In addition to his parents, he was preceded in death by a sister, Dot Stallons.

He was born June 25, 1953 in Houston, Texas, to Lloyd Nichols and Dorothy Williams Nichols.

He retired as a special projects manager with Marathon Oil Company. His 30 year career in the oil industry included supervising and coordinating many different aspects of the oil refinery business that spanned across many states, including, Texas, California, Hawaii, Washington, Pennsylvania and Kansas. He received numerous recognition awards for achievement and excellence.

In addition to his parents, he was preceded in death by his brother, Roger Nichols.

A graveside service will be at 1 p.m. Saturday, Jan. 2, 2021, at  Mount Pleasant Cemetery with Clint Gentry officiating. There will be no public visitation.

Howard Wilton Coy was born on a cold November morning in Stewart County, Tennessee, to Clarence Calvin Coy and Esther Wofford Coy. His birth is a long story, but if you knew Howard, he probably already told you.

He served in the U.S. Air Force as a radio and communications operator for the C-119 Flying Boxcar and 22nd Crash Rescue Boat Squadron during the Korean War. He was a successful businessman and co-founder of Murray Appliance Company which became the number one General Electric dealership in the southern region during his ownership. In 1999, he was named a Kentucky Colonel, the highest honor bestowed by the Governor of Kentucky in recognition of an individual’s noteworthy accomplishments and outstanding service to the community, state, and nation.

He was a long-standing member of Independence United Methodist Church where he served as Sunday school teacher for 43 years, Sunday school superintendent for 41 years, and chairman of the admin council for 42 years. He pretty much did anything he was asked to do for the church, including wrangling camels while playing a wise man in their annual live nativity. That was definitely typecasting.

Howard never met a stranger and was loved and admired by family and friends for his integrity, kindness and generosity. He could fix anything and loved to restore antique tractors to their former glory. At age 10, a young Howard took discarded muscle fisherman batteries and six-watt bulbs from wrecked cars to make lights for the chicken house. Mind you, there was no electricity in that part of Western Kentucky at the time. TVA had not built the first dam. No one showed him how to do it, he just figured it out. He built a Howard Original, pre-fabricated shed in his workshop in Kentucky, transported it to Tennessee, and put it together in his daughter's backyard. A few years later, a tornado knocked a large oak tree on top of the shed. The shed is still standing. The tree is not.

He was a Murray State Racer fan through and through, and enjoyed going to Southern gospel music concerts where his daughter sometimes got him pretty good seats. He was a meat and potatoes man, but loved peanut butter cookies and his sister Edna's coconut cake. He spent many lunches at the Murray Dairy Queen where they had his chili dog and banana milkshake waiting on him when he pulled in the parking lot. He liked fishing, but driving the boat was way more fun for him. He doted on his grandson and thought he hung the moon. And his grandson still believes his Pa is a real life superhero.

He managed to talk two smart, wonderful women into marrying him. He was married to Wanda Vance Coy for 49 years until her death. Then he bought a new truck and asked Joann Simmons to go for a ride down at Land Between the Lakes. She has been riding around with him ever since and added 18 years of joy to his long life.

In addition to his parents, he was preceded in death by two sisters, Edna Cunningham Holland and Patricia Coy.

He is survived by his wife Joann of Almo; his daughter, Gina Adams and son-in-law Mark Adams and grandson Tyler Adams of Brentwood, Tennessee; a stepson Jay Simmons and wife Kim of Mayfield; step-grandchildren, Preston Simmons of Louisville and Kate Eells and husband Zack; and step-great-granddaughter, Ivy June of Murray; a brother, Kenneth (Sonny) and wife Wilma Coy of Murray; and many beloved nieces and nephews.

Howard was thrown a virtual 90th birthday party online just a few weeks ago at www.HappyBirthdayHoward.com where lots of people agreed and confirmed that his life was well-lived.

In lieu of flowers, donations may be made to the McDaniel Cemetery that Howard dutifully took care of for many years, c/o Patricia Lassiter, 1460 Peeler Road, Dexter, KY 42036.

She was a resident of Murray for 42 years before moving to Mt. Juliet, and was of Catholic faith.

In addition to her parents, she was preceded in death by her husband, Edward Shinners.

A private, family graveside service will be held at Murray City Cemetery.

He was born May 11, 1938, in Puryear, Tennessee, to John Culley and Willie Pearl Turpin.

He retired as a tool and dye maker.

In addition to his parents, he was preceded in death by one step-daughter, Patty Williams Suver.

Visitation will be from 11 a.m. to noon Tuesday, Jan. 5, 2021, at Imes Funeral Home & Crematory, downtown Murray. Burial will follow in Murray Memorial Gardens.

She was born Feb. 20, 1933, in Dexter, Kentucky, to Clarence and Harriet Duncan Phillips.

She worked in dietetics at Elgin State Hospital and was a member of Glendale Road Church of Christ.

Ms. Carroll is survived by several nieces and nephews, as well as good friend, Marie Taylor.

She was born May 29, 1940, in Evansville, Indiana, to John Ed and Elsie Sichler Norman.

In addition to her parents, she was preceded in death by a son, James Clemons Jr., and a sister, Betty Pease.