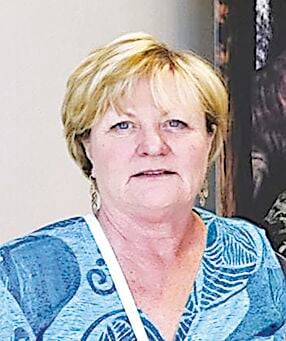 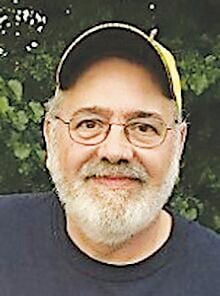 She was an accomplished real estate broker for more than 20 years in Southern California. Throughout her life, she loved to read and to study for spiritual growth. She traveled many places all over the world including Scotland, Peru, Amazon Jungle, Bahamas, Hawaii, and many other places. However, spending time outdoors and with her grandchildren and other family members was an all-time favorite.

A private family gathering will be held at a future date.

He was born March 7, 1953, in Benton, Kentucky, to Joe Howard and Doris Jean Jackson Watkins.

He retired from Ray Smith Chevrolet in Camden. He was of Methodist faith.

He was preceded in death by his parents; his father-in-law, Melvin Dotson; his mother-in-law, Mary Sue Glidwell; and two brothers-in-law, Donnie Hudson of Almo and Edward Dale Hooper of Camden.

Mr. Watkins is survived by his wife of 42 years, Linda Sue Dotson Watkins of Camden; four daughters, Amanda Watkins of Cedar Springs, Michigan, Melissa Baylor and husband Scott of Camden, Angela Stigall of Camden and Elizabeth Holloway of North Carolina; a son, Terry Bates and wife Becky of Camden; three sisters, Carla Hudson of Almo, Wanda Tucker of Murray and Chandra Britt and husband Trey of Murray; 10 grandchildren; and one niece, one nephew and two great-nephews.

No funeral service is planned, but a celebration of life will take place at a later date.

Sammy H. Pittman, 72, of New Concord, Kentucky, died peacefully surrounded by the ones he loved on Saturday, March 27, 2021, at the Anna Mae Owen Residential Hospice House in Murray, Kentucky.H

He born to Hubert and Blanche Pittman of New Concord.

In addition to his parents, he was preceded in death by his brother, Danny Pittman.

Sammy is survived by his wife, Dora Pittman of New Concord; a son, Jason Pittman and wife Amanda; and beloved granddaughter, Harper Jane Pittman, all of Murray.

In honor and dedication of Sammy Pittman’s life, his family ask for anyone wishing to offer condolences donate to the Anna Mae Owen Residential Hospice House, 803 Poplar St., Murray, Ky 42071.

A private memorial service will be held at a later date.