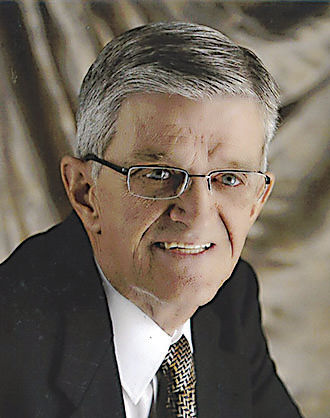 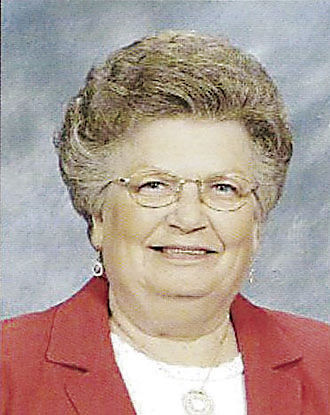 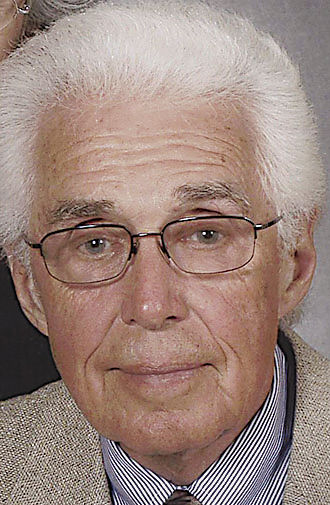 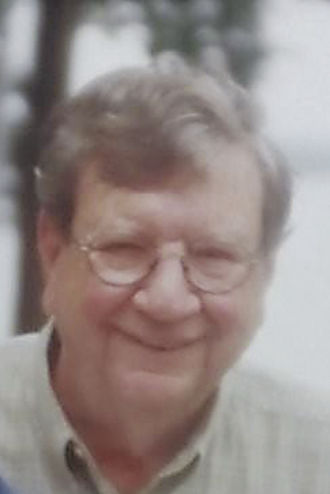 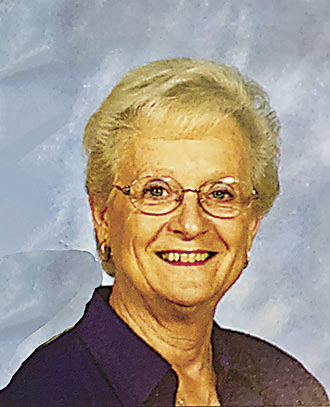 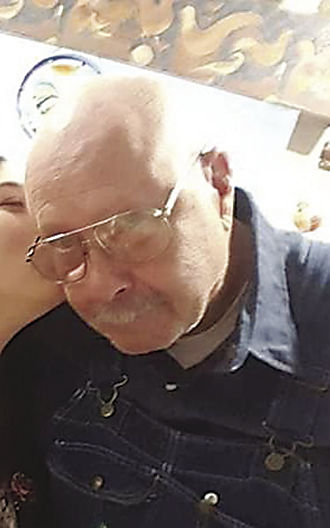 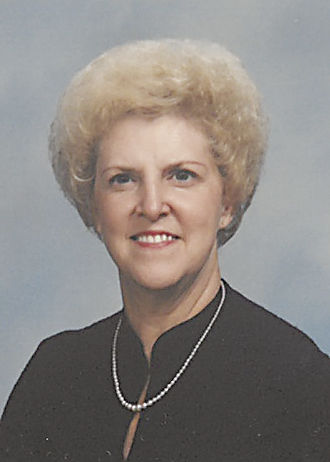 He was born Jan. 9, 1938, in Calloway County, Kentucky, to Levi Ford and Flora Beane Ford.

He worked for 36 years as a letter carrier with the United States Postal Service. He served our country in the U.S. Navy with four years of active duty and 20 years in the Navy Reserve. He was an avid University of Kentucky Wildcat basketball fan, a Kentucky Colonel, and was a member of Memorial Baptist Church. His greatest joy was spending time with his family.

In addition to his parents, he was preceded in death by four sisters, Geneva Hatcher, Sue Powell, Emma Elizabeth Powell and Jessie Miller.

Mr. Ford is survived by his wife, Linda Collie Ford; whom he married July 14, 1961; two daughters, Jennifer Allen and husband Philip and Sharlisa “Shorty” Smotherman and husband Richard, all of Murray; three grandchildren, Haley Rose Allen and fiancé Phillip Geiman of New Orleans, Louisiana, Morgan Smotherman Perry and husband Wesley of Murray and Clay Smotherman of Murray; one brother, H.L. Ford and wife Norma of Murray; and one sister, Shelby Hosford and husband Hal of Murray.

There will be no public service or visitation. Burial will be in Scotts Grove Cemetery with Martin Severns officiating.

Expressions of sympathy may be made to Cardiac Services of Baptist Health Foundation, 2501 Kentucky Avenue, Paducah, KY 42003.

Frances excelled in school and often told her family about winning the county spelling bee contest and competing at state in seventh grade. She married the love of her life, TC Hargrove, on May 18, 1946. She was a devoted wife and mother who worked many early and long hours inside and outside of the home. She and TC made sure the boys participated in school and summer activities where they were always in attendance to give support. Frances spent her summers working in her garden, canning food for her family, even making clothes for the boys, and attending her sons’ baseball games. In the early years, she was employed at Kuhn’s Five and Dime, Sears, and then retired after 20 years from Fisher Price where she worked production and quality control. Frances earned her GED, quite an accomplishment for someone past 60, in order to work as a teacher’s aid in the Calloway County Preschool.

She spent hours with TC in several hospitals while he was recovering from multiple heart surgeries. No one ever heard a word of complaint. Her grandchildren lovingly called her “Granny,” and enjoyed many visits with her over the years where they always knew she would have their favorite videos and snacks waiting for them. After TC passed, Frances moved into town and became a member of Glendale Road Church of Christ where she worshipped regularly until health prohibited. She enjoyed traveling with close friends from Murray, taking several bus trips to visit cities across the U.S. She moved into assisted living and then into Spring Creek Health Care where she became the Bingo Queen. She loved to play, making sure to sit close to the caller so she could hear the number correctly. The highlight of her recent past was her 90th birthday celebration. Many friends and family travelled to share the day with her. It was a magical day for Frances and became one of the last good days she would have.

She was preceded in death by her husband, TC Hargrove; her parents, Caleb Smith and Alma Smith Cooper; her sister, Caleen Smith Felts; her brothers, Glen Smith, Lloyd Cooper and Frankie Cooper; and a grandson, Matthew Hargrove.

A private visitation will be held at the J.H. Churchill Funeral Home, followed by a graveside service in  Murray Memorial Gardens with Garry Evans and John Dale officiating.

He was born Feb. 23, 1933, in Calloway County, Kentucky, to Oatman Cohoon and Mary Roberts Cohoon.

He retired from the Kentucky State Police in 1984. He was an U.S. Army veteran and attended First Baptist Church.

A private family visitation and graveside service will be held. Kentucky State Police retirees will serve as pallbearers.

He worked for 35 years as a crude oil representative with Marathon Oil Company. He was a member of First Baptist Church of Murray and the Be-One Sunday school class.

She was born Aug. 26, 1942, in Paducah, Kentucky, and was the oldest child of James A. Flowers and Katherine Nicholson Flowers, who preceded her in death.

She graduated from Reidland High School in 1960, worked as a phlebotomist at the Murray-Calloway County Hospital, and was a very active member of Goshen United Methodist Church.

There will be no public service at this time.  A celebration of life will be held at a later date.

He was born Dec. 18, 1945, in Rock Island, Illinois, to  John Emmanuel May and Arvada Shanks Reddick.

He was a highly decorated retired first sergeant and veteran of the U.S. Army who served in the Vietnam War. He received many commendations including the Order of Saint Barbara, the Bronze Star, and was the Distinguished NCO of the Quarter twice at Fort Sill, Oklahoma. After retiring from the Army, he was employed by and later retired from Dowell Schlumberger Oil Field Service as a field engineer.  He was an avid hunter and fisherman, and spent the last several years working for and helping at Palmer Farms for Tim and Cassidy Palmer. He was a member of Coldwater United Methodist Church and served as a trustee.

In addition to his parents, he was preceded in death by one daughter, Karen Elizabeth May.

Mike is survived by his wife, Eugenia “Genie” Jablonski May of Almo, whom he married  Feb. 3, 1969, in Lawton, Oklahoma; one daughter, Kimberly Ann May of Bolivar, Missouri; one sister, Florence Heavener and husband Jim of Gaines, Michigan; one brother, Clayton Virgil Reddick and wife Cindy of Centerton Arkansas; and three grandchildren, Andria Potter of Bolivar, Alicia Potter of St. Louis, Missouri, and Megan May of Tempe, Arizona.

A memorial graveside service will be held at a later date.

Memorial contributions may be made to the Enduring Hope Campaign, Regional Cancer Center, The Foundation at Murray-Calloway County Hospital, 803 Poplar St., Murray, KY 42071.

Gladys Olene Jones was born March 31, 1938, at home in Essex, Mississippi. The doctor accidentally listed her date of birth as April 7 on her birth certificate, so that became her legal birthday. She was the 12th child of John Howard and Erdie Elizabeth Patterson Jones.

Her mother died Dec. 1, 1939, from complications of another pregnancy. Her paternal aunt, Amy Elver and her husband Tom Watts took her and her two-year-older brother Stanley to raise in Chicago, Illinois.

When she was about 10, Uncle Tom decided the big city was no place to raise children, so he quit his railroad job and they moved to the family farm in Medina, Tennessee. Gladys often spoke about the how difficult the transition from modern city life to rural farm life was. There was no running water, electricity, a two and a half mile walk to school, farm chores, the isolation of a rural farm, hoeing and picking cotton in the hot summer sun with her brother Stanley.

She graduated from Medina High School in May 1956. After graduation, she moved to nearby Jackson, Tennessee, and worked for the telephone company. Not having a car of her own, Uncle Tom gladly drove to Jackson each weekend so Gladys could return home to visit and attend Friendship Baptist Church with her aunt and uncle. Her church had recently hired a new young pastor, which was his first church assignment. She jokingly said she noticed the handsome young pastor would shake her hand a little longer than the other young ladies as church let out each Sunday. On Sept. 1, 1957, she married that handsome pastor, the Rev. John Lawson Williamson, in Medina. She was proud to be a pastor’s wife and completely embraced the life that came with it. Over the next 43 years, the Williamsons pastored at several churches in Tennessee and Kentucky. At each church assignment, Gladys found a job, helping support their family, while continuing to be an active pastor’s wife.

In the fall of 2000, after retirement and as Lawson’s health was declining, the Williamsons relocated to Leavenworth to be near their youngest daughter.

Rev. John Lawson Williamson preceded Gladys in death, Aug. 19, 2002. After Lawson’s death, she remained active in Leavenworth Baptist Church and was employed part-time at Mount Calvary Cemetery. She enjoyed working in her yard, time spent with her church family, cooking, and walking her dog, Sally.

Burial with Lawson will be in Pisgah Cemetery in Atwood, Tennessee.

Memorial contributions may be made to Pisgah Cemetery in care of the funeral home.

R.L. Leintz Funeral Home of Leavenworth, Kansas, is in charge of arrangements.