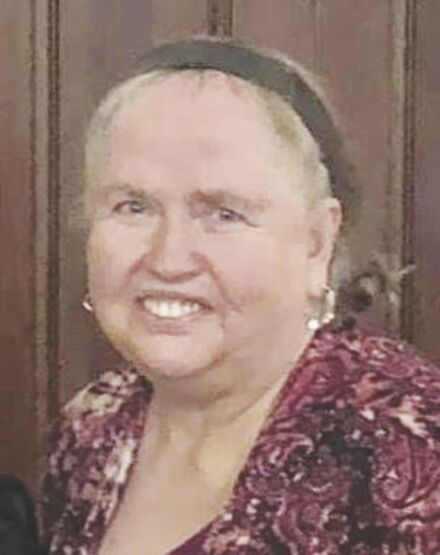 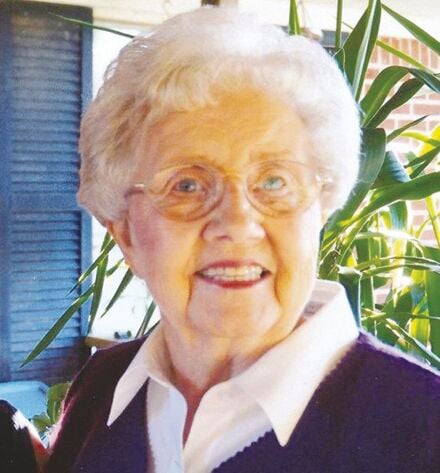 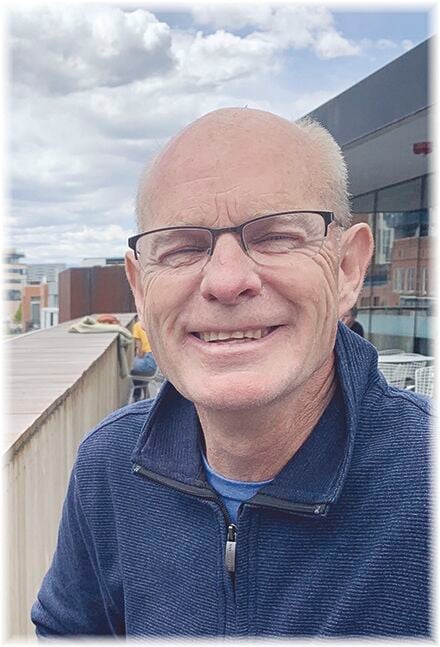 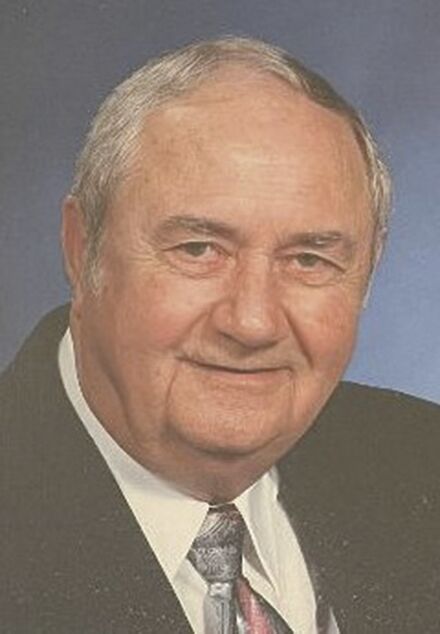 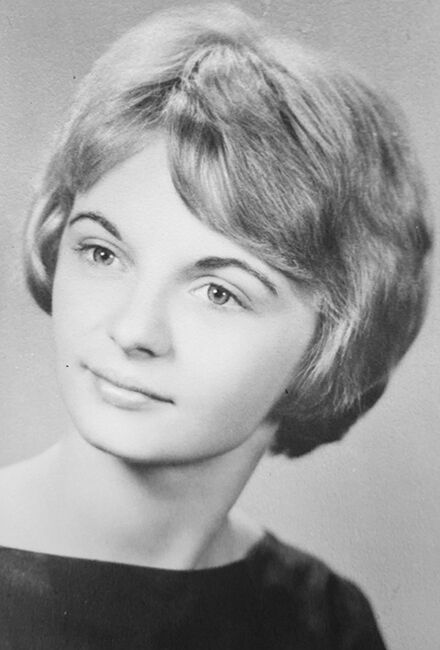 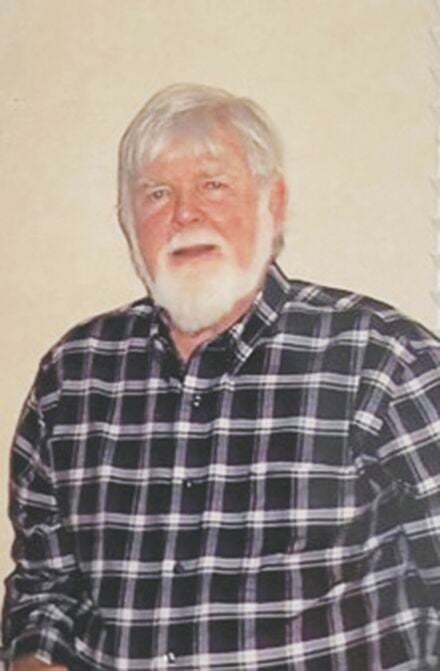 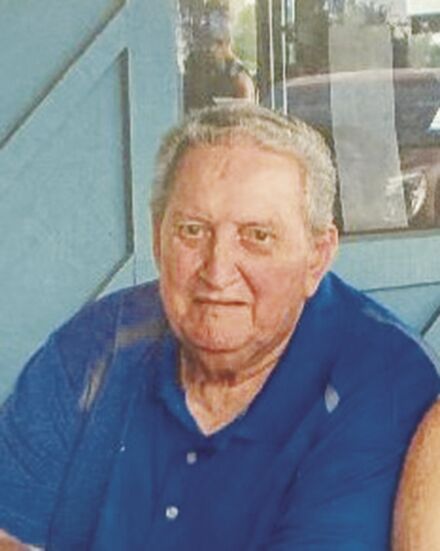 In addition to her parents, she was preceded in death by one brother, Jimmy Lamb, and one sister, Carolyn Warner.

Ms. Lane is survived by one daughter, Tina Peery and husband Keith of Murray; one sister, Debra Scott and husband Don of Benton; one brother, Danny Lamb and wife Charla of Murray; and one granddaughter, Courtney Reagan Peery of Murray.

She was a member of First Baptist Church in Mayfield, and a member of the Eastern Star. She retired from West Kentucky Rural Electric as a financial officer.

In lieu of flowers, donations may be made to the St. Jude Children’s Hospital, 262 Danny Thomas Place, Memphis, TN 38105.

Brown Funeral Home of Mayfield was in charge of arrangements.

He graduated from Murray High School in 1975. He earned his bachelor’s degree from Murray State University, where he met the love of his life, Diane. After graduating, the newlyweds first moved to Bowling Green, then settled in Oldham County as John began his 40-year career as a distribution manager for the Louisville Courier-Journal.

John’s life was defined by his generosity toward others and the joy and pride he took in his family. A longtime volunteer for The Crusade for Children, he also served as a scout leader for Boy Scout Troop 167. Both his sons earned the rank of Eagle Scout. He volunteered for the South Oldham High School Band when his kids were in school and over the past six years for Reading Camp, a nonprofit where his daughter serves as executive director. The hours he spent working on the overnight shift at the Courier-Journal or volunteering during his free time touched the lives of so many.

He was immensely proud of his three kids, and their educations, careers and families. John enjoyed fishing, hiking, camping, and spending time with loved ones, especially his grandkids, who called him Papa. A fan of scenic lookouts, the hunt for the perfect car, scoring a great deal, and roasting marshmallows over a fire, John will be sorely missed.

He was preceded in death by his father, Jules Vincent Harcourt, and his brothers, Brett, Paul and David.

Online condolences may be left at www.NewcomerKentuckyiana.com.

Newcomer Funeral Home East Louisville is in charge of arrangements.

He graduated as the valedictorian of his 1951 Sedalia High School class. On June 20, 1953, he married the love of his life, Bobbie Joan Adams.

In September of 1953 he was drafted into the U.S. Army, where he proudly served his country in the Korean War. After his honorable service tenure, he returned to Graves County. It is there he commenced his 41½ year career with the West Kentucky Rural Telephone.

In 1963, Mr. Harrison and four other men started the Kirksey Ball Park for the local families. He coached as well as served on the park board, and was a commissioned Kentucky Colonel due to his work at the park. He was also a past member of the Hardin/Marshall County Optimist Club, and a member of Kirksey United Methodist Church.

James was preceded in death by his parents, Wade and Ona Mae Forester Harrison; a sister, Bulah Meadows; and his grandson-in-law, Michael Myers.

A graveside service was at 2 p.m. Sunday, Nov. 28, 2021, at Burnetts Chapel Cemetery with David Allbritten officiating. No public visitation was held.

Expressions of sympathy may be made to the Anna Mae Owen Residential Hospice House, 803 Poplar St., Murray, KY 42071, or a charity of your choice.

She was born April 20, 1947, in Olney, Illinois, to Arnold Orville Frutiger and Lela Welch Frutiger.

She was a member of the Life Tabernacle in Murray. She retired after a long career from Murray State University. God and her family were foremost priorities in her life. She enjoyed being outdoors and watching her children and grandchildren play sports. All who met her described her as a sweet, caring person, who enjoyed helping others.

In addition to her parents, she was also preceded in death by a brother, Danny Frutiger, and a nephew, Austin Frutiger.

He was born Sept. 3, 1941, to Pauline Jones Earley and Stephen Edward Earley.

He was employed at Murray State University in the maintenance department and after retirement, enjoyed helping neighbors, being outdoors, especially walking for exercise, and he especially enjoyed talking with his family in London, Kentucky. He looked forward to going to church, he loved his church family, and they were so attentive to him.

He was preceded in death by his parents; his wife, Ruth; sisters, Thelma Pressler and Joyce Schott; and brothers, Edward Earley and Frank Earley.

Robert is survived by a brother, Leroy of Lexington; a sister, Mary White of London; a special niece, Veronica Hampton; two great-nephews, Hunter and Fisher Hampton of London; and special friends, Jeff and Sherida Gentry and family.

He was born March 23, 1942, in Murray, to Wendall and Sadie Wilson Allbritten.

He retired from Pennwalt Chemical after 30 years as a chemical operator. He was also a farmer and cattleman, and attended  Glendale Road Church of Christ.

In addition to his parents, he was preceded in death by one sister, Joanna Wilder.

The funeral service will be at 11 a.m. Wednesday, Dec. 1, 2021, at the J.H. Churchill Funeral Home & Cremation Services with John Dale and Kerry Lambert officiating. Burial will follow in the Allbritten Family Cemetery. Visitation will be from 4-8 p.m., Tuesday, Nov 30, 2021, at the funeral home.

He worked as a carpenter, did autobody work, and later retired from the Calloway County Road Department. He was a member of Ledbetter Baptist Church, and served in the National Guard. He enjoyed fishing, hunting and musseling, and loved spending time with his church, family and friends, and especially his grandsons.

A graveside service will be at 11 a.m. Tuesday, Nov. 30, 2021, at Ledbetter Baptist Church Cemetery with Rick Yarbrough officiating. Burial will follow.