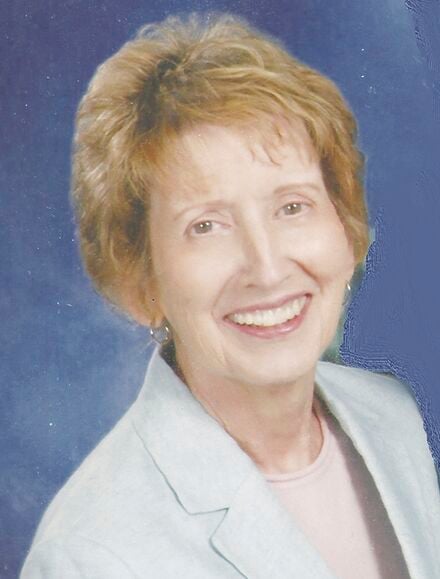 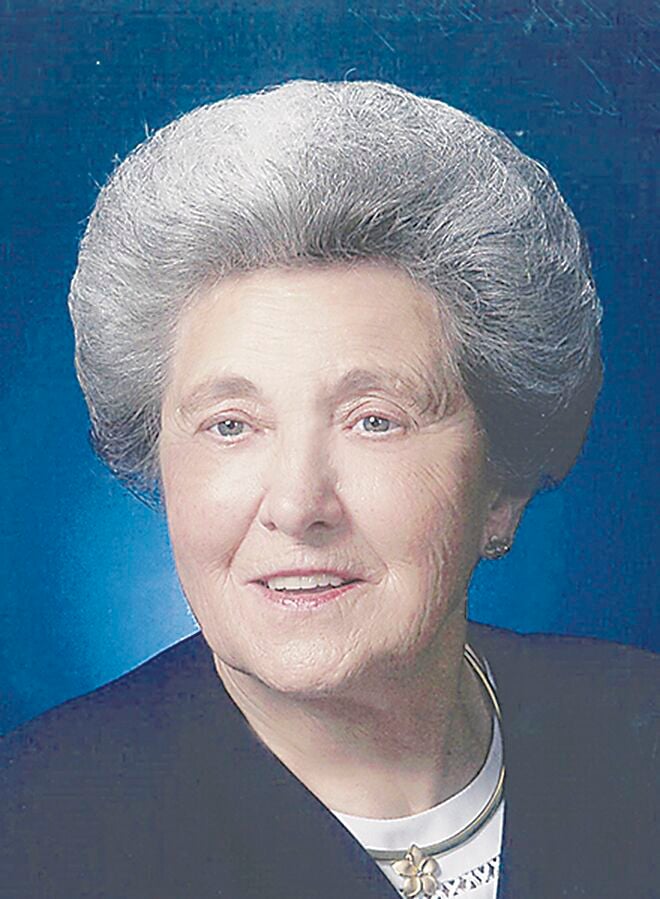 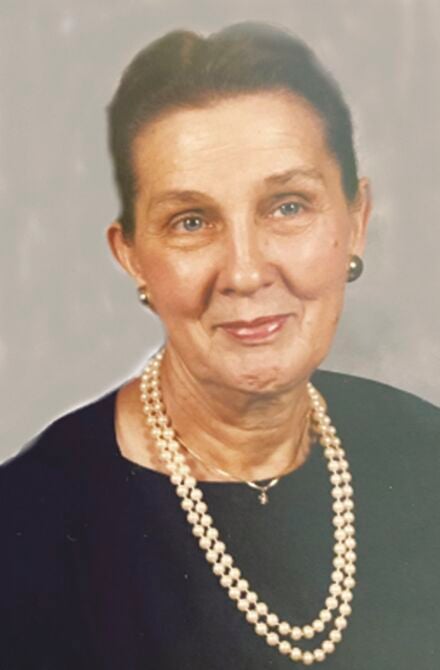 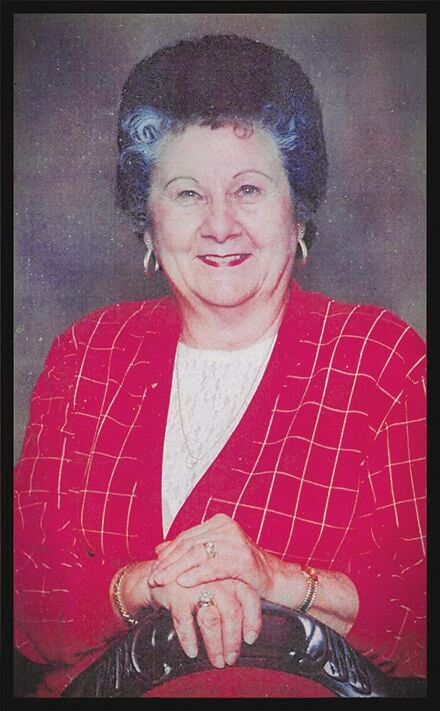 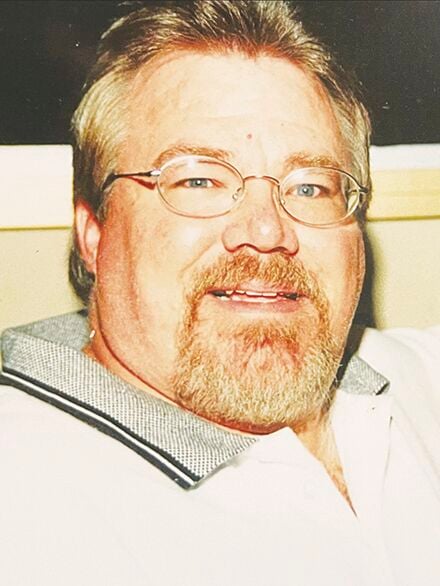 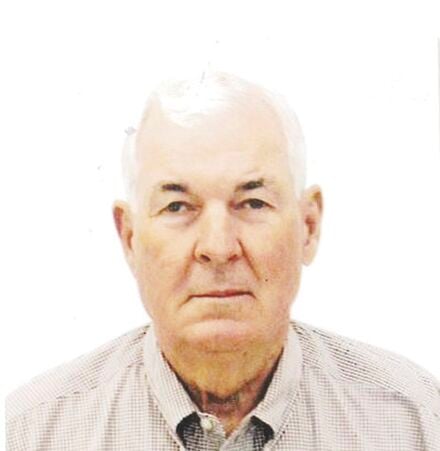 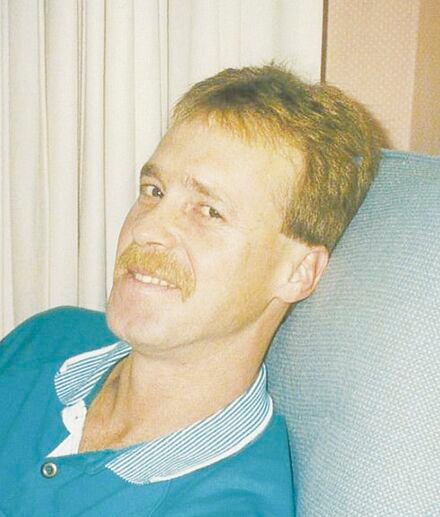 She was the daughter of Taz Roberts and Ruby Moss Roberts, both of whom preceded her in death. In addition to her parents, she was also preceded in death by her husband, Joe T. Thurman, who died in 2016.

She graduated from Murray High School and held multiple degrees from Murray State University. She was employed as a teacher for 27 years by the Murray Independent, Calloway County, and Metro Nashville School System(s), and was a member of First United Methodist Church for more than 50 years.

Sandra was active in the Murray High Band Boosters in the 1970s, and the lover of plants, nature, music and she knew all the birds by their song. Known as Big Mac to dozen of kids in the championship Murray High School Band, and Mommie to hundreds of others, she embodied kindness.

She donated her body to the University of Texas Medical School in Houston, Texas.

Services will be held once her cremains are returned to her family and will be announced at a later date.

Addie Carolyn Colley Wood, 93 of Farmington, Kentucky, departed to be with her Lord and loved ones who have gone before on Sunday, Oct. 17, 2021, at the Murray-Calloway County Hospital.

A member of both Farmington and Glendale Road Churches of Christ, she was a homemaker and former employee at Sears and the post office at Farmington.

She was preceded in death by her husband of 73 years, Jimmy Paul Wood; her parents, Robert and Mildred Cobb Colley; one sister, Bobbie Billington; and three brother, Jack, Larry, and Jerry Colley.

In lieu of flowers, donations may be made to the Farmington Cemetery Fund, c/o FNB Bank, 101 East Broadway, Mayfield, KY 42066.

He was born Jan. 31, 1960, in Washington, DC, and was adopted by his loving parents, Frederick and Pauline Cassie.

He graduated from East Davidson High School in Thomasville, North Carolina, in 1978 where he was the star and recurrent most valuable player of the high school basketball team. His height of 6’4” was a great contributor to his early success on the hardwood. His educational endeavors led him to Appalachian State University where he received a bachelor’s degree in political science in 1989 and a master’s degree in 1990. Little did Dr. Cassie know that his place of birth, Washington DC, would inspire a career that he loved so much as he earned his Ph.D. in political science at the University of Kentucky in 1995. His career took him to Weber State University in Ogden, Utah (1993-1995), Appalachian State University in Boone, North Carolina (1995-2012), and he was the chair of the political science department at Murray State University (2012-2016). He was also a member of the American Political Science Association and the Southern Political Science Association.

Bill was an accomplished scholar and the author of numerous academic research papers. He taught courses on public policy, American government, campaigns and elections, political parties and interest groups, and state and local Government. He was regarded as an expert in southern politics. As a professor, he motivated undergraduate and graduate students to become responsible citizens, knowledgeable of the political process in our nation without advocating for one political party over another. His desire was to arm students with education and critical thinking skills to enable them to recognize the political party that most epitomized their personal values and beliefs. He was respected and admired by individuals from all walks of life and political parties. Over his career he was asked by candidates of both political parties to advise in their campaigns. His academic legacy lives on in the achievements of students he taught and inspired.

Despite being a scholar, he was very down to earth, easy to talk to, and never met a stranger. He was incredibly clever with the most amazing wit and sense of humor. He was able to find humor in mundane tasks and kept his family and friends smiling or laughing most of the time. His wit allowed him to befriend most people immediately and was such an important part of his personality. He was larger than life, always positive, optimistic, and charming. He was a zealous lover of all sports, particularly football, basketball and golf. He enjoyed annual golf vacations with friends over spring breaks. He loved to have a beer and cheer on the Dallas Cowboys, win or lose, and his beloved Kentucky Wildcats. He loved his family and was incredibly proud of their achievements. He inspired them to be better people, using his wit, humor, and his special, thoughtful ways. He never would have wanted people standing around a funeral home in tears. He would have wanted the drinks flowing and people telling tall tales of his larger-than-life antics.

Bill was preceded in death by his parents, Frederick and Pauline Cassie of Thomasville.

He is survived by his wife of 19 years, Kimberly of Tulsa, Oklahoma, whom he married in Charleston, South Carolina in 2002; his children, daughters Madelyn (18) and Taylor (18), sons Raymond (18), Shawn (13) and Stetson Cassie (33) and wife Brandy of Knoxville, Tennessee, and their daughter (Bill’s granddaughter) Violet Cassie; and his sister Deborah Cable and her family of Denton, North Carolina.

Stanley’s Funeral & Cremation Servces is in charge of arrangements.

He retired from Caterpillar and loved his family, fishing and hunting.

In addition to his parents, he was preceded in death by his first wife, Marian Hansen, and a son, Mark Hansen.

A celebration of life was at 2 p.m. Sunday, Oct. 17, 2021, at Unity Cumberland Presbyterian Church in Hardin with Brad Braisen officiating.

Todd County Funeral Home was in charge of arrangements.

Edna Calhoun McKinney, 90, died Thursday, Oct. 14, 2021, at the Anna Mae Owen Residential Hospice House in Murray. Following an extended illness, she is now at home with her Lord and Savior Jesus Christ.

She was born Feb. 20, 1931, to Roy Calhoun and Mary Luton Calhoun Ahart on their family farm bordering the Cumberland River in Trigg County, Kentucky. Growing up “between the rivers,” she greatly valued her relationships with family and friends who lived in this close-knit community.

Graduating from Trigg Count High School at age 16, Edna pursued a bachelor of science degree in education. While still in college, she taught elementary school at Golden Pond, and after graduating from Murray State University in 1951, she taught in Paducah where she met her husband John D. McKinney. Their loving marriage was solemnized on June 28, 1952, at First Baptist Church of Golden Pond.

Over the next 30 years of John’s engineering career in construction management, he and Edna lived in 14 different states and two foreign countries. They tried to be active members of every community where they lived. In each location, they made it a priority to join a local Baptist church where they worshipped and served God with other believers.

Edna completed graduate-level education courses at the University of Wyoming and enjoyed other teaching opportunities, but her focus was making a home for John and their two daughters, Mary and Martha. She volunteered in their schools and helped with their activities.

Edna was truly a “people person” and enjoyed making new friends. Though she and her family relocated frequently, she endeavored to stay in touch with co-workers, neighbors and members of their “church family” from the places they had lived. She retained many of these relationships for the rest of her life.

After John’s untimely death in 1982, Edna returned to Murray to live near family, including her grandsons, and to be involved in their lives. She also enjoyed the close contact with other relatives and friends and especially liked to attend reunions and homecoming activities “between the rivers.”

For almost 40 years, she was a faithful member of First Baptist Church of Murray and the Phoebian Sunday school class. Missions work kept her busy – taking church mission trips, organizing local mission projects, and assuming leadership roles in the Woman’s Missionary Union (WMU) – both at the church level through the Dorothy Group, in the Blood River Baptist Association, and as a member of the Kentucky Baptist WMU Executive Board. She was also a part of the Delta Department of the Murray Woman’s Club.

Edna liked to travel. She and John visited all 50 states with their daughters. Later, she accompanied her grandsons on many road trips that crisscrossed the country. She also enjoyed traveling with tour groups and the church senior adults.

In addition to her husband, she was preceded in death by her parents; her stepfather, Seldon Ahart; her brother, Kelsie Calhoun and wife Doris; and a nephew, Tracy Calhoun.

The J.H. Churchill Funeral Home & Cremation Service was in charge of arrangements.

He was a retired attorney, serving the Murray community.

He was was preceded in death by his parents, Cook and Enid Sanders.

No public services will be held.

He was employed with Drywall Systems Plus.

Mr.. Rule is survived by his parents, Gerald and Shirley Wilkerson Rule of Coldwater; one son, Coady Duane Rule and Shayla Phillips of Farmington; one sister, Sherri Rule Brawner and husband Chad of Gleason, Tennessee; one granddaughter, Rilynn Jean Rule of Farmington; a niece, Chasney Brawner; and a nephew, Chandler Brawner.