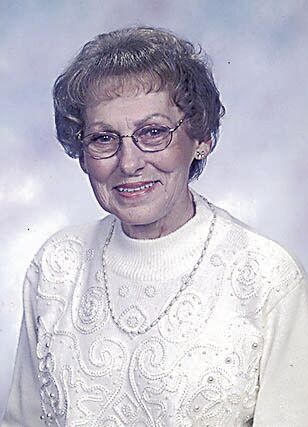 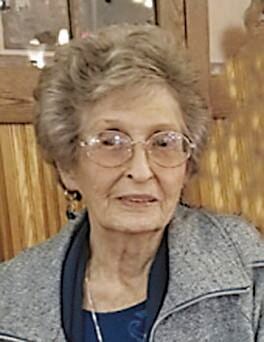 She was born April 2, 1935, in Almo, Kentucky, to Ruby and Ann Taylor Morris, who preceded her in death.

She retired from Murray State University after working in procurement for the food services group. She was a devoted member of First Christian Church and enjoyed her church family, and her family and friends on Kentucky Lake.

She was preceded in death in 2015 by her beloved husband of 62 years, Tremon “Sonny” Farris; her sister, Martha Brandon; and a brother-in-law, Frank Brandon.

The funeral service will be at 11 a.m. Saturday, Sept. 12, 2020, at the J.H. Churchill Funeral Home & Cremation Services with Ruth Ragovin officiating. Burial will follow in Temple Hill Cemetery in Almo. Visitation will be from 9-11 a.m. Saturday, Sept. 12, 2020, at the funeral home. Her five grandsons and two grandsons-in-law will serve as pallbearers.

In lieu of flowers, the family kindly requests  expressions of sympathy be made in her name to the Anna Mae Owens Residential Hospice House, 803 Poplar St., Murray, KY 42071.

She was born June 5, 1928, in Ashland City, Ohio, to Waldo and Josephine Stover Dilgard.

She married William D. Armbruster of Mansfield, Ohio, on Nov. 25, 1950. She worked and retired from U-Brand Corporation in Ashland City. A loving wife and mother, she devoted her life to caring for others. She was a lifetime member of Ashland Emblem Club where she served as president and Beta Sigma Phi Sorority, holding many different offices and one year was nominated as chapter sweetheart.

She was preceded in death by her parents; her husband, William D. Armbruster; a brother, James Dilgard; and a son, Jeff Armbruster.

The funeral service is at 11 a.m. Saturday, Sept. 12, 2020, at the funeral home. Burial will follow in Temple Hill Cemetery in Almo.