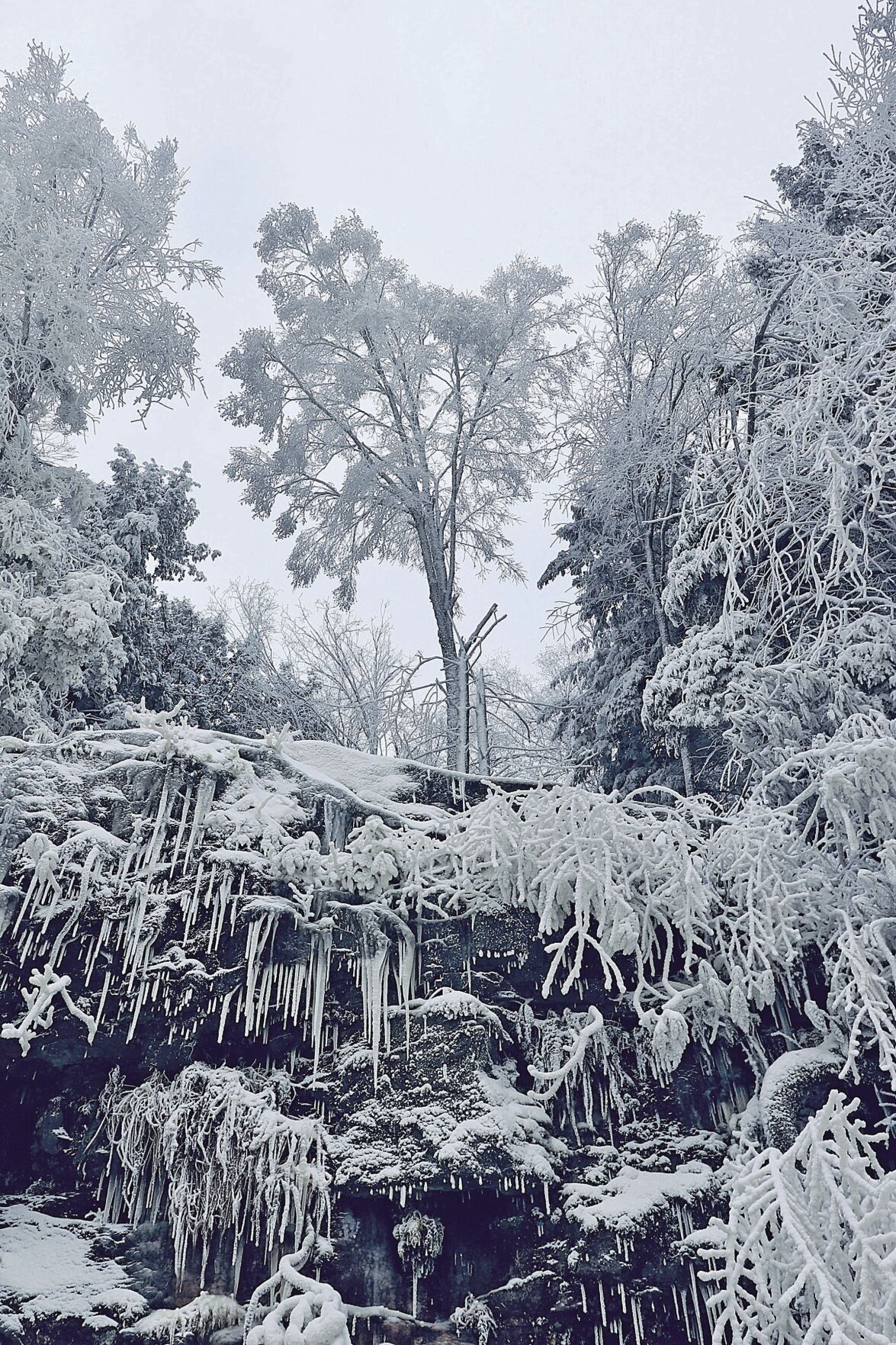 Blackwater Falls State Park offered up a winter wonderland while I hiked to the falls. 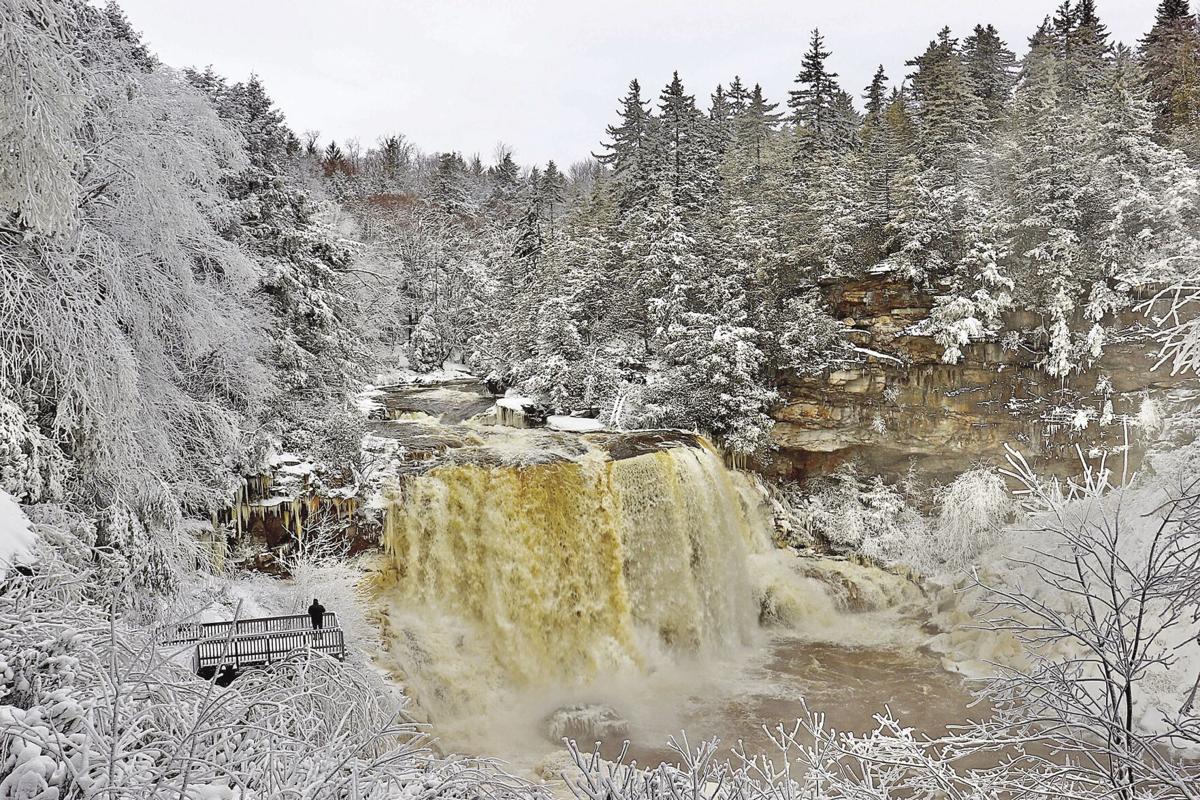 Blackwater Falls was an awe-inspiring bonus to my recent ski trip to West Virginia. 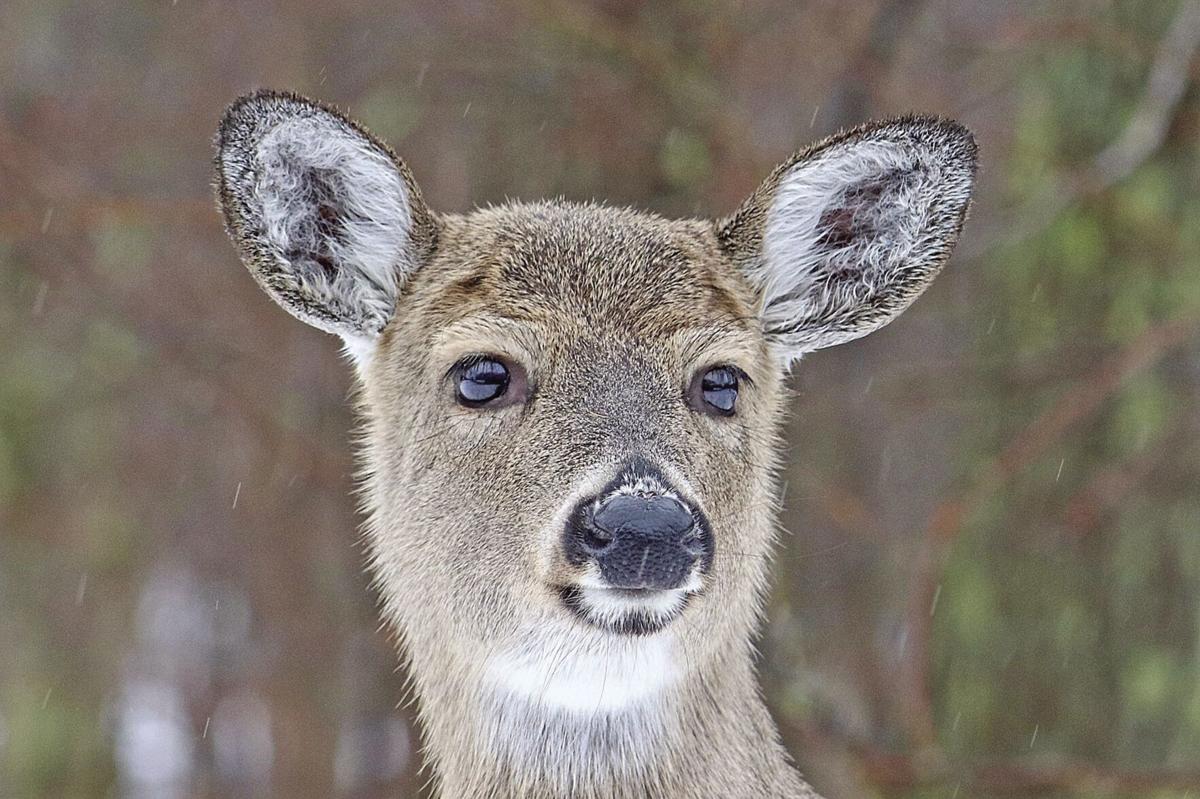 This white-tailed deer stopped briefly to check us out on the trails. 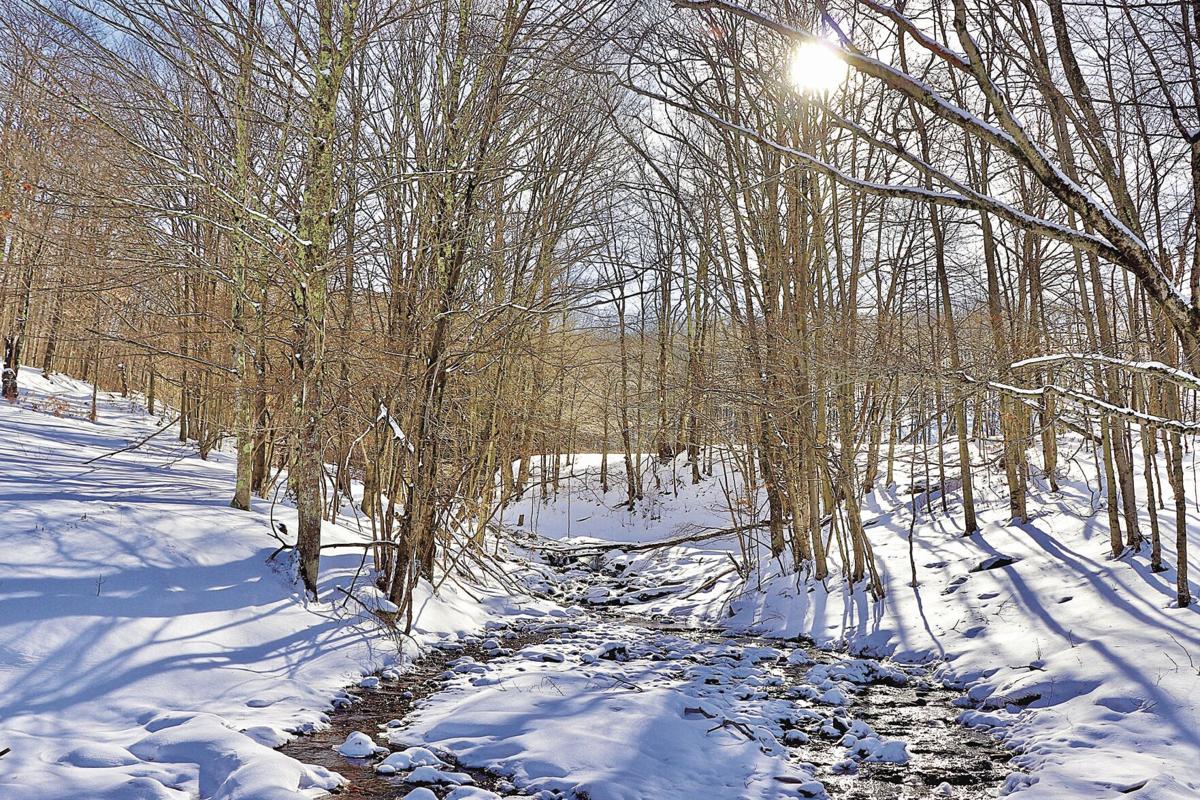 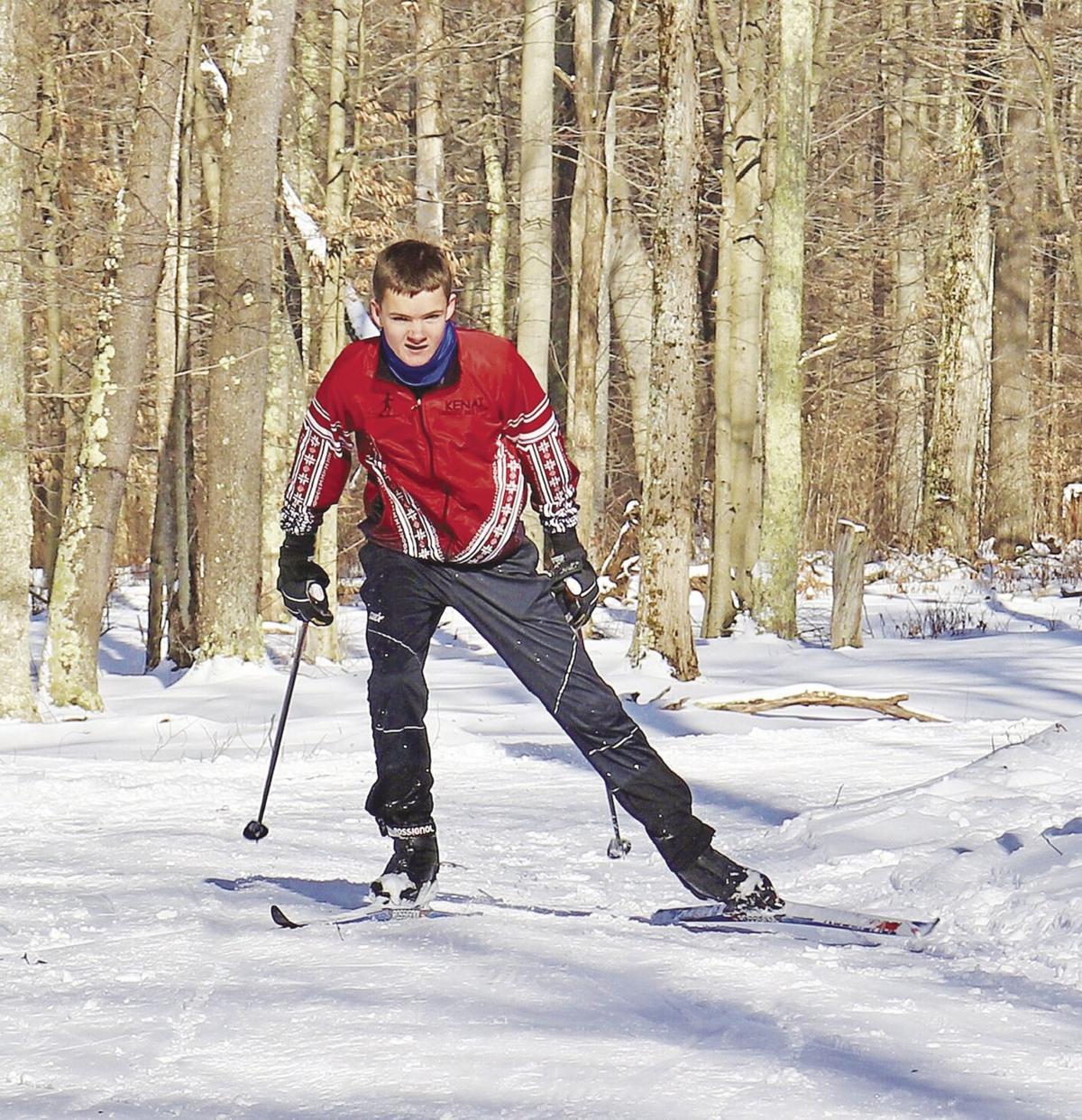 Luke Cross looked like he had never left the Nordic ski team in Alaska as he glided through the trails of White Grass in West Virginia.

Blackwater Falls State Park offered up a winter wonderland while I hiked to the falls.

Blackwater Falls was an awe-inspiring bonus to my recent ski trip to West Virginia.

This white-tailed deer stopped briefly to check us out on the trails.

Luke Cross looked like he had never left the Nordic ski team in Alaska as he glided through the trails of White Grass in West Virginia.

“Despite all that I have seen and experienced,  I still get the same simple thrill out of glimpsing a tiny patch of snow.” - Sir Edmund Hillary

There is nothing quite like a day of Nordic skiing. As you take off onto the trails for a cross country ski, the sound of your skis gliding across the snow in rhythm with the movement of your body gives you a unique feeling. You become both relaxed and exhilarated at the same time. Making your way into the woods or across an open field, the serenity of the winter scene cleanses your spirit while your entire body gets an amazing workout.

We had groomed ski trails right behind our house in Alaska, but it had been a year since we made our way back down to live in our old Kentucky home in Murray. A whole year since I had been on my skis, but somehow, I found myself skiing up a remote mountain in West Virginia recently with my son Luke.

It was intoxicating to be back on the snow, but I became concerned as we neared the 4,400-foot summit of Cabin Mountain. We left the lodge at the bottom of the mountain over two hours before to make our way up on Three Mile Trail. This particular trail wound its way through the woods, up the steep incline and crossed over several streams and a waterfall.

The trail was beautiful, but darkness was approaching and the temperature was hovering just above zero. The biting 30 mph winds dropped the windchill down to -26 degrees and it was time to head back down. Luke was on the Kenai Nordic ski team in Alaska and is an accomplished skier, so he was not worried about the trip down the mountain at all. I, on the other hand, am not as technically skilled and was feeling a little uneasy since the tight turns of the trail were icy due to a lack of recent snowfall.

Luke zipped down the mountain like a pro. He had to double back to meet me several times. I took a hard spill on a hairpin turn but quickly got back up as Luke approached to check on me. My pride was hurt more than any part of my body, so I told Luke to leave me and enjoy the ride down. As he happily sped away it warmed my heart to see my son back on his skis. Luke always loved the snow and seemed thrilled to be back in his natural element.

That evening a winter storm moved into the area and dumped a lot of fresh powder on the mountains. The temperatures rose into the 20s and 30s over the next couple of days, making it ideal weather for Nordic skiing. We spent a few days skiing around other trails, snow tubing at night, and hiking through the snow at nearby Blackwater Falls State Park.

Winter in Kentucky certainly has its advantages, but the recent snowfall and chilly temperatures have me yearning for winters like we experienced during our time living in Alaska. Well, I may not be “yearning” for several months of darkness and temperatures regularly falling below zero, but I definitely miss the snow and all of the outdoor winter fun. Ice skating, going for a hike in a snow-covered forest, and sledding are winter activities that we loved in Alaska and have been able to occasionally enjoy here in the Bluegrass State over the years.

There are a few winter activities that are just not possible here in Kentucky though. Walking on a frozen beach full of giant icebergs, marveling at the magical dancing lights of the aurora borealis, and heading out onto the trails for a day of Nordic skiing quickly became three of my favorite Alaskan winter diversions. COVID-19 kept our family from traveling back to Alaska this year so we could get in some Nordic skiing, chase the northern lights, and walk amongst the icebergs on a frozen beach.

The northern lights and icebergs were out of the question in the Lower 48, but I was able to find a place in this part of the country to enjoy a few days of Nordic skiing. As soon as we realized that our plan to travel back to The Last Frontier for a Christmas visit was going to be canceled, I began searching for a Nordic ski area within an easy driving distance. It was more difficult to find a place with groomed cross country ski trails than I had imagined. After searching several states, I came across the Canaan Valley in the Allegheny Mountains of West Virginia.

Canaan Valley is the highest valley east of the Mississippi River. The Canaan Valley Resort sits at an elevation of 3,430 feet with the top of the ski area climbing to 4,280 feet. The resort boasts a fantastic ski area with 47 different downhill ski runs, snowshoe trails, an ice skating rink, and a 1,200-foot snow tubing park. The golf course at the resort is also available for Nordic skiing in the winter.

We planned to spend our time getting in some serious Nordic skiing at the White Grass Ski Touring Center. White Grass has 50km of groomed ski trails and even shares some trails with the Canaan Valley Ski Resort. White Grass offers Nordic ski trails for any level of skier and has over 1,200 feet of vertical elevation on their trails. The fields below the lodge feature gentle slopes and turns while heading out onto the mountain is for the more adventurous skiers.

The Canaan Valley receives an annual average of 160 inches of snow. White Grass battles high winds that sweep over the mountains and move the snow off of the trails. Chip Chase, the founder of White Grass, developed a system of ”snow farming” using temporary fencing to catch the snow in the lower fields. The snow farm allows the lower fields to be groomed for skiers. Without his innovative idea, the high winds of West Virginia would blow all of that wonderful powder away.

As I watched Luke reveling in the feeling of being back on his skis, I couldn’t help but marvel at how much joy a little snow was bringing our entire family. All it took was a relatively short drive from Murray to the Canaan Valley near Davis, West Virginia, and it was almost like we were back in Alaska. The mountains, the waterfalls, and the feeling of isolation from the outside world all contributed to a sense of tranquility that we rarely enjoy in today’s world.

It started snowing Wednesday afternoon in Murray and I thought about grabbing my skis. It was only a fleeting second before I was snapped back to the reality that there would be no skiing for me that afternoon. I headed outdoors to enjoy the falling snow. Like the great explorer, Sir Edmund Hillary...I still get the same simple thrill out of glimpsing a tiny patch of snow.