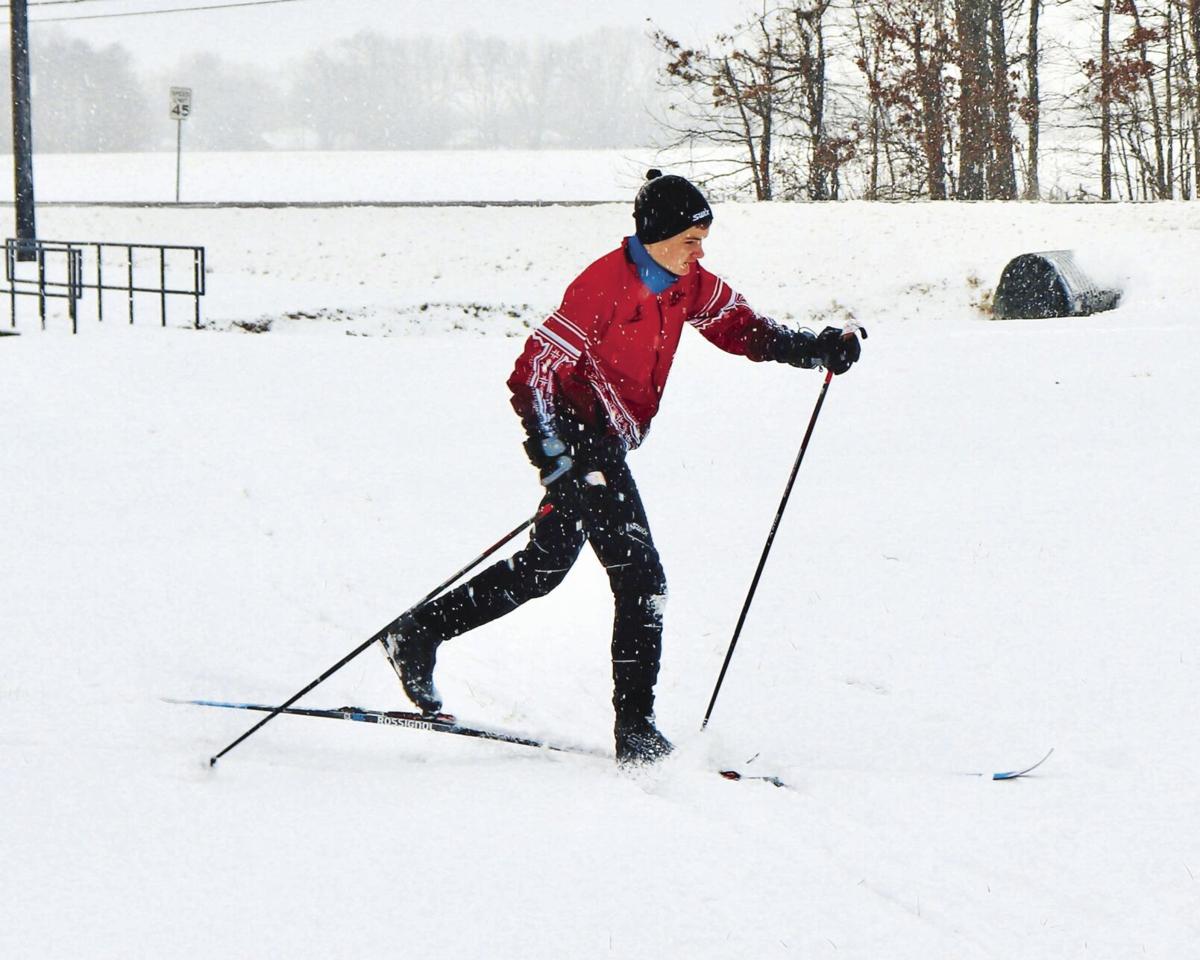 Luke and I enjoyed cross-country skiing in front of Murray High this week. 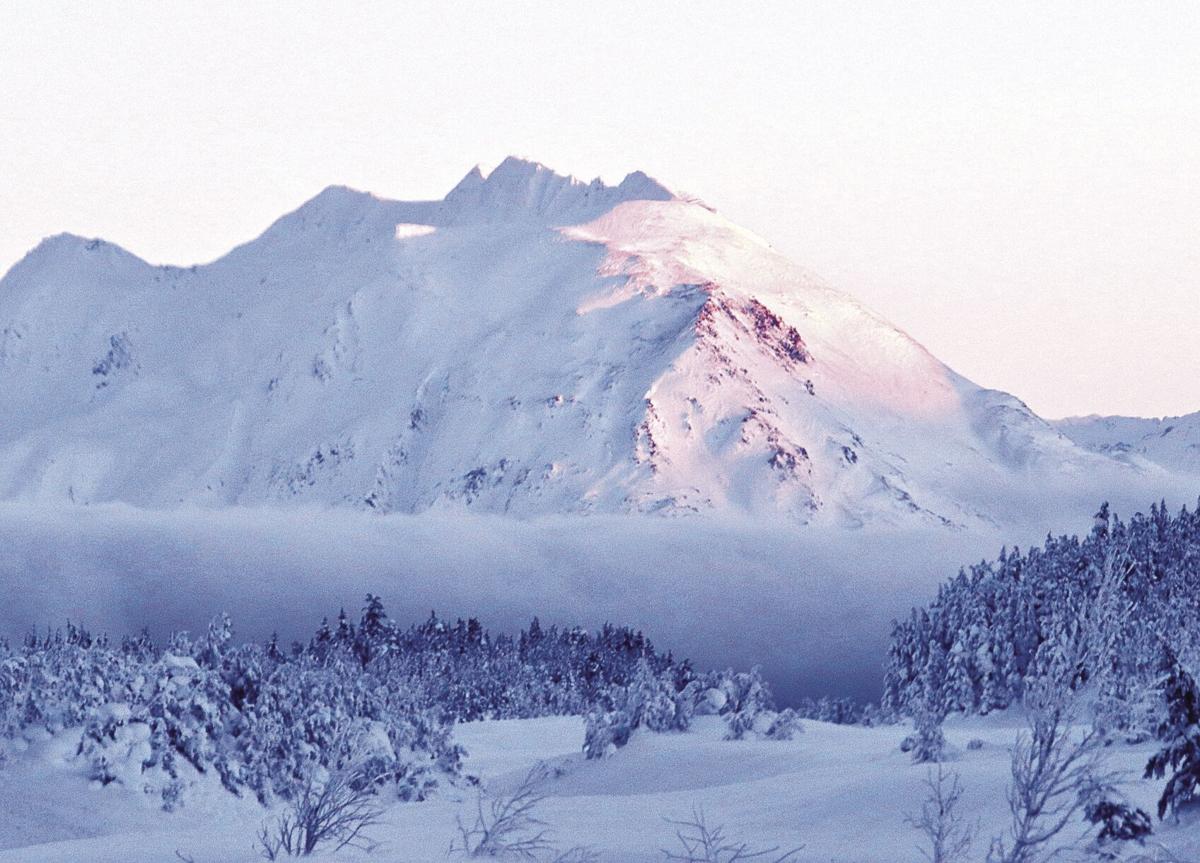 It was 29 degrees below zero when we stopped in the Kenai Mountains on the way to the ski race. The alpenglow cast a pinkish hue to the snow on the mountains.

Luke and I enjoyed cross-country skiing in front of Murray High this week.

It was 29 degrees below zero when we stopped in the Kenai Mountains on the way to the ski race. The alpenglow cast a pinkish hue to the snow on the mountains.

“Snowfall rouses your inner child to dream and play once more.” - Angela Weiland-Crosby

Many of my favorite memories from my childhood were created out in the snow. Nothing could rouse my quest for fun and adventure quite like a “snow day.” I’m not 100 % certain if it was an innate love of the snow or simply the thrill of having an entire day off from the drudgery of school.

Actual winter weather has shown up in Kentucky over the last week. I have heard quite a few people complain about being trapped in their house and watched as all of the milk and bread disappeared from the shelves of every local grocery store. All I could think about as the snow started to fall was how wonderful it would be to get outside and play in the snow.

We didn’t get the 8 to 12 inches of the white stuff that they predicted, but by Monday afternoon there was enough on the ground to get out and play. When we received word from the Murray Independent School District that the students were actually being given a true “snow day” to enjoy, I knew that cross-country skiing would be on the agenda. My son, Luke, and I would be breaking out our skis to take advantage of the rare significant snowfall in Murray.

The shallow depth of the snow limited our skiing options around Murray. We settled on skiing on the fields around Murray High. Although we love the challenge of skiing up hills, we couldn’t ski through any trails at Land Between the Lakes due to the lack of snow. Hitting rocks, branches, or roots while gliding through the snow is not much fun.

It was still snowing as we started skiing. Seeing Luke and his teammates on the Kenai Central High School Nordic ski team skiing around outside of the school was a normal sight in Alaska, but watching him ski around Murray High was surreal. We always find joy and peace on our skis and I knew that we would be skiing every day as long as the snow lasts.

We had groomed ski trails right behind our house in Alaska. That afforded us the opportunity to get out for cross-country skiing on a regular basis. The first thing I noticed is that the real thing is much more demanding than getting on a NordicTrac, or any other ski machine. I am certain that the difficulty of the activity is why Nordic skiers are so supportive of each other in a way that I have never experienced on a basketball court.

My introduction to Nordic skiing led me to a new level of admiration for the character and determination required for sports like Nordic skiing and cross-country running. Those young men and women display tremendous mental and physical conditioning just to be able to finish their competitions. Throw in the elements and the remarkable landscape of Alaska and you have a tremendous test of an athlete’s willpower and toughness

One of the great things about our adventure in Alaska was watching Luke become a dedicated athlete. The mental toughness and discipline he discovered within himself through his desire to become a member of the Nordic ski team have served him well in all aspects of his life. As I watched Luke plow his way through the snow amid record low temperatures in Murray on Tuesday, I was reminded of one of his Nordic ski races in Alaska.

We had the opportunity to travel from our home in Kenai to the Government Peak Recreation Area (GPRA) just outside of Palmer, Alaska for a two-day race. The drive from Kenai to Palmer is a five-hour drive across the Kenai Mountains and through the Chugach National Forest. The excursion through the mountains and around Turnagain Arm on the Seward Highway is one of the most scenic drives in the world. Temperatures often dip down to 30 degrees below zero or colder in the Kenai Mountains and it was 29 below zero as we stopped at a scenic pullout in the mountains. In fact, the new commercial for the Lincoln family of luxury SUV’s telling us that, “An extremely cold place calls for an extremely comfortable cabin,” is set in the Kenai Mountains.

The GPRA is a fantastic area in the mountains at Hatcher Pass above Palmer. The ski trails make their way up and down the Talkeetna Mountains and are expertly groomed for skiing in the winter. The biggest climb at Government Peak is two kilometers long and is truly a test of mental and physical endurance. The alpine view of the vast valley floor with the Knik Glacier on one side, and the countless ridges of the Talkeetna Mountains on the other are well worth the pain of the climb.

The temperature at the starting line at GPRA on race day was 11 degrees below zero. Watching the high school cross-country ski teams persevere through two 5K races in temperatures well below zero, over two days was incredible. Icicles formed on the eyebrows and chins of most skiers as they made their way around the course in their thin racing uniforms. Meanwhile, spectators were completely bundled from head to foot as they huddled near the warming chalet at the finish line.

The true respect that these athletes have for each other shines through even during the heat of competition. I was able to get out on the race course at the regional championship and got to experience it first hand. As they competed for a regional championship, you could hear skiers encouraging each other. Amazingly, to me, athletes were even exhorting skiers from opposing teams.

It astounded me that the skiers were offering up motivational shouts and technical reminders to their opponents during a race. The fans and coaches offered up the same level of enthusiasm for their competition as they did for their own athletes. I could not imagine a basketball player, fan, or opposing coach reminding an opponent to get their elbow in on their jump shot or encouraging them to make their free-throws during a basketball game.

The experience of traveling across the Kenai and Talkeetna Mountain ranges for ski races certainly gave our family phenomenal experiences and marvelous memories. None of those moments brought us any more joy than skiing on the fields in front of Murray High School on a “snow day.” After all, how many times has someone been skiing at Murray High?

Each day during this one week of snow has brought different adventures for me. I got out and enjoyed hiking in the snowy woods of Land Between the Lakes among other things. Cross-country skiing with my family has been a part of every day, though, as I strive to make the most of every “snow day” we have.

This snowfall has definitely roused my inner child.