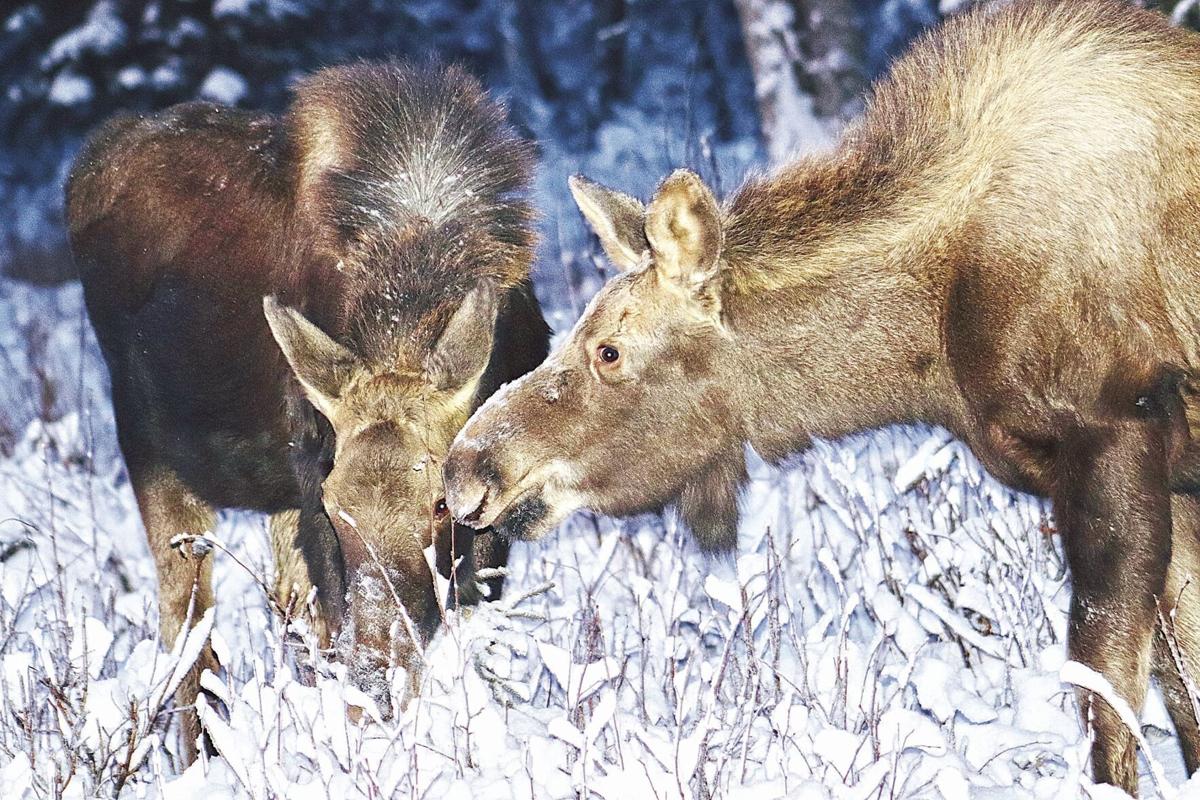 Two young moose having a snack in the snowy woods of Kenai, Alaska. 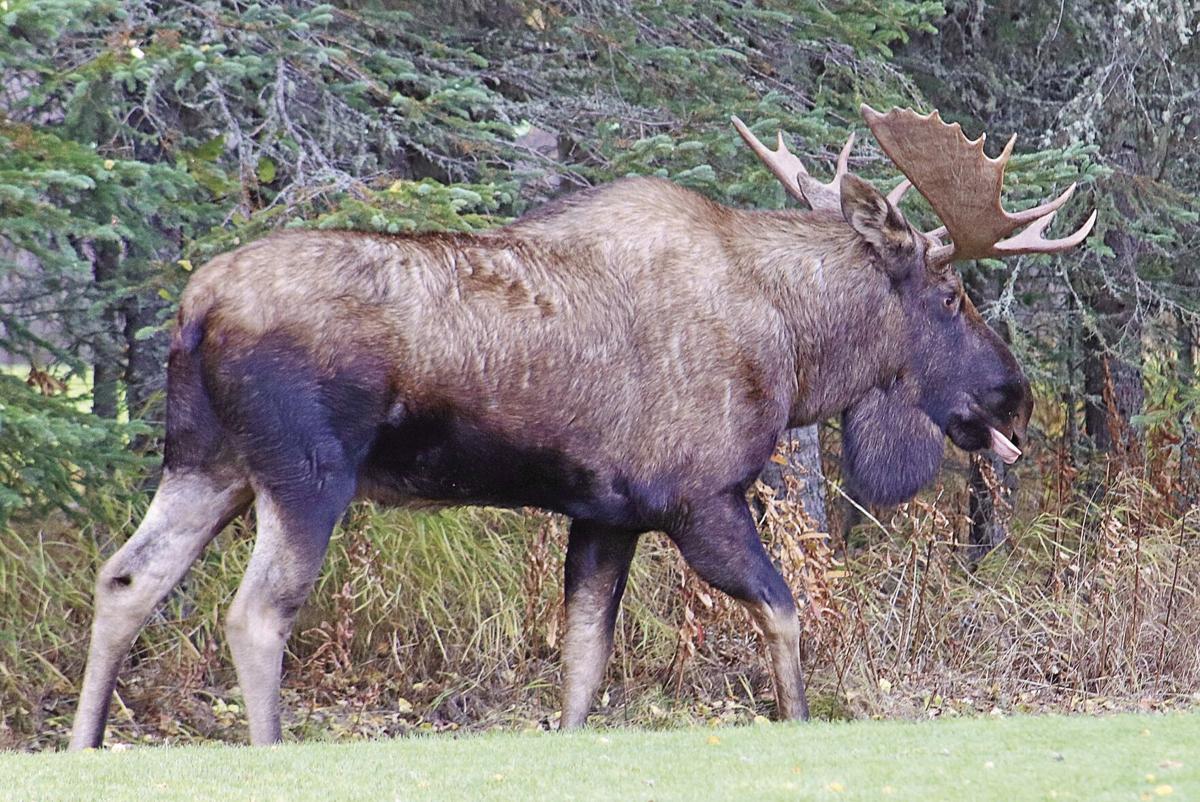 This large bull moose could be found prowling around the woods near our backyard regularly. 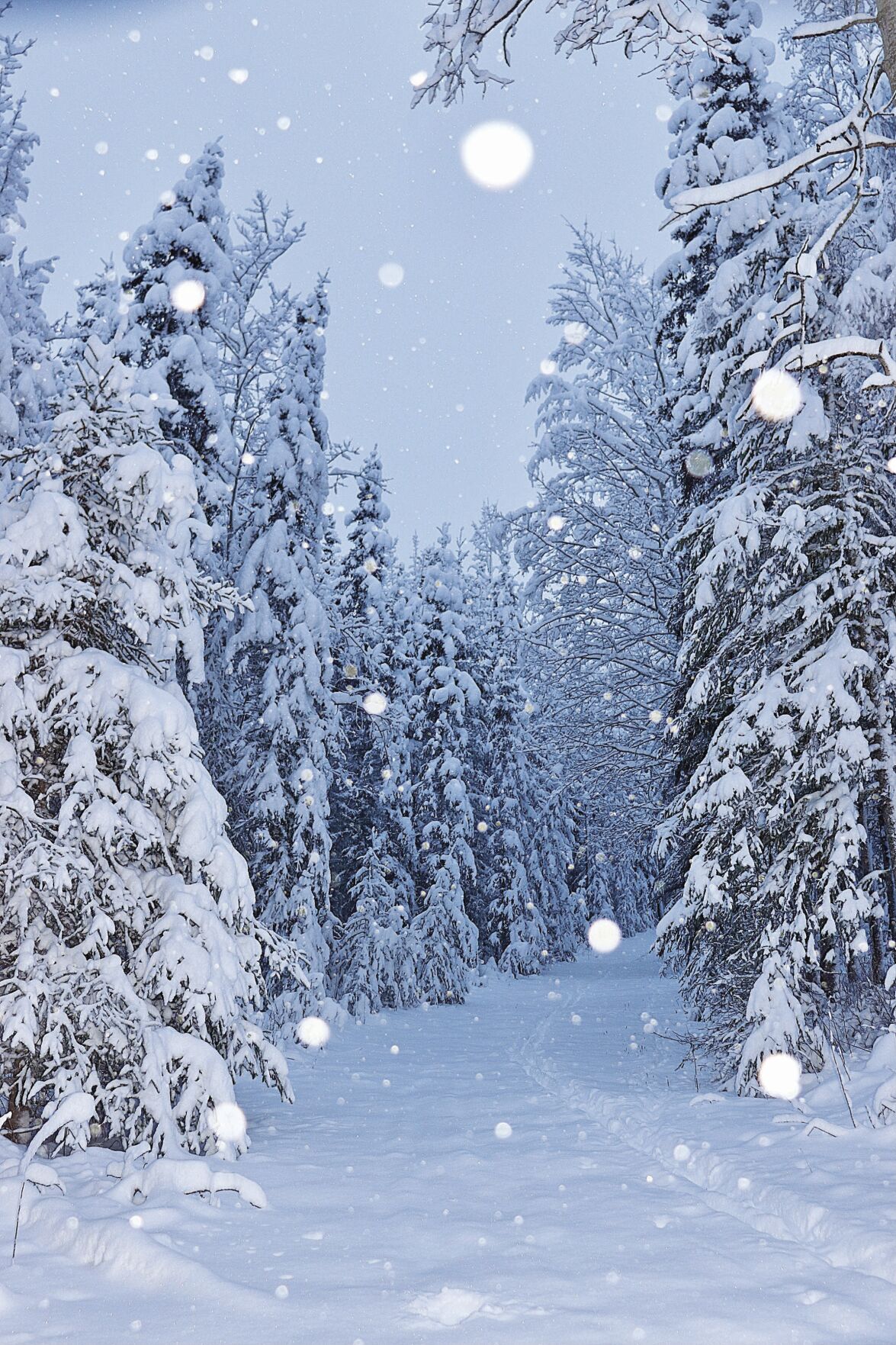 There is nothing quite like walking through snow-covered spruce trees.

Two young moose having a snack in the snowy woods of Kenai, Alaska.

This large bull moose could be found prowling around the woods near our backyard regularly.

There is nothing quite like walking through snow-covered spruce trees.

“Into the forest I go, to lose my mind and find my soul.” - John Muir

We are blessed with many wonderful things in this part of our great nation. Everything from clean water and fresh air to friendly neighbors makes our little slice of the Earth a fantastic place to live. As a small kid, I was constantly roaming the forests and woods of Kentucky in search of adventure. I lost that sense of wonderment with nature somewhere along the way.

It was a typically wet, chilly, overcast Kentucky winter morning when I went for a run through the woods last week. I used to do my running in a gym while playing basketball, but the pandemic forced the closure of the local gyms. Without basketball to use for exercise, I took up cross-country running while my son trained for his high school cross-country season.

I have found that running through the woods is not nearly as boring as putting in miles on the road and you never know what you might see. Colorful birds, raccoons, squirrels, turtles, deer and the occasional snake have all been among the fauna on my runs through the woods of western Kentucky. On this particular morning, as I huffed and puffed my way up a hill, I noticed a rustling in the trees to my right. Two gorgeous deer stepped out onto the trail right in front of me. They stood there for a split second and gazed at me with an inquiring look on their face before bolting away into the woods.

That encounter reminded me of one of my daily walks in the woods near our house in Kenai, Alaska. Of course, running into a 10 foot long, 1,500 pound moose on a trail is just a little bit different than happening across a couple of small deer. Unlike their smaller cousins, moose have no fear of humans and will attack if they feel threatened. Moose are actually responsible for injuring more people in Alaska than bears.

That January morning back in Alaska, I went for a walk in the woods around our house. There was about two feet of snow on the ground and the temperature was in the single digits, but it did not seem as frigid as a cold and wet winter morning in Kentucky. The air was crisp and clean. I was admiring the snow-covered black spruce trees while soaking in the winter wonderland around me.

Lost in the scenery before me, I practically stepped on a beautiful, pregnant female moose that was curled up on the ground against a snowdrift. It was a terrifying but exhilarating moment. I encountered moose on an almost daily basis in Alaska, but I had never been a mere two feet away from one before.

My body froze in my tracks momentarily while my mind was racing trying to decide what I should do next. Should I back away slowly? Should I run? Should I get behind a group of trees for protection?

She raised her huge head and slowly turned to face me. As she looked at me, a strange calm came over me. We stared at each other for what seemed like an eternity. It was like her soul was pouring out to me through her eyes.

Without even realizing what I was doing, I pulled my camera out and started taking pictures. I probably took a 100 pictures over the next several minutes and then returned to just looking at her. After a while, I continued on my walk and she watched as I walked away.

I never got used to seeing moose regularly as I got out and about. The magnificent moose always seemed to be roaming around whenever I went for a walk or drive. As a family, we were looking forward to seeing moose as much as anything about life in Alaska before we moved there.

As we prepared for our move to Alaska, we dreamed of seeing moose walking around town like in the opening of “Northern Exposure”. The popular 1990’s television show is still one of my favorite shows. Even though I loved that show, I never imagined that one day I would actually live in small-town Alaska like the main characters Joel and Maggie.

Before moving to Alaska, I rarely ventured out into the many forests and wooded areas of our beautiful land as an adult. In the turbulence of today’s world, it is more important than ever to slow down and head back into the forest. I try to spend some time enjoying nature whenever I get the opportunity now. The Last Frontier instilled in me a newfound awareness of the marvels of nature. Daily hikes through the forests, beaches, and mountains of Alaska reminded me of what I had lost. Like John Muir...I have found my soul.