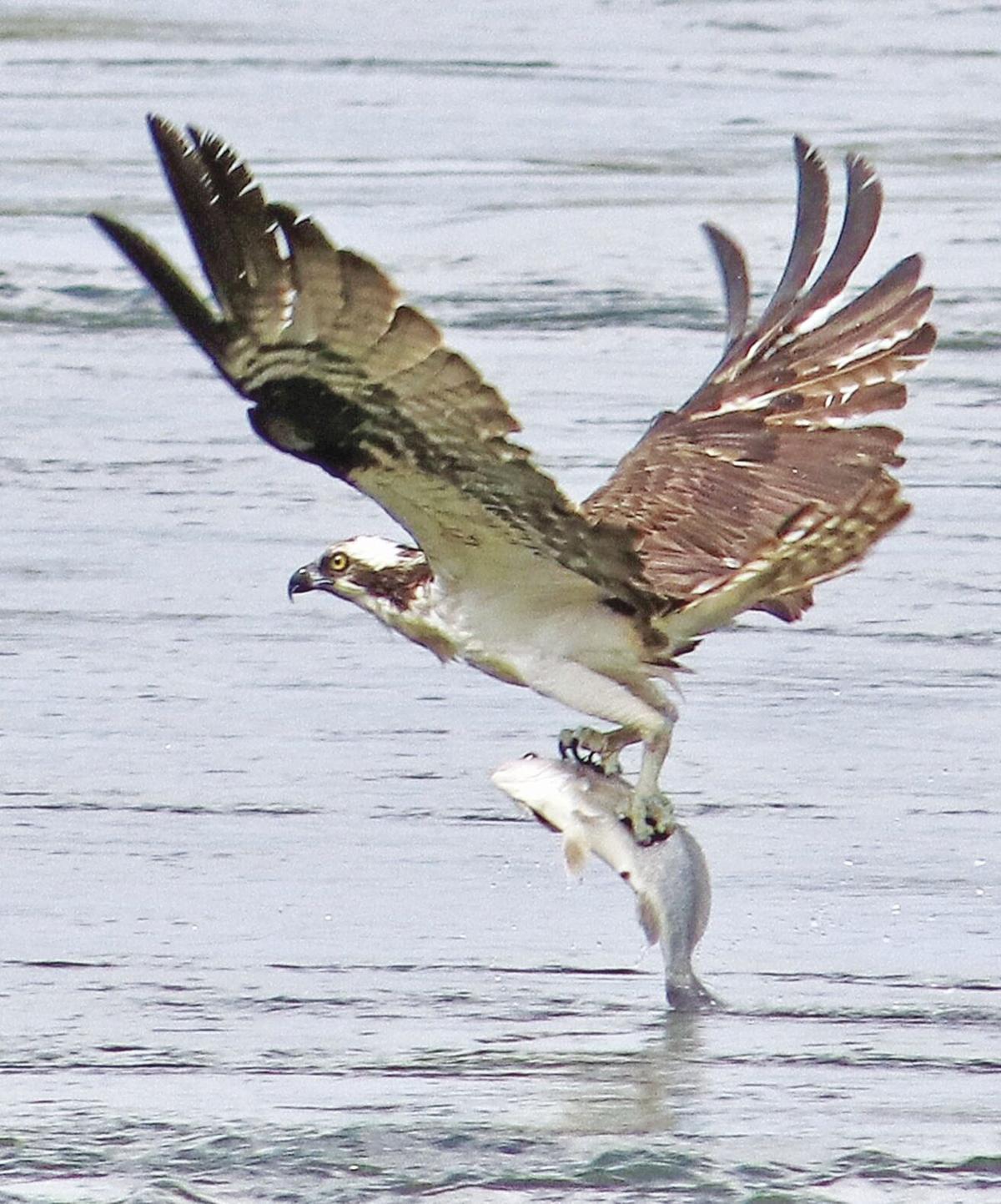 An adult osprey leaves the water with its catch at Kentucky Lake. An osprey always turns its fish so that the head faces forward as it raises the fish out of the water. This makes the fish more aerodynamic for flight. 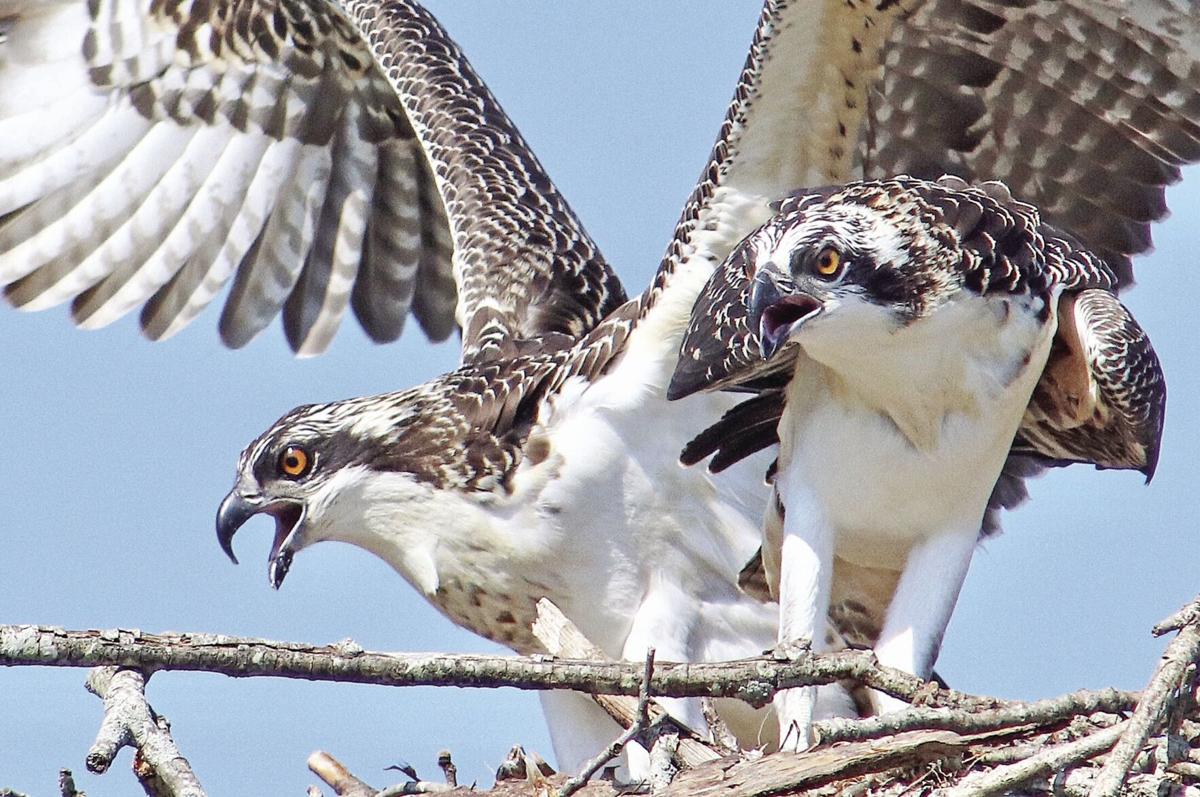 Two juvenile ospreys prepare to take flight from their nest near Lake Barkley. 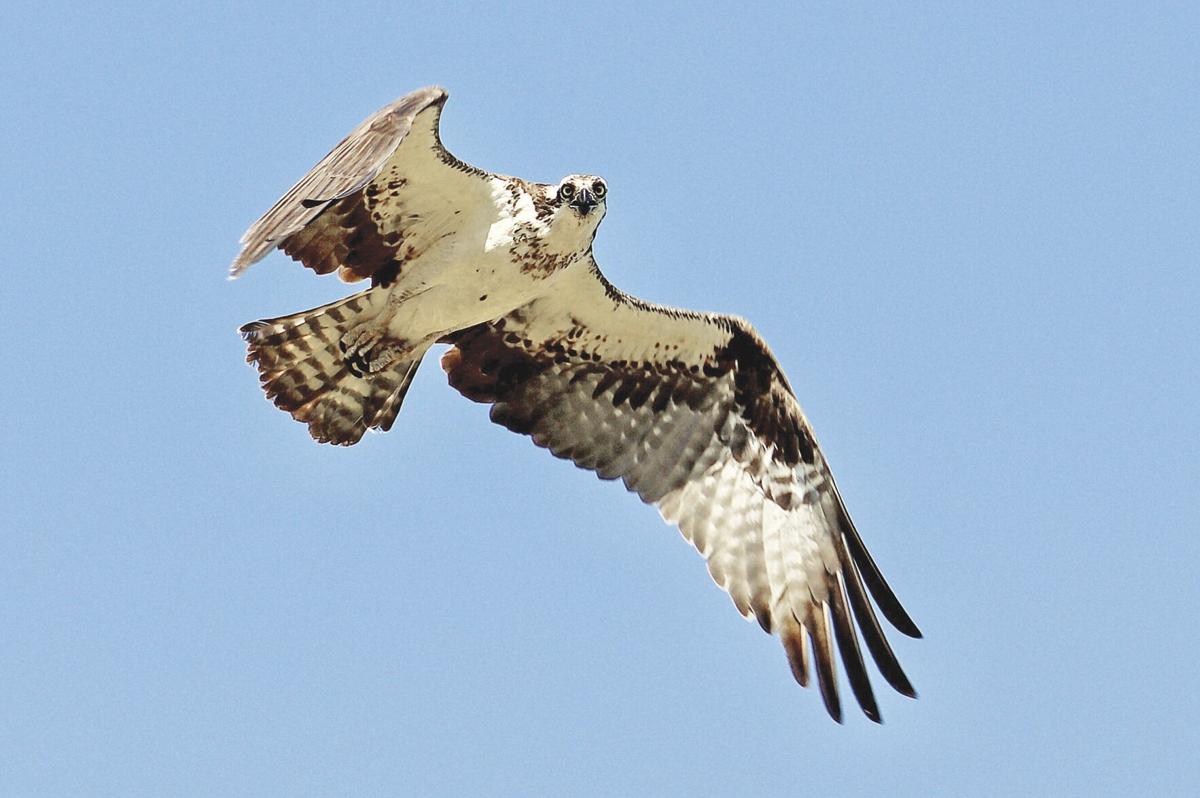 This osprey seemed to be checking me out as I watched it fishing on Kentucky Lake. It takes an osprey an average of 12 minutes to locate and catch a fish.

An adult osprey leaves the water with its catch at Kentucky Lake. An osprey always turns its fish so that the head faces forward as it raises the fish out of the water. This makes the fish more aerodynamic for flight.

Two juvenile ospreys prepare to take flight from their nest near Lake Barkley.

This osprey seemed to be checking me out as I watched it fishing on Kentucky Lake. It takes an osprey an average of 12 minutes to locate and catch a fish.

One day I’m going to write a book about osprey. It has really gotten into my bloodstream. So when you ask what else I do, I feel like this is part of what I do...is to watch these birds.” - Alan Lightman

The sun was shining bright on a recent spring day in Kentucky as I watched an osprey soaring high above Kentucky Lake. I marveled at the graceful way the raptor seemed to glide effortlessly on the whipping winds above the water. Within minutes, the osprey began a dive down toward the surface of the lake where it hovered before plunging dramatically into the water.

Ospreys have an amazing fishing technique. An osprey hovers about 100 feet above the surface of the water until it spots a fish. Once it has locked onto a fish with its remarkable eyesight, the osprey dives feet first into the water with its talons outstretched. Going into the water in this manner enables the osprey to snare the fish in its large, knife-like talons.

I stood there in wonder as I watched the osprey completely disappear under the surface of the water. It seemed as if the water exploded out in all directions as the great bird broke through the surface. I know that it was only a split second but it seemed like minutes went by before the osprey emerged from the water with its catch. Time almost seemed to stand still as I marveled at the impressive display of unique fishing talent. I thought back to the first time I ever noticed the amazing osprey.

On a brilliantly clear summer day, I had ventured down to Homer, Alaska with my family. We were enjoying an afternoon walk on Bishop’s Beach in Homer. Our focus was mainly on the stunning scenery that the Chugach Mountain Range and the many glaciers across the bay provided when several American bald eagles caught my attention.

I was watching the eagles scavenging on the beach when I noticed another giant bird in flight above the bay. As I stood there in the middle of one of the most magnificent places on Earth, my entire focus was on that striking bird as it dove straight down and plunged its talons into the water and ripped a fish out of Kachemak Bay.

A couple of the bald eagles were watching the scene as well and took off after the smaller osprey. Instead of catching their own meal, the eagles were attempting to steal the osprey’s lunch. The more agile osprey was able to successfully evade the bald eagles until they gave up their pursuit. The eagles rejoined the others on the beach where they had come across several salmon carcasses. I followed the osprey and watched as it settled down into a grassy area behind the beach to enjoy its hard-fought catch.

Ospreys are large raptors but are not as big as the American bald eagle. Ospreys range in size from 20-24 inches long with a wingspan of up to six feet. They have feathers that are dark brown to black and white, a black hooked beak, and massive talons. Like Scott Farkus (Ralph’s bully in the movie “A Christmas Story”), adult ospreys have prominent giant yellow eyes. “So help me God, yellow eyes!” Their amazing eyes allow an osprey to spot a fish beneath the surface of the water from more than 200 feet away.

Perhaps the ospreys most recognizable feature is the black band of feathers that extend around its eyes and head. The “mask” reminds me of the Lone Ranger which is appropriate since the osprey does not fly in flocks and is a solitary hunter.

The osprey is a migratory bird and returns to North America each spring to nest. It is one of only three birds of prey that live on every continent except Antarctica. In Kentucky, ospreys nest from mid-March through the end of the summer before they return to Central and South America for the winter.

Ospreys generally mate for life and will use the same nesting site year-after-year. The male returns to the nesting site before the female arrives and begins preparing the nest for his mate. He will not only rebuild, but will add more to the structure each year. Eggs are laid during March and April with the pair sharing the duties of incubating and then feeding their hatchlings. Young ospreys are usually prepared to leave the nest by the end of July.

Historically, ospreys could commonly be found in western Kentucky along the Ohio and Mississippi river basins. By the 1950s, however, the osprey had become almost non-existent in the area because of the use of the pesticide DDT. The pesticide was used to control insects that damaged crops, but made it difficult for the osprey and other birds of prey to absorb calcium. The effects of DDT severely limited osprey reproduction and from 1950-1986 there were no known osprey nesting sites in western Kentucky.

The use of DDT was banned in 1972 and osprey numbers began to climb around the country. State and federal agencies began restoration programs in the 1980s to accelerate the population of ospreys in the state of Kentucky. The Tennessee Valley Authority and the Kentucky Department of Fish and Wildlife Resources began a process called hacking.

The hacking process involved releasing young ospreys into the Land Between the Lakes National Recreation Area (LBL). These ospreys were captured in the wild from nests in other states. An integral part of the hacking process was to provide the osprey with nesting platforms close to water throughout Land Between the Lakes as well. The United States Coast Guard even got in on the action and installed beating platforms above channel markers in Kentucky Lake and Lake Barkley.

By the 1990s the population was growing and in the year 2000, there were 21 verified osprey nests in LBL and western Kentucky. The efforts to repopulate did not end there. Today there are well over 100 osprey nests in LBL and approximately 175 in the state of Kentucky. The combined efforts of these agencies and countless volunteers have given us the gift of being able to enjoy the magnificent osprey.

Back on the shore of Kentucky Lake, I couldn’t help admiring the beauty and spirit of the osprey as it triumphantly carried its meal away. I had lived in an area where the graceful ospreys spend their spring and summer for decades and never even noticed them. It took moving 4,000 miles away from western Kentucky before I even noticed one of the most beautiful and unique birds of prey that flies among us every day.

Much like the author and physicist Alan Lightman, the osprey has really gotten into my bloodstream.