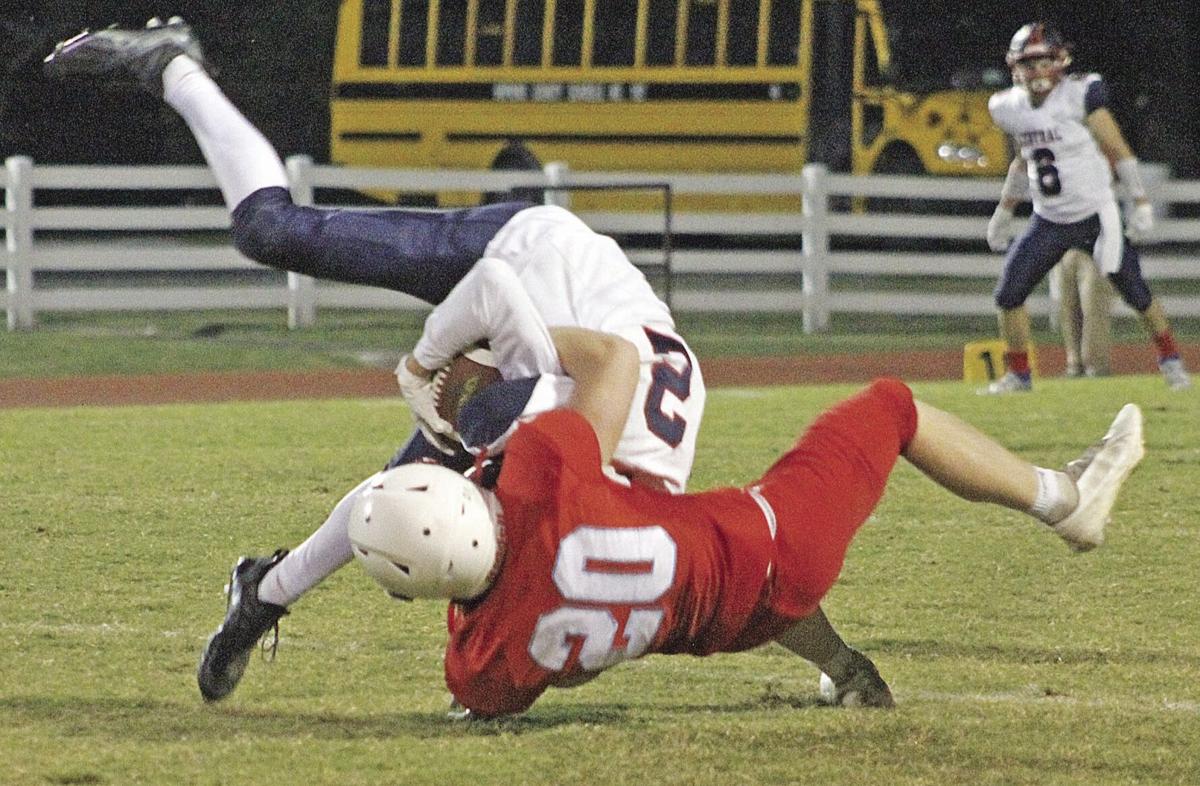 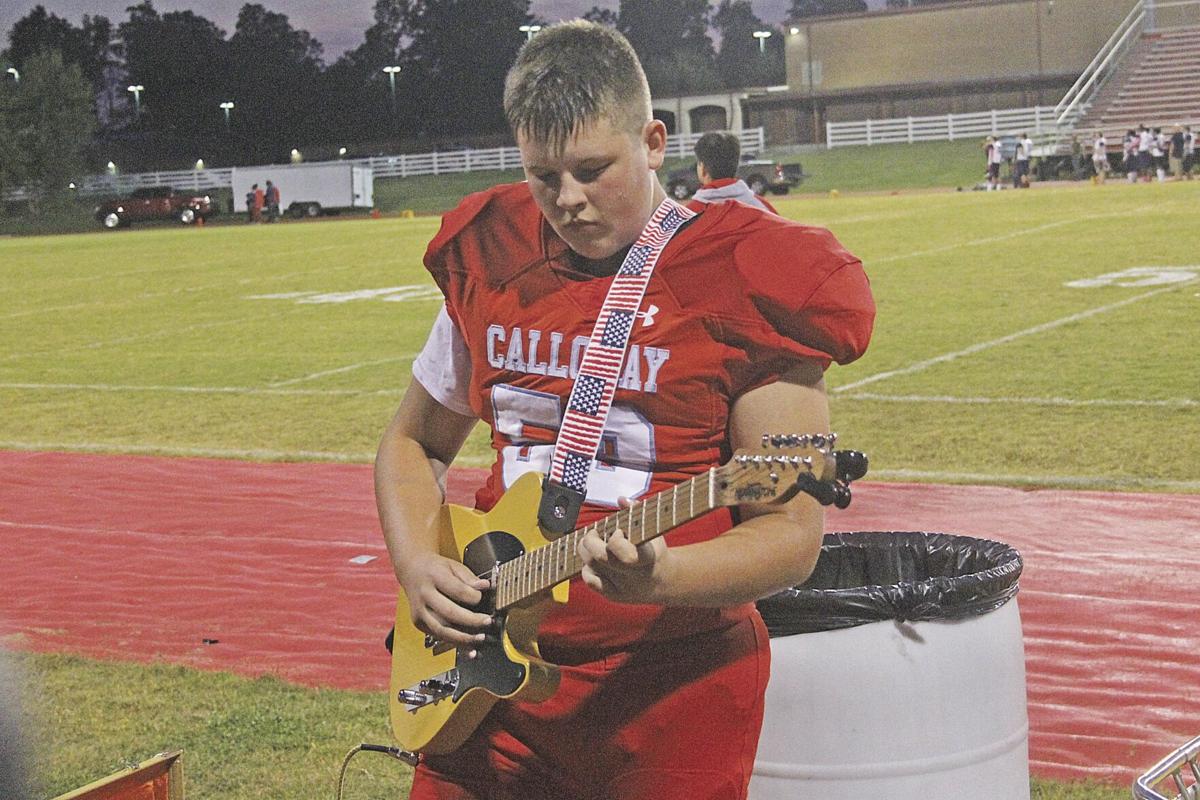 MURRAY —Head coach Chris Champion and his Calloway County Lakers hit the road this week to visit Hopkinsville for a critical Class 4A District 1 showdown. The Tigers and Lakers are in a three-way tie for second place in the district at 1-1 with Hopkins County Central. The teams sit behind 3-0 Logan County in their quest for a district championship heading into this weekend’s action.

Calloway County dropped a thrilling, but ultimately heartbreaking decision to Hopkins County Central last Friday night. The Lakers got outstanding performances from quarterback Kanyon Franklin and linebacker Karsen Starks in defeat. Starks recorded an amazing 20 tackles against the Storm. Franklin threw for 167 yards and three touchdowns. Franklin also gained 126 rushing yards and tacked on another touchdown on the ground before Hopkins County Central scored a late touchdown and two-point conversion to steal the game away as rain began to fall.

Champion was proud of his squad’s effort but knows they must continue to improve.

“We were obviously all disappointed that we couldn’t pull that one off, but we did a lot of good things that we can be proud of,” Champion said. “There are just some other aspects of our game that we have to get better at.”

The Lakers ran up over 400 yards of total offense against the Storm, but will face a completely different animal when they line up against Hopkinsville on Friday night. The Tigers boast one of the best defenses in the state as they give up a paltry 17 points per game. Coach Craig Clayton has the third-ranked rushing defense in the state, but they are certainly not one-dimensional.

Calloway County’s offensive line will have to have a great game for the Lakers to be successful. They must keep Franklin upright and give him time to find an adept receiving corps and use his arm to soften up the vaunted Hopkinsville pass rush. Opening up consistent holes for the Lakers running game will be difficult, but critical, against a Hopkinsville team that held Madisonville-North Hopkins to negative 86 yards rushing in their last game. For perspective, the Maroons were averaging over 200 rushing yards per game heading into that contest.

The aggressive Hopkinsville defense is led by David Boswell. Boswell is among the state leaders in tackles (14th), tackles for loss (4th), forced fumbles (3rd) and sacks (13th). The Tigers defense leads the state in quarterback sacks and tackles for loss. An amazing six Tigers rank among the top seven state leaders in quarterback sacks. Jordan Metcalf is third in the state with seven sacks, while Kemaure Mumford, Boswell, Jarvis Gatlin, and CJ Stallworth are tied for fifth with four sacks. Tyler Jones is tied for seventh in the state rankings with three sacks on the season.

Calloway County will counter with a balanced offensive attack that has featured the arm and legs of Franklin. A solid receiving corps that features the fifth-leading receiver in the state in Drew Hudgin gives Franklin several potential targets. Timarian Bledsoe is a powerful runner that averages 7.5 yards per carry with six touchdowns on the season. Franklin is the fifth-rated passer in the state and is Calloway County’s second-leading rusher.

Franklin has made good decisions with the ball this season while throwing for 16 touchdowns against just four interceptions. A dual-threat quarterback can cause problems for an aggressive defensive front and Franklin will likely have to hurt Hopkinsville by running the ball for Calloway County to win the game.

The Hopkinsville offense is well-balanced and features an effective running back, two quarterbacks, and a big-play receiver. The Tigers are led in rushing by Jaden Dillard and his six yards per carry, but have several ball carriers capable of being effective. Quarterbacks Treyvon Jefferson and Zach Moss have proven that they can get the ball down the field to one of the best playmakers in the state.

Daisjuan Mercer is rated as the second-best receiver in the state. Mercer leads Hopkinsville with 693 receiving yards on the season and six touchdowns. His 25 yards per catch is tops in the state among receivers with more than 15 catches. Mercer is a speedy wideout with great hands and the ability to turn any play into a touchdown. He has also been used in the running game, posting 13 yards per carry on seven rushes with a touchdown.

Champion is preparing his team for a balanced threat from the Hopkinsville offense.

“Hopkinsville’s balance on offense poses a big threat,” Champion said. “Their run-pass ratio is an even split. They do a good job getting the ball to their athletes by moving them around. We have to have lots of awareness of where those guys are.”

Winning the turnover battle will give the Lakers a chance to pull off the road victory. Calloway County’s defense has shown the ability to force turnovers in the passing game. The Lakers rank number two in the state with 11 interceptions on the season, while Hopkinsville’s quarterbacks have thrown eight picks. Seven different Lakers have recorded at least one interception this season. Hudgin has three interceptions with two touchdown returns, while Starks leads the team in tackles at almost nine per game.

The Tigers and Lakers have had hard-nosed, physical battles in their past few games and Champion expects the same type of game on Friday.

“I expect to see the same out of both teams,” Champion said. “Hopkinsville will not take us for granted this year, so we had better come ready to play on the first snap.”

Kickoff for the district showdown is 7 p.m. Friday.