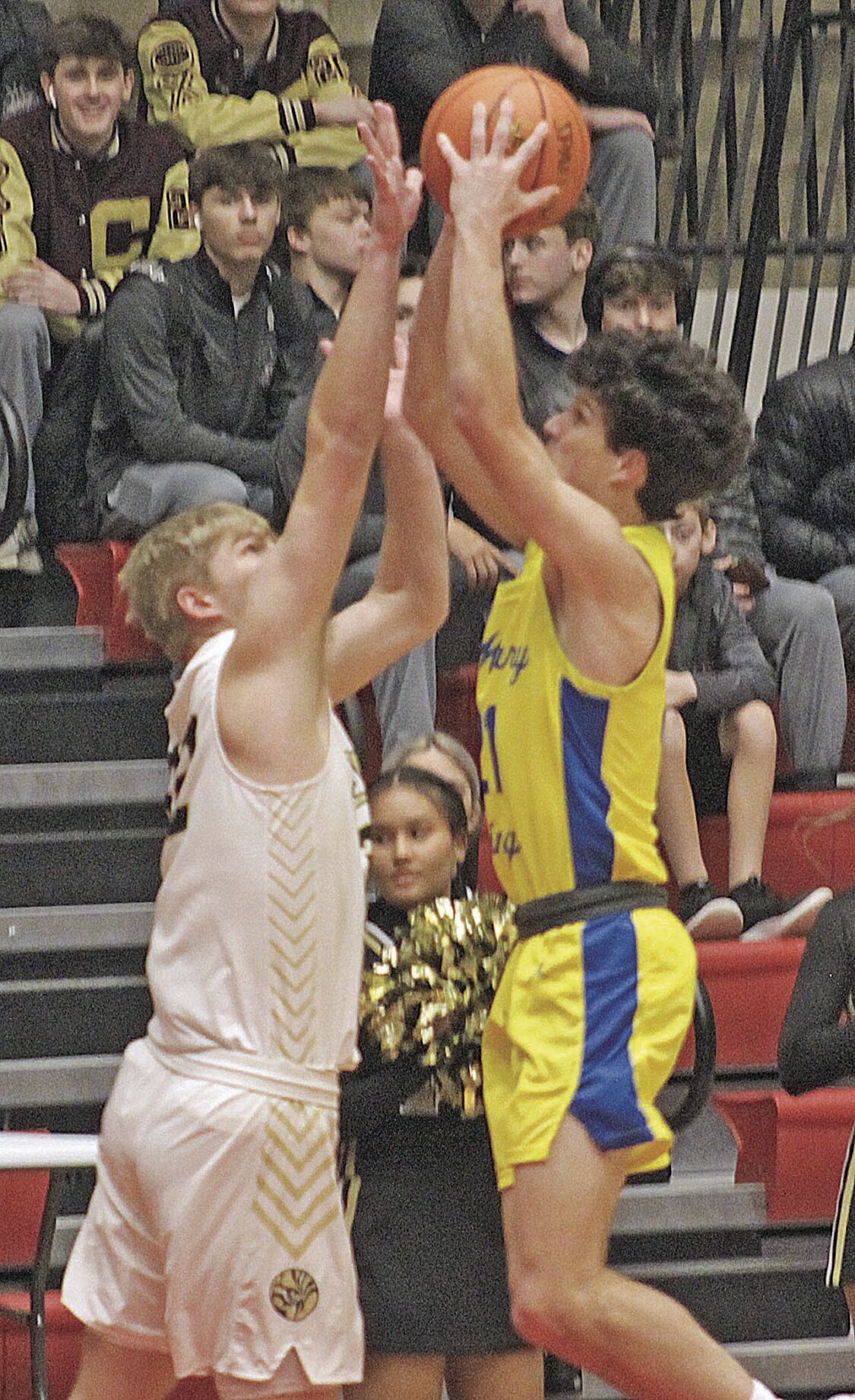 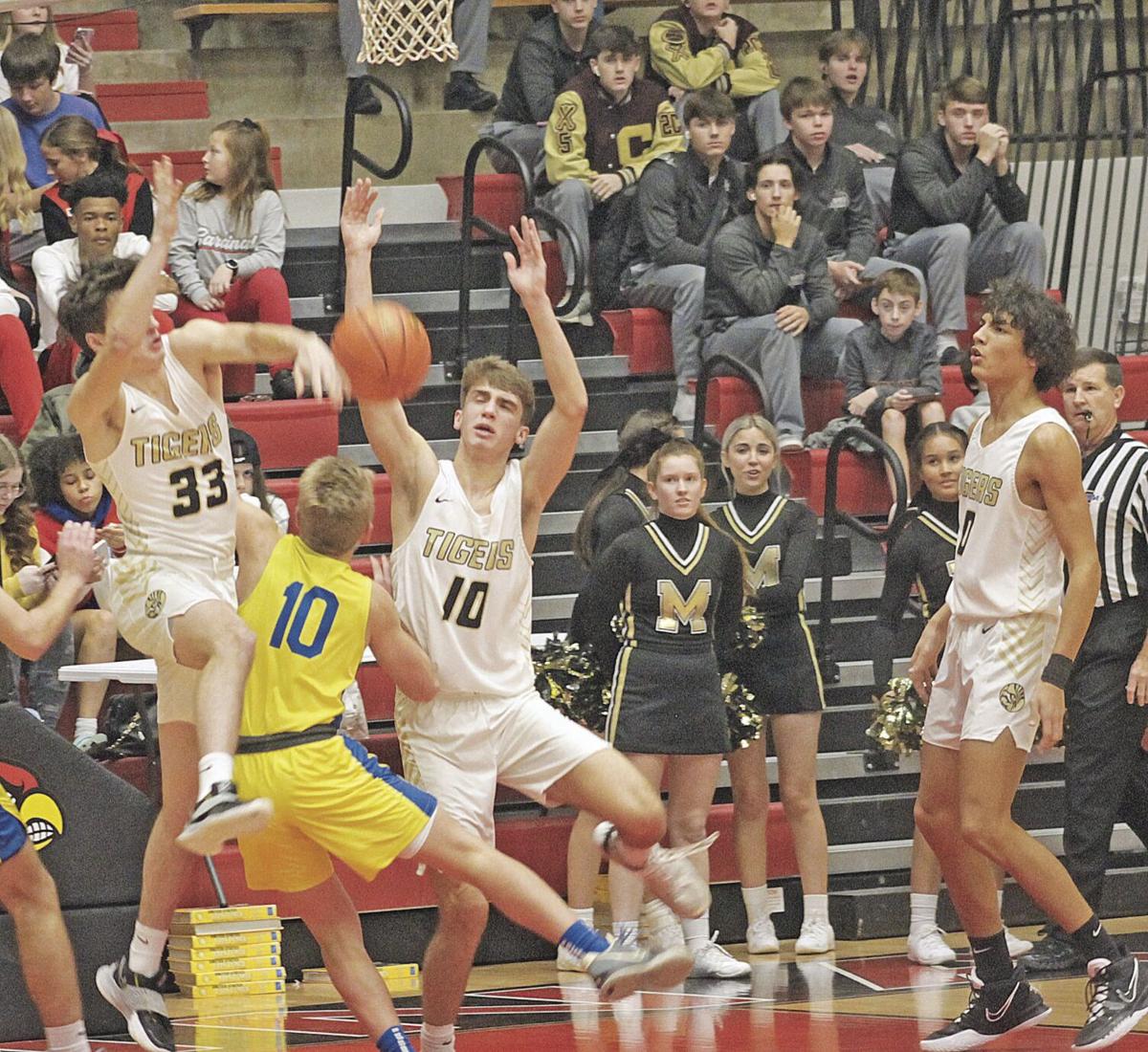 MAYFIELD — Murray High was not interested in being a headline referring to a massive high school boys basketball upset Friday night in the semifinals of the All-A Classic Region 1 Tournament.

Facing a Paducah St. Mary program with a reputation for springing an upset or two over the years, the heavily-favored two-time defending champion Tigers wasted no time in taking firm control. Using its trademark defense, the Tigers quickly set their running game into motion in building an insurmountable lead to roll into Saturday afternoon’s title game with a 68-23 win over the Vikings at the Mayfield Sports Arena on the campus of Mayfield High School.

Murray High (13-2) will now face the host Cardinals, who defeated a good Carlisle County team in Friday’s other semifinal. That game has been moved to 4 p.m. Saturday due to concerns of incoming winter weather. It originally was set for 8.

“Our guys were really motivated to come out and play well tonight and we really locked in on them on the defensive end,” said Murray High Head Coach Dior Curtis, whose team did not allow the Vikings (7-9) to reach double digits until 3:25 remained in the third quarter with the Tigers leading 47-10 and a running clock in effect.

“That was our focus. We wanted to come out strong early because we felt like we were the better team. St. Mary has a really good program and Coach (Chase) Denson does a really good job with them but we wanted to play really well to start the game. We wanted to take (a possible upset) out of the equation and knew that if we could get on them early, we could kind of put them away.”

The game was competitive for about five minutes as the Tigers’ stifling defense made finding scoring opportunities difficult for the Vikings. This was happening in multiple ways as the Tigers’ front court stood tall and harassed St. Mary shooters into poor shot selection, while the guards forced numerous turnovers out front that led to easy baskets.

By the time the first quarter was over, Murray High led 20–2. That lead would expand to 38-6 by halftime and 54-16 at the end of the third quarter.

As has been the case all season, Murray High had several players contribute to the victory. Three Tigers scored in double digits with guard Caleb Gill, who sparked the early surge with two 3-pointers, leading the way with 17 points. Reserve guard Kobe Watson and forward Lincoln English backed that with 13 points apiece, with Watson ending the night with three bombs, along with Gill.

“Caleb, of course, is coming off of football season, so he started a little slow but he’s been picking it up and hitting a lot of shots for us,” Curtis said. “I thought both Lincoln and (reserve forward) Zavion Carman were both big for us tonight (with English adding five rebounds and an assist and Carman scoring seven points and having three assists and two boards). Lincoln has the strength inside and Zavion has some height, so we try to get the ball down there as much as we can.”

In Tuesday’s blowout win in the first round against Community Christian Academy of Paducah at Murray, the Tigers had a banner night from two-point range, ending 24-of-29. Friday night, they were almost as effective at 18-of-25 as they had numerous shots from point-blank range. The Tigers also were a solid 7-of-12 from 3-point range.

As was the case in Tuesday’s win, the Tigers had a bit of fun in the late going. Tuesday’s win included baskets from several reserve players that gave the fans at Murray a big charge. Friday’s shenanigans had even fans of the other teams on their feet as forward Trey Boggess’ perfect alley-oop pass resulted in a thunderous two-hand dunk for forward Caleb Wyatt.

“He’s a senior and we actually practiced that (Thursday),” Curtis said as he broke into a big smile. “Yeah, I threw him the lob (Thursday), so I told him that he owes me all of the credit for that dunk.”

Point guard Grant Whitaker only had two points Friday but had four assists. As a team, Murray High had 18 assists in the win.