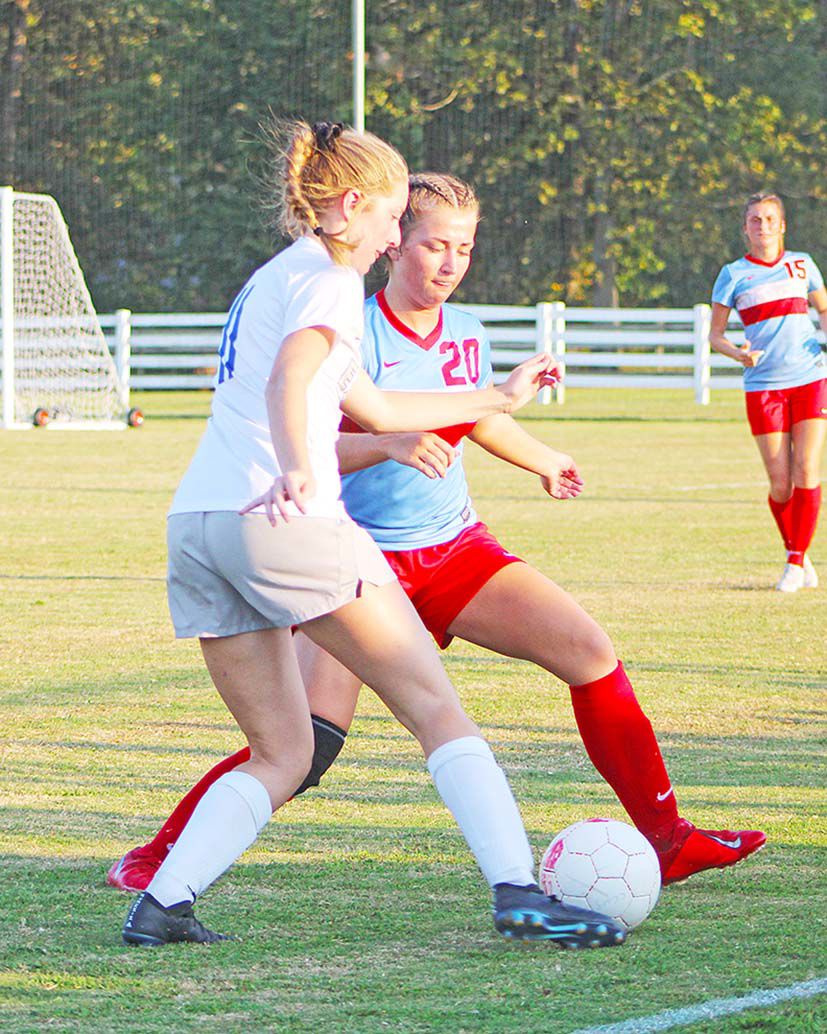 Solid defense from Calloway's Kaitlyn Price stops the progress of Graves County's Anna Whitaker in the first half that saw eight goals between the two teams. 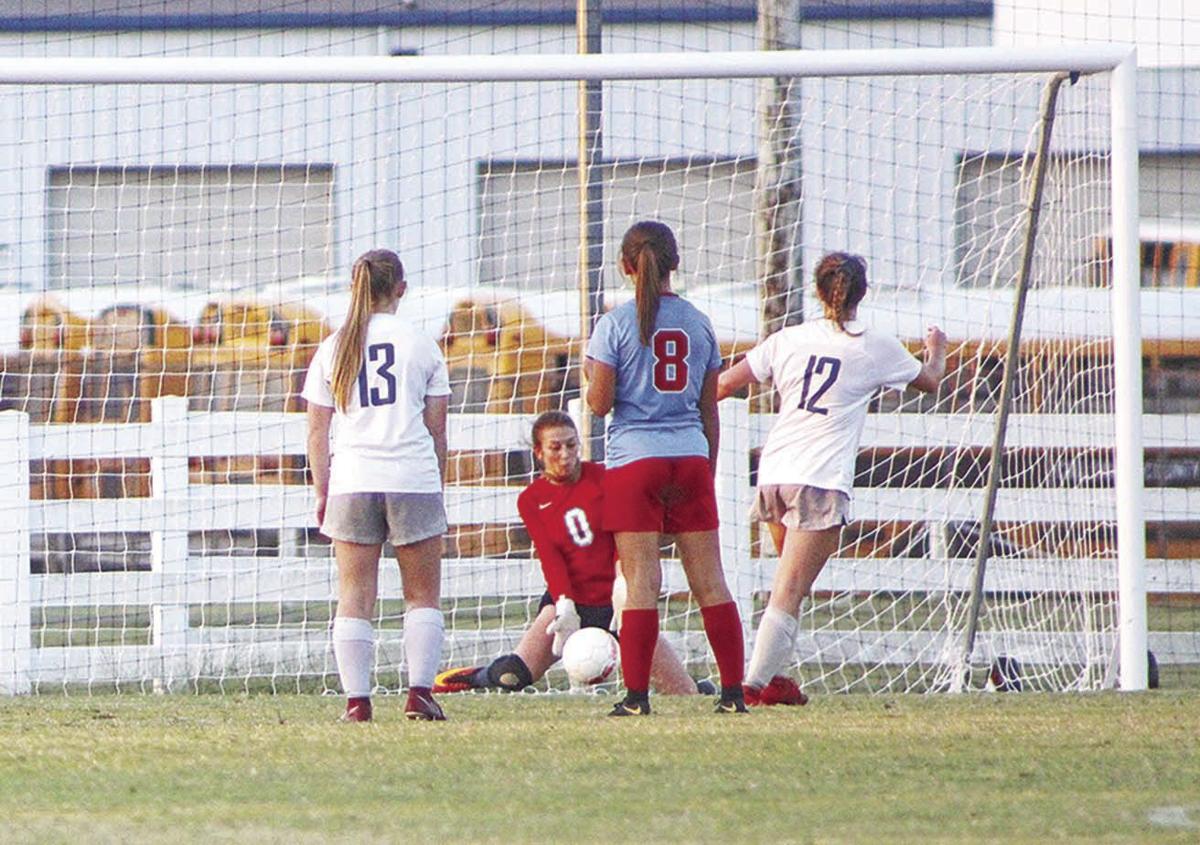 Sunny Clark (red 0) slides in front of the penalty kick shot taken by Raychel Mathis (white 12) in the second half of the district matchup.

Solid defense from Calloway's Kaitlyn Price stops the progress of Graves County's Anna Whitaker in the first half that saw eight goals between the two teams.

Sunny Clark (red 0) slides in front of the penalty kick shot taken by Raychel Mathis (white 12) in the second half of the district matchup.

MURRAY — For the second time this year, the Calloway County Lady Lakers came up one goal short against Graves County.

The first half was a scoring frenzy with the two teams combining for eight goals but they were evenly matched and the score was 4-4 at the halftime whistle. It stayed that way for the first 20 minutes of the second half, thanks in part by a save from Calloway’s Sunny Clark on a penalty kick earned and taken by Raychel Mathis.

“It’s just unfortunate that we gave up the PK, but it’s awesome that she can come through with that stop,” Stom said. “She played great. Grave’s coach really commended her at the end of the game when we were talking. He said she’s a great keeper and does a great job.”

With two halves that looked drastically different, head coach Jeremy Stom said he and the Graves head coach both made solid changes defensively.

“I guess we made good halftime speeches to our defense and got them linked together,” Stom said. “I thought both teams played much better defensively the second half.”

To further emphasize how even the two teams were last night, the total shots were 17-15 in favor of Graves and five saves for each team.

The scoring opened up with a goal from the Lady Eagle’s Ellie Carter in the 8th minute, but just a minute later Calloway County’s Zoe Stom scored her first. Within the first 21 minutes, both offenses would see three shots find the back of the net. Graves scored on a corner kick in the 15th and Mathis got her first goal in the 17th minute. Calloway answered quickly with a score from Elle Carson in the 19th and Stom’s second in the 21st minute.

“We were really good offensively connecting passes and hitting really good through balls and burying shots, but Graves was too,” Stom said.

One area that Stom said he saw some improvement from his team from the previous meeting with Graves to this one was 50/50 balls.

“I thought tonight we competed better for the 50/50 balls than we did when we played at Graves,” Stom said. “There were times on our goal kicks that they beat us to the ball, but some of that is that we aren’t kicking it to our team. After the Graves game (earlier this year) we talked about how we need to set upon our goal kicks and where people need to be position-wise.”

Mathis scored the go-ahead goal in the 70th minute and the Lady Eagles got some insurance from Nicole Bradley in the 72nd minute to go up by two. Calloway didn’t give up and scored on a direct kick just outside of the 18-yard box with Addi Schumacher putting it home, but they ran out of time. Exactly like the first time against Graves, the Lady Lakers were one goal away from a tie and possible overtime.

“We are one goal away,” Stom said. “If we can find a way to keep them off the board, I think we can score on them. We just have to find that good defensive unit that we had playing in that Marshall game. If we can get that group back the next time we play Graves, if we can come out with that intensity, then we can easily win the game.”

With the loss, the Lady Lakers no longer control their own destiny as far as attaining the top seed for the district tournament, but Stom said there is a “strong possibility” that they will meet again this year, and if the first two games are any indication, it will be a good game.