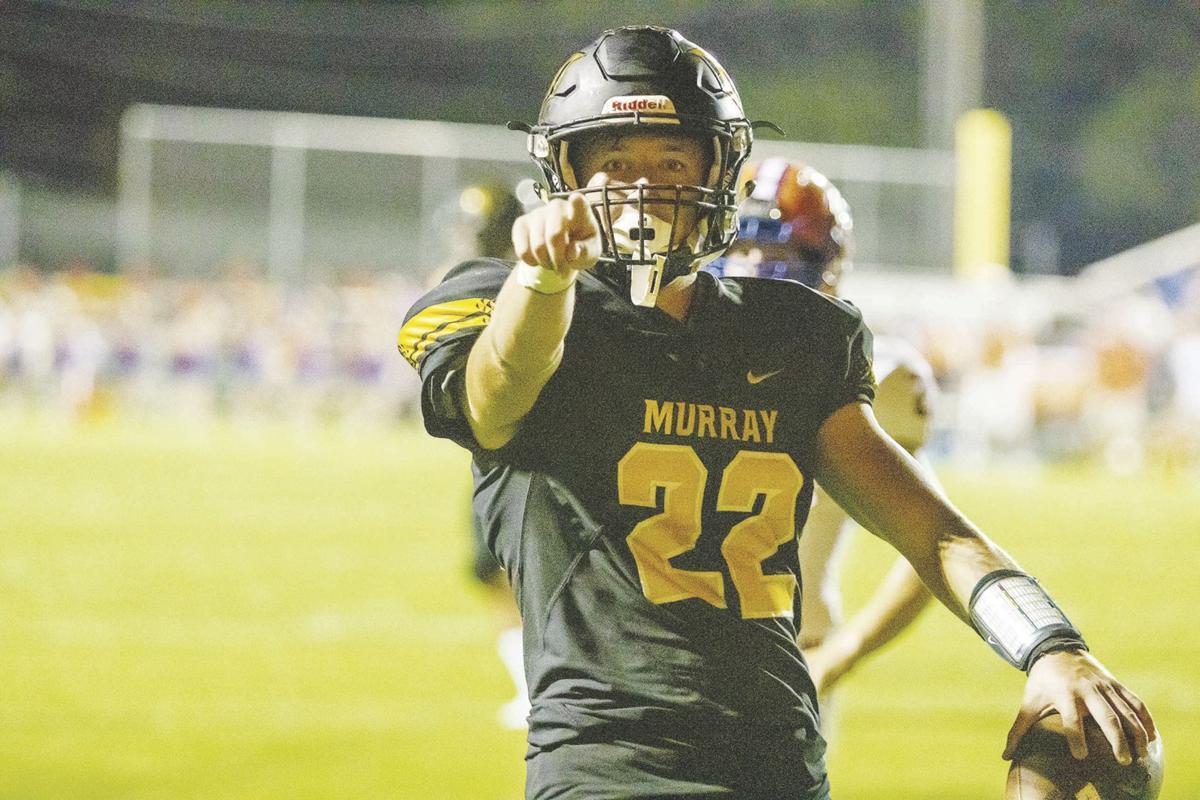 Tommy Waldrop suffered a broken collar bone in the final game of the season which meant he didn’t get the opportunity to say goodbye to his fellow teammates after the loss to Mayfield. 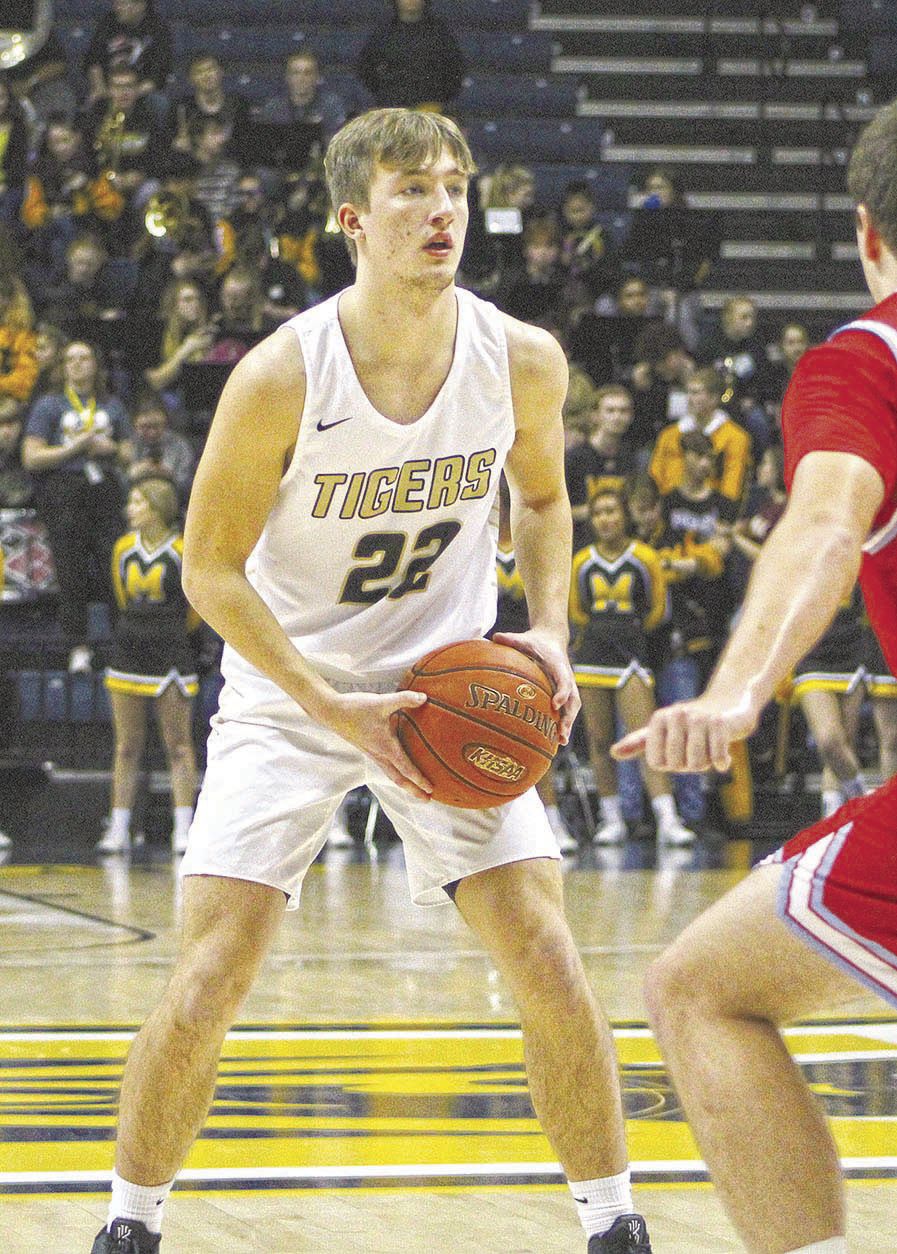 Tommy Waldrop returned to the basketball court after a long recovery process following his football injury and helped the Tigers finish with the top regualr season record in the region.

Tommy Waldrop suffered a broken collar bone in the final game of the season which meant he didn’t get the opportunity to say goodbye to his fellow teammates after the loss to Mayfield.

Tommy Waldrop returned to the basketball court after a long recovery process following his football injury and helped the Tigers finish with the top regualr season record in the region.

MURRAY — Injuries in sports are common, terrible, and sometimes truly devastating. This series will focus on high school seniors that suffered an injury that took away time from their passion — sports. Some cases are worse than others, but the one thing that remains true throughout is that as a senior in high school, there are no do-overs, no redshirts, no second chances to complete your full senior season in the sport you love. It’s simply over. For our fourth feature athlete, the injury spilled over from one sport to the next…

As the football season neared, the Murray High Tigers were prepared to make a run at their rivals, the Mayfield Cardinals. They had everything going for them, their quarterback returned for a fourth year and the offense was set to be more explosive than ever before.

A big part of that was senior tight end Tommy Waldrop. By the time the season got underway it was apparent that he was going to be a focal point of the offense.

“Going into football season, I wanted to have the best possible season and that took me working harder than I ever have before,” Waldrop said. “I didn’t expect some of the stats that I got, but the hard work turned into that eventually. I realized that I could do it and contribute in ways that I’ve never done before on the offensive side, and then changing positions on defense too.”

Waldrop led the team in receptions (71), yards gained (1,178), and touchdowns (16) through 12 games played. That’s not all he did either, as he led the team on the defensive side of the ball with 137 total tackles and finished second on the team with two interceptions. However, it was the second interception of the season that sent him to the sidelines for good.

“We were playing Mayfield in the playoffs and it was the second quarter,” Waldrop said. “We were getting beat pretty bad, but we weren’t going to give up. Jayden Stinson (Mayfield’s quarterback), was rolling out to the left and I was dropping into the flats. I think I was covering the running back, and Stinson threw it to the receiver behind me, but I went up and got it and broke the first tackle.

“As I was running I saw someone come into my peripheral and I tried to run him over and his helmet hit at the perfect spot, but I kept going and fell down after a couple of extra yards. Then, I just laid there thinking, ‘Dang, that hurt,’ and at first I thought it was just a stinger, so I got off the field and came out for a play. Our trainer, Lance Harper, started to feel around on it and said, ‘Is this spot usually pointy?’ and I felt it and instantly knew it was broken. That’s when it started to set in that my football career was over. It got pretty emotional and I got rushed to the emergency room.”

The diagnosis came back as a broken collar bone. With that, Waldrop realized that he wouldn’t play another snap of football, and it was something he had feared all season long.

“My senior year made me realize how much I love the game of football,” Waldrop said. “Knowing that games aren’t given and that my season could be over tomorrow, which it happened, but it made me appreciate football a lot more knowing I had to give it my all every game so I could remember my senior year and make it count.”

Despite the pain that he felt in the shoulder, there was a different pain in Waldrop’s mind as he sat in the hospital knowing that his teammates were still out there on the field against Mayfield. He was heartbroken that he didn’t get the chance to say goodbye and have a real moment of closure with his teammates.

“That was one of the hardest parts, because every year at the end of the football season we have the team gather and the coaches talk to us and then we all kind of shed a tear for each other and let the seniors go,” Waldrop said. “I wasn’t expecting us to lose, but I wanted to have that moment. That final goodbye with the seniors, and when I got to the hospital I knew that I wasn’t going to have that. We were already down by so much and when I heard the game was over it set in that my senior year was over and that I wouldn’t get that moment with those guys.”

Head coach of the football team, Keith Hodge, said that it was devastating seeing a kid like Tommy go down with an injury after all of the work he put in during the season.

“He’s a kid that’s extremely unselfish and Tommy just loved the game,” Hodge said. “We put a lot of pressure on him, starting in his freshman year to go play DB (defensive back) as a freshman which is really hard in today’s game because of the spread and everything you have to deal with. Throwing a freshman out there is tough, but Tommy responded and worked hard in the offseason every year.”

They moved him to linebacker his senior season and the results spoke for themselves with Waldrop leading the team in multiple categories. As devastating as the injury was for Waldrop’s football career, the next wave of reality that set in was that he would miss part of the basketball season as well.

“It didn’t pop into my mind until later that night that I had basketball season starting the next day,” Waldrop said. “So first I was trying to find out the timetable to when I could return and at first the doctor said it was going to be three months. For a second I thought, ‘Is he being serious?’ I’ve heard of broken bones that have healed a, lot quicker than that,’ but I didn’t realize how severe the injury was.”

His injury tested his patience and challenged him on a daily basis. Waldrop went from full mobility to a sling and was told to limit all movement with his arm. For someone that had never experienced anything like it, Waldrop handled it well.

“I was in a sling for about six weeks, and doing as little movement as possible,” Waldrop said. “That made a lot of daily stuff challenging. I was used to doing whatever I wanted without any restraints. When it got time for me to start rehabbing and working my way back, basketball became my rehab. I tried to strengthen my shoulder and get it ready to come back. I had to stay mentally engaged during practices, even when i was sitting out too. That was a huge part of the process.”

He continued to attend practices and hoped to return earlier than anticipated, but the fact that the team was able to string together multiple wins with him sidelined, allowed him to be patient with the recovery process.

“I started doing research trying to figure out how long it would actually take me and it helped seeing the team do so well at the beginning of the season, knowing that I didn’t need to be out there yet and that I could still contribute when it was my turn to come back,” Waldrop said. “Just knowing that they were growing on their own and learning as a young team was pretty special.”

After several weeks of rehabilitation and practices, Waldrop was finally to a point where he felt comfortable enough to suit up for a game. Still, he wasn’t at 100% but his head coach, Dior Curtis, felt like there was something he had to do for the senior—give him some minutes at the All-A state tournament. In his career, Waldrop had never reached that level and just getting to experience it for the first time was special to him, but the real moment of triumph came in the first game when Waldrop got into the game for his first athletic action since the collar bone injury.

“It was my first time at the All-A state tournament and me and coach Dior had talked about it and decided that I would dress but I wouldn’t play,” Waldrop said. “I was fine with that. I just wanted the opportunity to warm up and we were up on University Heights by about 20 points with a minute left and I thought, ‘No, he’s not going to put me in,’ and then the student section started chanting, ’T-Drop! T-Drop! T-Drop!’ and I thought, ‘Oh gosh. Here it comes,’ and coach put me in. I thought, ‘There’s no way I’m shooting,’ because I was pretty nervous. I wasn’t mentally prepared to get in and then I got a rebound and coach told me to go, so I went and scored a basket and it was pretty special getting to do that for the first time at the All-A state level.”

With that, the journey from injured to healthy was complete. Waldrop helped the Tigers to finish with the most wins in the region.